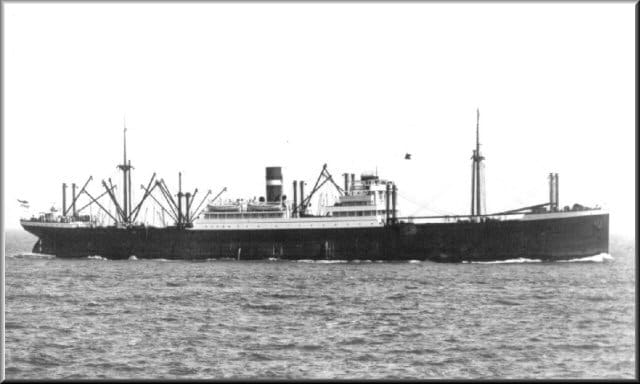 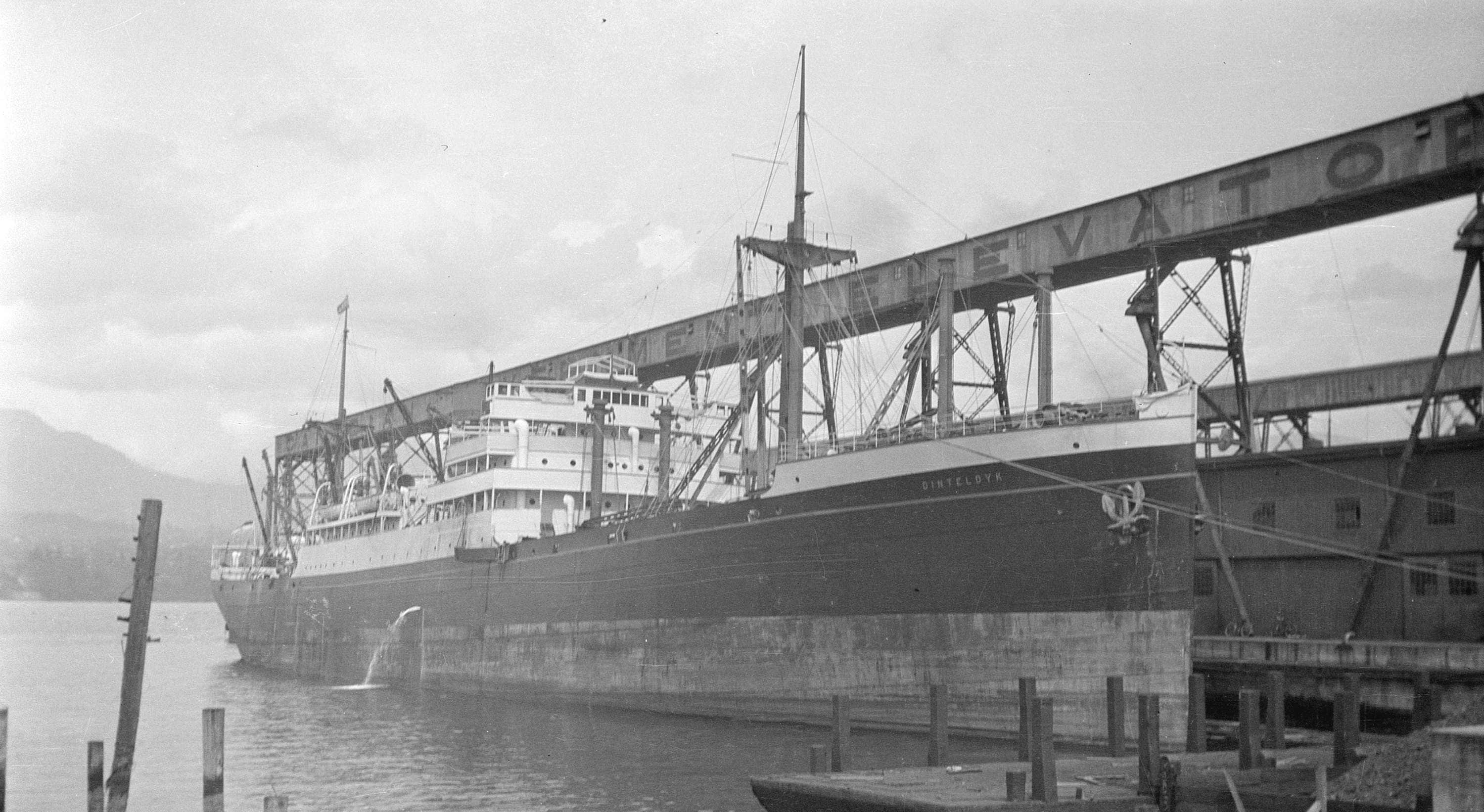 The ms Dinteldijk (I) docked in Vancouver sometime before 1939

Constructed of steel with two full decks as a cargo vessel. The ship was launched on 1 September 1921 and delivered by the yard on 10 February 1922 as the first deep-sea motorship for Holland America. Commenced her maiden voyage on 27 February 1922 on the route Rotterdam – San Francisco. Sailed on this service for her whole career. In 1926 her passenger capacity is increased to 18 by reducing the number of crew on board to 30.

The ship was docked at Rotterdam when the Netherlands were invaded by Germany on 10 May 1940. Here it is hit by incendiary bombs and the forward part of the vessel burns out.

The ms Dinteldijk (I) after having been scuttled to become a blockade ship.

The vessel remains laid up until it is seized by the German occupier on 13 September 1944 to be used as a blockade ship in the Nieuwe Waterweg (New Waterway). Sunk for this purpose on 23 September in the main fairway near the town of Maassluis. The remaining hulk is raised in the months May and June of 1946 and scrapped. 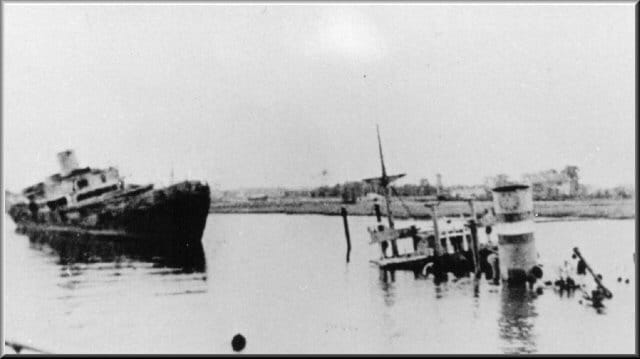 Another view of the ms Dinteldijk (I) the other ship is believed to be the ms Westerdam which was still under construction, when used for the same purpose. She  was in good enough condition to be raised, completed and put in service.