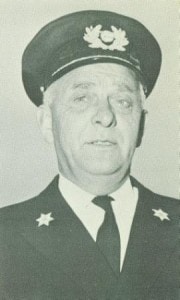 Captain Cornelis (Cor) Gerard Kooijman was born on 11 November 1904 on the island of Vlieland as the son of Andries Cornelis Kooijman en Barber Jacobs Roos. His father was the local police officer and was transferred on 30 aug. 1919 to the island next door, Terschelling. Thus his maritime education took partly place on Vlieland and was completed at the Willem Barentzschool on Terschelling. This school continues to exist to the current day. Captain continued live for the rest of his life on the West side of this island.

His first ship was the Vechtdijk where the officers were Dutch and mainly white and the whole crew consisted out of Indian sailors called Lascars. From then on he sailed on all sort of company ships and was outside Holland when the 2nd world war started with the following occupation.

Thus he sailed throughout the 2nd world war. During those 5 years, he did not see his wife an all and the only contact with home was by letters, sent via the Red Cross. Via a neutral address in Turkey these letters were then forwarded to the Dutch occupier and eventually delivered to the recipient. Although he never felt much pressure during the time, the doctor concluded that, his back pain, which developed during this period, was due to the tension experienced during this period. Also the captain said, long after his retirement; “ every time I read a book about the war at sea, I still start to perspire”.

Most of the war he sailed on convoy, sometimes on ships loaded to the rim with explosives and enemy planes flying all around. He was moored in London when the London Docks were being bombed and saw London go up in flames but the ship get through unscathed. In the same way he sees the Delftdyk of the company run on a magnetic mine just ahead of his own ship but again he comes through without a scratch.

Another lucky escape is when he sees a periscope appear above water while on the way to New York. Full ahead is ordered but the German follows. His chance came when the ship had to slow down for the New York pilot, but luckily just then an airplane flies over and the submarine has to dive.

He was also present, and lucky again, when his ship was in Singapore and the Japanese attacked the city. While the place was going up in flames, the ship slipped out of the port and by sailing as close as possible to the tree line on the shore, to stay out of the sight of the Japanese airplanes, it manages to get away. The ship sets course for Sumatra (Dutch East Indies) and gets into the Indian Ocean unharmed.

Another piece of luck was when he had to join his ship in Capetown as part of a transfer. He was sailing on a Swedish ship loaded full of airplanes. After arriving in Capetown it became clear that his ship was not there but was docked in Durban. The captain of the Swedish ship said that he could stay on board and sail with him to Durban as the ship was going there anyway. Captain Kooijman decided not to do that. Later on he met this Swedish captain in a hotel in Durban who told him, that on the way to Durban his ship had been torpedoed and sunk. He had been picked up by a tanker and was just busy with cleaning himself up, when this tanker also got torpedoed. Several of the tanker crew and some of those they had just saved, perished in the ordeal.

Later in the war he sails on the Nieuw Amsterdam who often sailed in fast convoy’s with the Queen Mary and the Queen Elizabeth. The Queens mostly ran the North Atlantic shuttle and the Nieuw Amsterdam would then continue into the Mediterranean.  Although most of the time protected by heavily armed navy ships, the NA would still come under airplane attacks while in the eastern part of the Med. Still the Nieuw Amsterdam was never hit.  Luckily so, as on board were most of the time over 7000 troops, not counting the 400 odd crew. One trip he had over 4000 pilots on board, who were very scared about being on a ship. They preferred to be in a flimsy plane at all time over being in heavily built ship. Captain Kooijman tended to disagree with them.

During the invasion of Normandy, the captain was present again and was sent with his ship to Omaha beach. Although, by that time, there were no airplane attacks anymore, the beach area was the worst of them all to be at with a ship and there were many mines floating around.

When the war came to an end his ship was sailing near Barbados. The moment the news came, all the ships switched on their lights again and the convoy was disbanded.

He arrived home in Rotterdam in June 1945. He was giving only one night off and then had to sail again.

In 1949 he was promoted to master for the first time on the Axeldijk and received his official letter of command on 18 December 1950. As was usual in these years, you started in each rank on the smallest ship and then worked your way up. By 1958 he was master on the ss Maasdam. After three years he was promoted to the ss Rotterdam, the flagship of the company, and was alternating with the Commodore of the company. Not long after he was promoted to the regular captain of the ship and received his Commodore rank on 17 November 1963. He departed 28 November for his first voyage in this position on the Rotterdam

On 7 July 1964, while on board the ss Rotterdam, drs. H.J.H Janssen of the Dutch Ministry for Waterworks presents to him the honour of being appointed as an Officer in order of Orange Nassau. This took place in the Ritz Carlton lounge in the presence of the Directors of the company.

Another honour came on 31 October 1964 when he receives the silver KNMI medal (same for the captain’s Rol, Snelleman and Busser) The Royal Dutch Meteorological Institute had an Honour system for those who submitted weather observations. There were gold silver and bronze medals and also barometers were handed out.

The Commodore retired on 12 November 1964. As a gift he received the commodore flag from the company, which had been flying on his ship each time he was in command.  This flag was the regular company flag (Green, white, Green horizontal bands with NASM in the centre white band and with the 6 pointed orange star in the left top corner).

Commodore Kooijman was present during the years when the company added more and more cruises to its schedules. He made several world cruises while in command on the Rotterdam. In those years the guests were very rich and money was no object. In those days these ships were called the “Fur-coat boats”, due to the ladies evening wear.

Some anecdotes of this period:

Once, ALL the crewmembers received an electric shaver as a gift from one of the guests. The regular ships complement was around 650 persons.  It is unclear what the female crewmembers thought about such a present.

At another time, there was a lady, who reserved the two most expensive cabins on board the ship. One for herself and the other one for her wardrobe. When asked why she did not buy a cheaper one for her clothes, she said that she did not want to walk that far down the corridor to get her next dress.

Hotel crew did not fare badly by these people; the Chief Steward once received a $1000 tip. A lot of money in 1960. Neither did the commodore. Two brothers who regularly sailed with him, decided to throw him a farewell party in the Kurhaus in The Hague. (Arguably the best and most expensive hotel in the Netherlands)  To get all the guests there from the States, they had to hire a whole deck on one of the ships for the transport across to Holland.

In 1976 the commodore was once again on his old ship but now as a passenger during Operation Sail in New York. All the Windjammers sailing by made a deep impression on him as well as the salute from one of the American navy ships to the Rotterdam with all the sailors lined up around the deck. 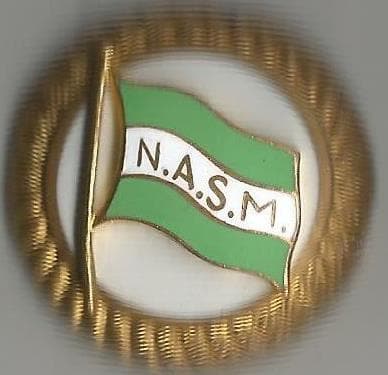 The HAL cap logo as worn in the 1950’s and 60’s. (Badge donated by Mrs. Ginny Husen, now in the collection of the author)

One of the readers responded ( Mrs. Ginny Husen) how she travelled first class  (with only 3 of her age in that class) on the ss Rotterdam in 1963.  She was 17 years old at that time and the Commodore had the habit of inviting young people to his cabin for tea. During one of those visits Capt. Kooijmans gave her his cap badge. She had a small hole made in it and then wore it as a piece of jewellery.

It was quite an experience for a 17 yr old girl. And only 3 of us my age in 1st class.  As you can see, I had a hole put in the medallion and wore it as a piece of jewelry for a few years as I went on the Rotterdam 3 more times over the next 3 years. 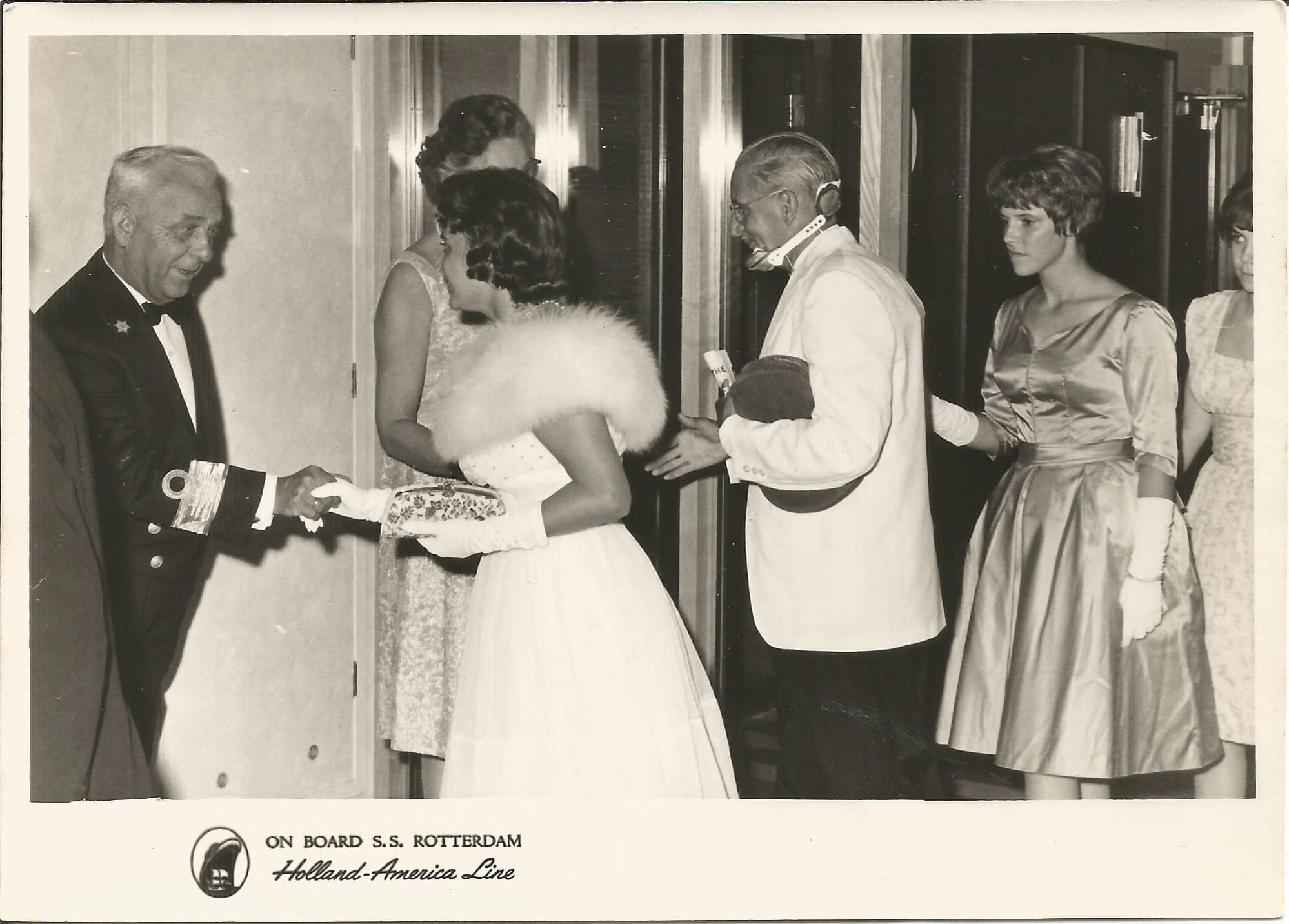 Mrs. Husen and her parents on the ss Rotterdam in 1963. Those were the days. Ladies wearing gloves and all dressed up for a wonderful night out.  (Photo courtesy; Mrs. Ginny Husen)

(Includes information fom Article of the Leeuwarder Courant of 24 November 1979 and with thanks to Chief Officer (Now Captain) Ane Smit, who lives on the Terschelling and knew the Commodore when he was young)