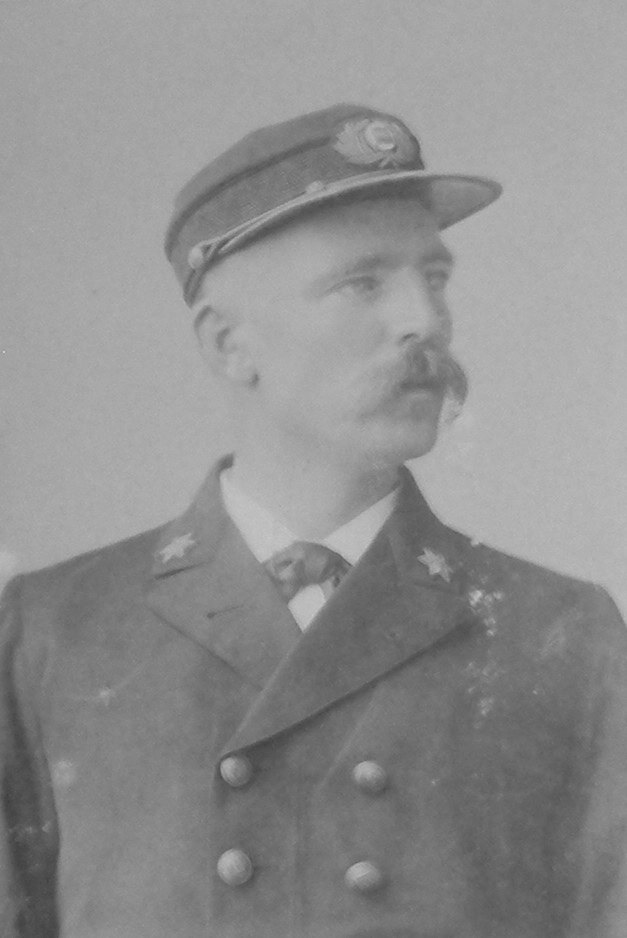 The area he was born in was one of large families and with not enough work locally, it was either living in poverty or going to sea. The Council Registers indicate that there were six brothers and sisters. As result there was a very large seafaring community in the area and the centre of everything was the town of Veendam located nearby.  Holland America employed several captains who came from this area, especially in the years before 1900.

Thus Wlbrandus went to a maritime school somewhere (most likely Veendam) and joined the large sailing fleet operated out of the area. Many of these sailing ships sailed to the Baltic for wood cargo’s and related in the summer time. The large ships were normally docked in Rotterdam. The Holland America records give that he obtained his First Mate Unlimited Sailing Certificate on 14 June 1888. That would also been enough to sail on the Steamships as “steam training” was only slowly starting around this time at the Maritime Schools.

In the same year on 01 March 1888 he marries at his hometown Trijntje Sterrenberg (Locally born on 11 Apr. 1868 as the daughter of the local innkeeper Sarenus Sterrenberg and Zwaantje Duit), There were in total 4 children and here we see proof that most of the HAL officers and captains from those days knew each other very well. To make this story complete, the mother of his wife, Trijntje was also a Duit. Her father  had a brother, Garrelt Janssen Duit and his son was John Garrelt Duit (1842 – 1922) who also became a captain.

Son Derk was born on 20 July 1887 at Oude Pekela. He became an engineer (tba if he also worked for HAL) and he later married Hendrika Geertuida Kok on 29 December 1921.

Daughter Zwaantje was born on 04 December 1888 at Oude Pekela. She married Lambertus Rijnink on 22 September 1910. Lambertus Rijnink also sailed for Holland America Line and became captain. He can be found under his own heading on this website.

By now Chief Officer Duit had moved his family to Rotterdam. Understandable as it was not an easy journey to go from Rotterdam to Oude Pekela between voyages.

In Rotterdam was born:

Daughter Frouwina Hendrika born on 11 November 1891 At Rotterdam  and she married Aldert Andre Potjer on 04 November 1915. He was family of the Holland America Line Captains Andries and  Aldert Potjer (See also on this website) Andre also went to sea but for the Netherland Line out of Amsterdam.

The last child was Saernia Pietronella born on 18 March 1894 at Rotterdam and she married Willem Meulkens on 16 March 1916. (Editor: I believe he also went to sea as there is a Willem Meulkens who finished the Maritime Academy together with Lambertus Rijnink. (a) 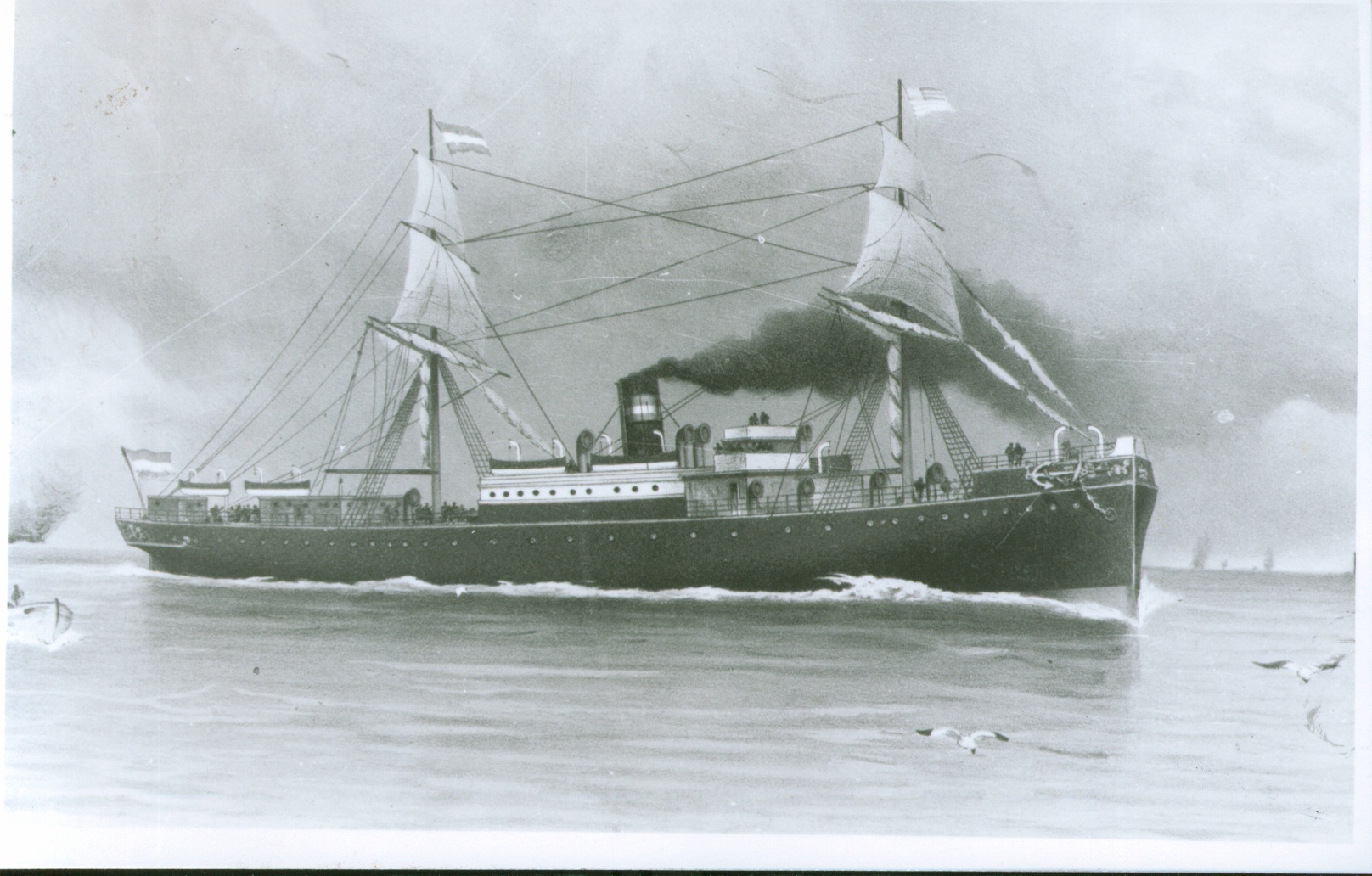 The ss Edam (2) This is a photo of a drawing/painting as there are no photos known of this ship.

Shortly after his wedding Wibrandus joined the Holland America Line as a 3rd Officer. This first ship was the ss Edam and two years later he does a fill in voyage on the P. Caland as Captain. Then he remains Acting Captain (e.g. fill ins) for a considerable time as the company loses some ships and there is no expansion only replacement.

In September 1896 he receives his permanent assignment as Master but then the ship is sold and he returns as Chief Officer only to be promoted again shortly after. This assignment on lasts for a month as then the records show that he was relieved of command and put on standby. This could be for various reasons but then in April he is dismissed from the company. (In Holland America language, this can mean he was dismissed or he resigned) 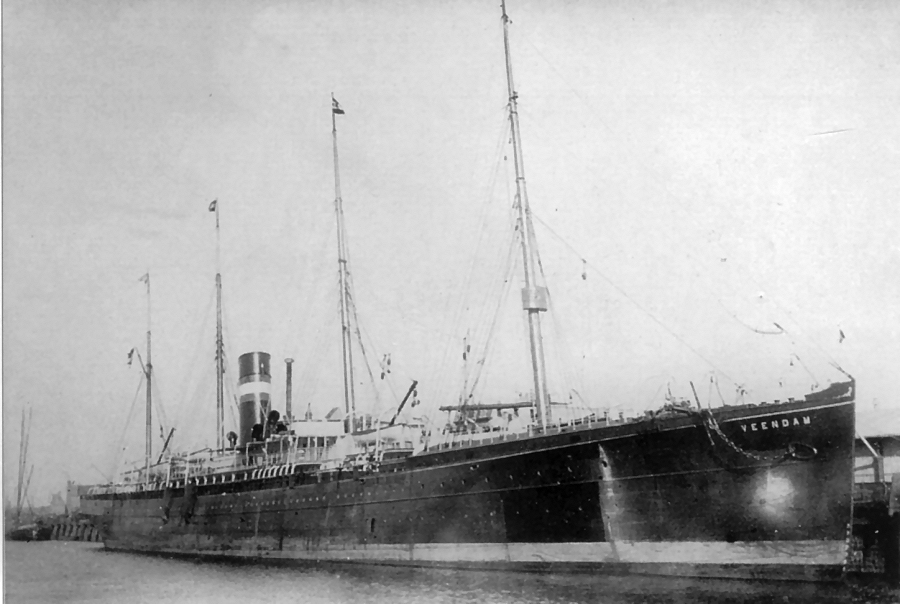 Shortly after he is on record as being captain of the ss Heelsum of the Amsterdam based company Maatschappij Oostzee. With this  company he stays until 1903 and then the records stop. (d)

Only to resurface again in 1910 when he is still sailing for the same company but now on the ss Farmsum.  He was summoned to attend a meeting of the Dutch board of Inquiry inregards of  shifting and the loss of a deck cargo of wood during a storm on the North Sea. The captain was considered not guilty in this case but the company was warned to be more careful with the height of storing deck cargo,

Captain Wibrandus Duit passed away on 01 October 1912 at Rotterdam. The death announcement in the newpapers indicate that he passed away after a long illness; was a grand father and had been married for a 2nd time.  He was buried on 07 October at the Crooswijk Cemetery in Rotterdam. 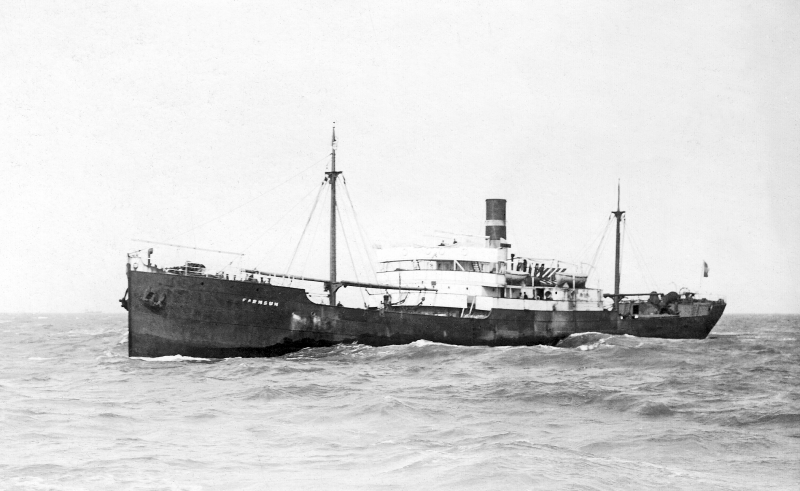 ANY EXTRA INFORMATION WILL BE VERY MUCH APPRECIATED