NOTE FROM EDITOR: AS YOU CAN SEE FROM THE BELOW I HARDLY HAVE ANY INFORMATION NOR PHOTOS FROM THIS CAPTAIN. IS THERE ANYBODY OUT THERE WHO COULD HELP ??? THAT WOULD BE MUCH APPRECIATED.

This is a captain whose life is one big mystery, most likely because he passed away before he could reach the passenger ships where he might have stepped a little bit more into the lime light. Born in the Dutch East Indies at Padang, Bali, there is already the first mystery. His father was Wilhelmus Cornelis Swaan (born 17 Aug. 1845 at Bergen op zoom the Netherlands). His mother was  Jeannette Antoinette Auguste Coelen. (Geb. 05.07.1852 at Batavia, Dutch East Indies).  But when he was born, the announcement in the newspaper only gives the name of his mother. Did his father pass away before the birth, or was he away? His father was a Captain in the Dutch East Indies Army. We do not know.

The company records state that he obtained his 3 mate’s certificate in 2 steps in 1896.

Because he joined the HAL on 29 March 1897 as cadet for a six month period, it can be assumed that he sailed for six months with another company as a cadet as you need 12 months sailing time to sit the full exam. Once he passes the first part of the exam he rejoins the company as 4th. Officer. 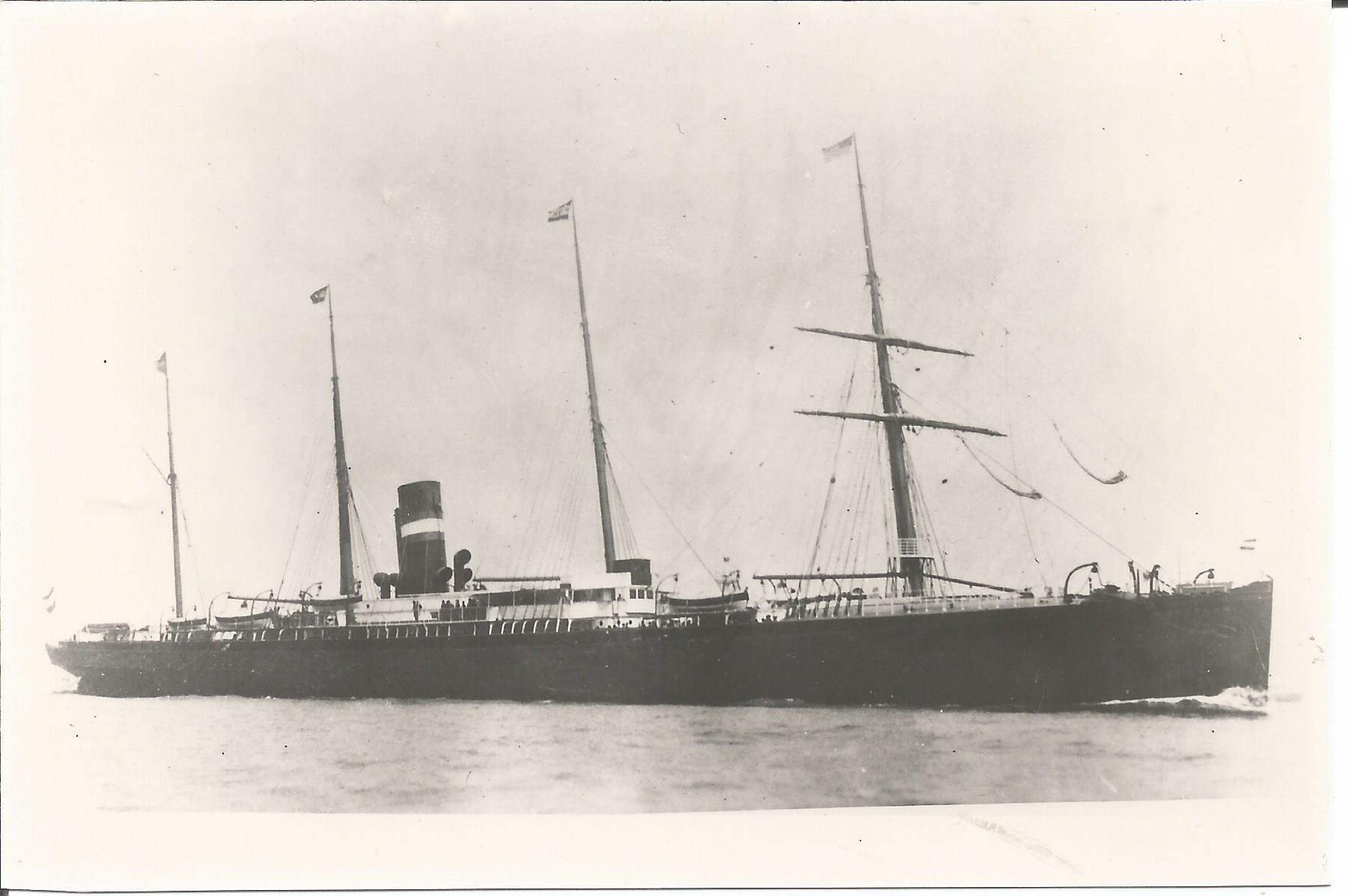 The ss Maasdam (II) in service for HAL. This ship was built in 1871 for the White Star Line of Liverpool and then sailed in charter for various company’s. It was bought by the HAL in 1889

Even with the time away from the company, he rises quickly through the ranks and is promoted to captain on 08 November 1909. On 10 May 1910 the records indicate that he was put in command of the ss Statendam (!) but this was only for the lay up period between 10 May and 10 June after which he joins the RNR again for the next training session. Upon return he is given command of the ss Soestdijk (I) 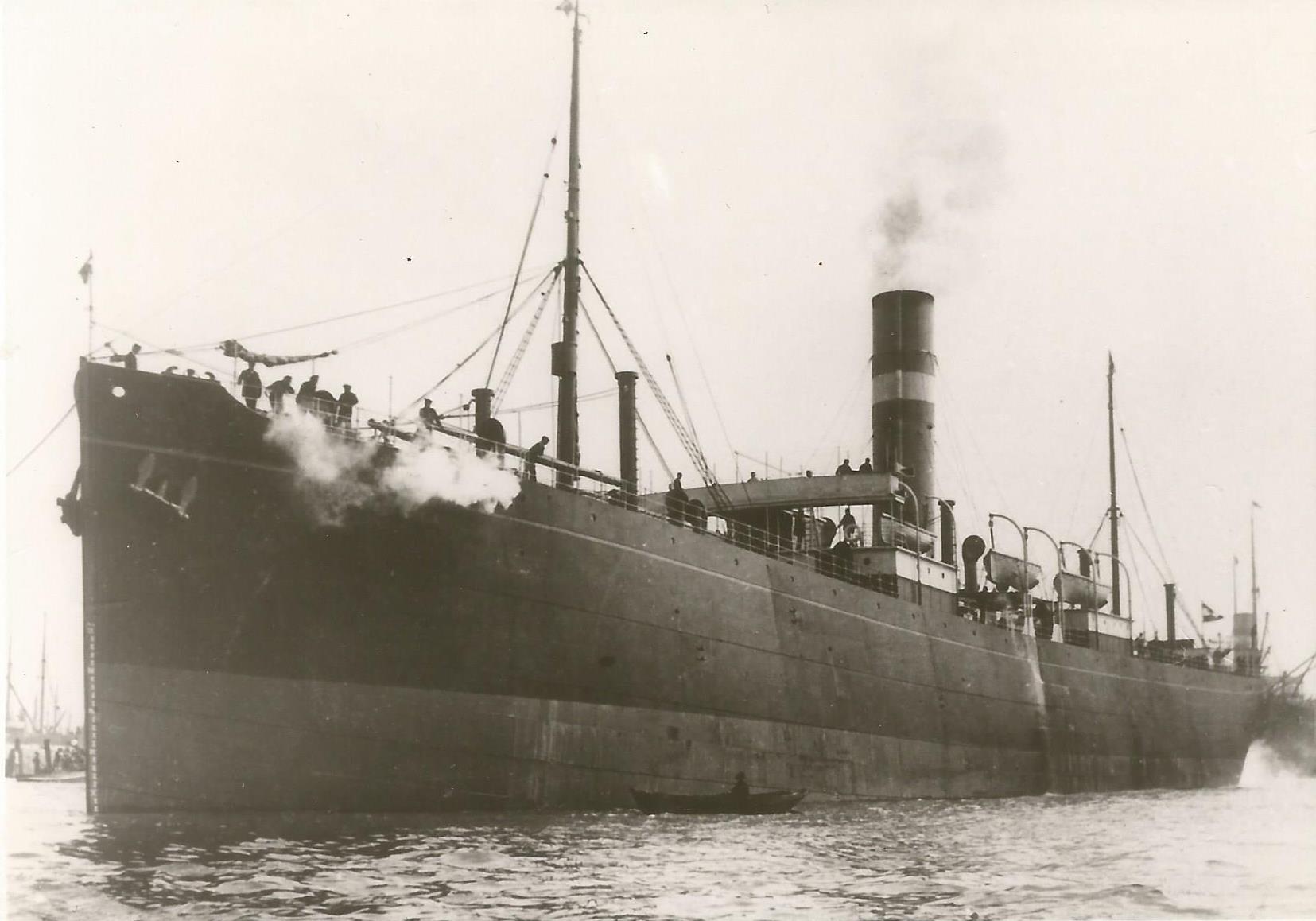 The ss Soestdijk (I) was built in  1900 for the service to the East coast of the USA . In 1918 se sailed as an USS cargo ship  and was sold in 1923 to Italy. Note the steam near the bow. This is the safety valve of the anchor windlass blowing off.  Nothing special but it looks quite dramatic.

This ship was employed on the service to the North American East coast ports. Sailing from Rotterdam to Newport News, Philadelphia, Baltimore, Boston and New York depending on where the cargo was. On 30 Dec. 1911 the ship departs for voyage 66 from Rotterdam for a voyage to New York. Here it stays in port between 16 and 24 January and then returns to Rotterdam.  On 03 February he falls overboard in position 40o North / 23o 38West which is in the middle of the North Atlantic.  It was assumed that he must have fainted and fallen over the railing as there were no witnesses. It did not happen on the bridge. It was 10 am. in the morning but as nobody saw it happen, the body was never retrieved. The Staff Captain L. Rijnink and takes over command and brings the ship back to Rotterdam on 09 Febr. He remains then in command of the ship for one more voyage until 02 April when the regular relieve (Capt. Van Dulken newly promoted to fill the gap) comes on board.

What is of interest, is a note in the Hurman Resources log for the captain. There is an entry about what a good man he was. This is rather unusual as Holland America has never been a company to sing the praises of their captains in the internal files:

If not the best, then still one of the best, capable / skillful, and sympathetic officer. Son of a Captain in the Dutch East Indies Army.  Polite, lucent, reliable, robust man

Captain Swaan was not married and did not leave any direct family behind as far as is known apart from his mother and a brother and a sister. (c)