This part 5 will bring the company history up to arrival of the Covid-19 Pandemic.

After the arrival of the Eurodam it was decided to add one more ship to the Signature Class which was an upgraded Vista class. This original Holland America design was considered very successful and gave options for modification and upgrading. Hence Holland went for the Signature class and  Cunard revamped the design in such a way that it would be suitable for world cruises and built the Queen Victoria and the Queen Elizabeth. 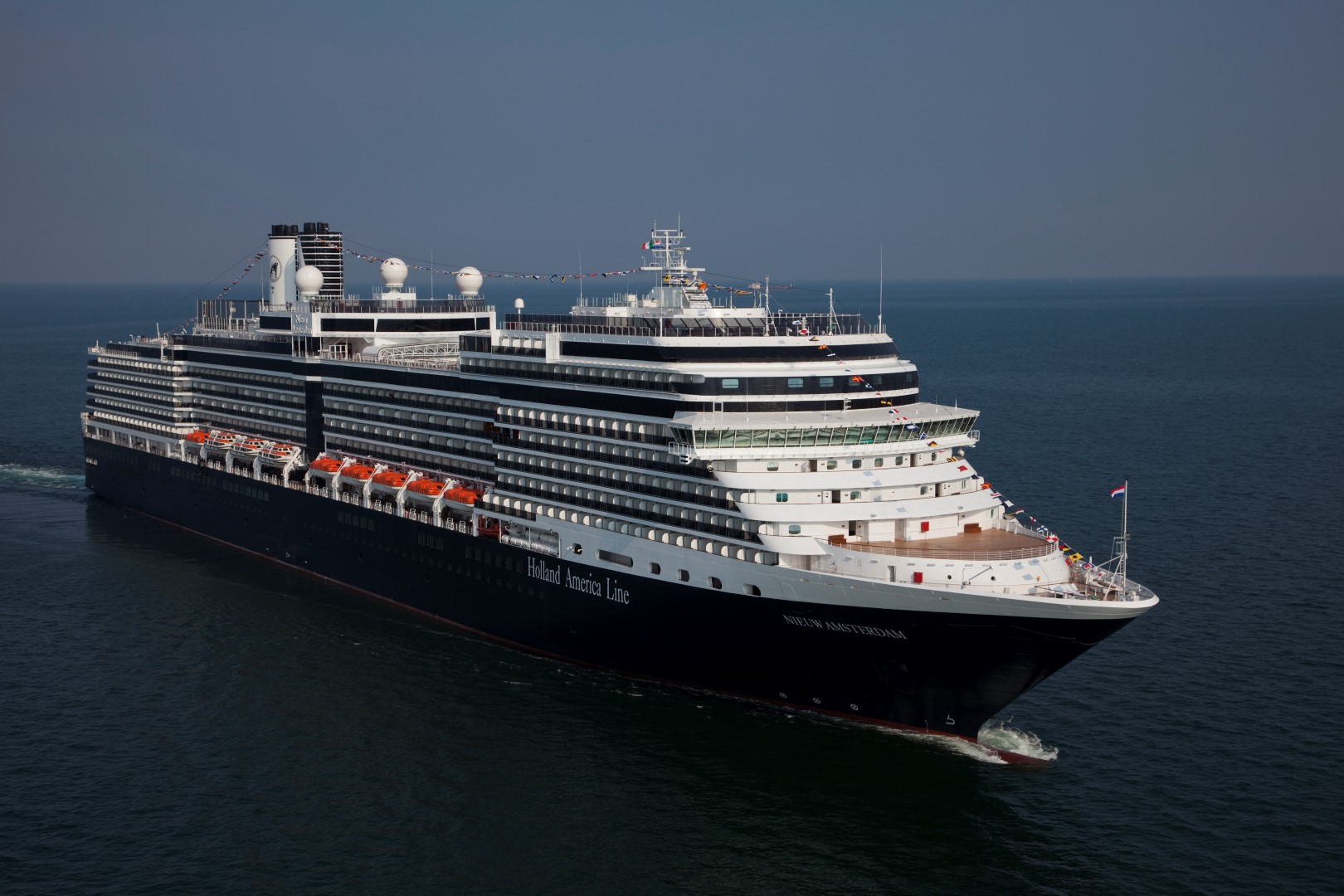 The ms Nieuw Amsterdam  (IV) entered service and with this ship Holland America decided to revert to using a name out of its history as we already had a NA in 1906, 1936, 1983 and now in 2010. One consistent  item in the designs was that each ship was slightly larger than the one before caused by the desire of many guests to have a balcony cabin.  But while balcony cabins sold well so did more restaurants as the Signature class  had an additional restaurant located in front of the funnels. Dedicated to Asian fusion dishes it was an instant hit. The next class of ships would continue this trend.

The first design photo issued of the new Pinnacle class.

In July 2013 the next new build was ordered. A 90,000+ tons ship which was to be an evolution of the Signature Class. But eventually a base design of Costa (Costa Deliziosa Class) was used by Fincantieri to be able to deliver the new ideas of the company in regards to guest service and amenities. Around 2500 guests where to enjoy a cruise experience which was to be remarkably different to what had been offered by Holland America  until now.

The Pinnacle class would eventually consists out of three ships, ms Koningsdam, ms Nieuw Statendam (VI) and the Ryndam (IV).  Emphasis was now laid on food and music with more speciality restaurants  and several music venues to offer every guest something of their liking. Focus point in this concept was the “World Stage”  with a 270o digital wall which made it possible to give every guest the same view  and create an theatre experience whereby the performers were surrounded by the guests.

The structure of Carnival Corporation was somewhat changed with the creation of the HAL Group. Holland America, Princess, Seabourn, P&O Australia and the Alaska Land Operations were clustered into one group as their operating areas where considered compatible. Separate Head Offices, Marketing and Human Resources organisations were retained but the support parts, such as Deck, Engine and Compliance were merged into a joint Marine Services division. Alaska had shown that a close cooperation between Holland America and Princess Cruises worked very well and this was now built upon.

As a result ms Statendam (V) and ms Ryndam (III) were transferred to P&O Australia for service around the Australian Continent. The gap left behind was filled by the arrival of the ms Koningsdam. She entered service in March 2016. With a Gross tonnage of 99,836 tons, a length of 299.80 meters and a Max. guest capacity of 2650 she was considerably bigger than anything Holland America had ever operated before. Guest focus was on Music and Culinary experiences. For this there was the Music Walk which meandered through the ship passing by various venues such as Revue shows, Billboard (Contemporary), Lincoln Art Center (Classical), BB King (Jazz) and Rock Lounge (Rock and Roll). Six Restaurants were available not counting other smaller food outlets. 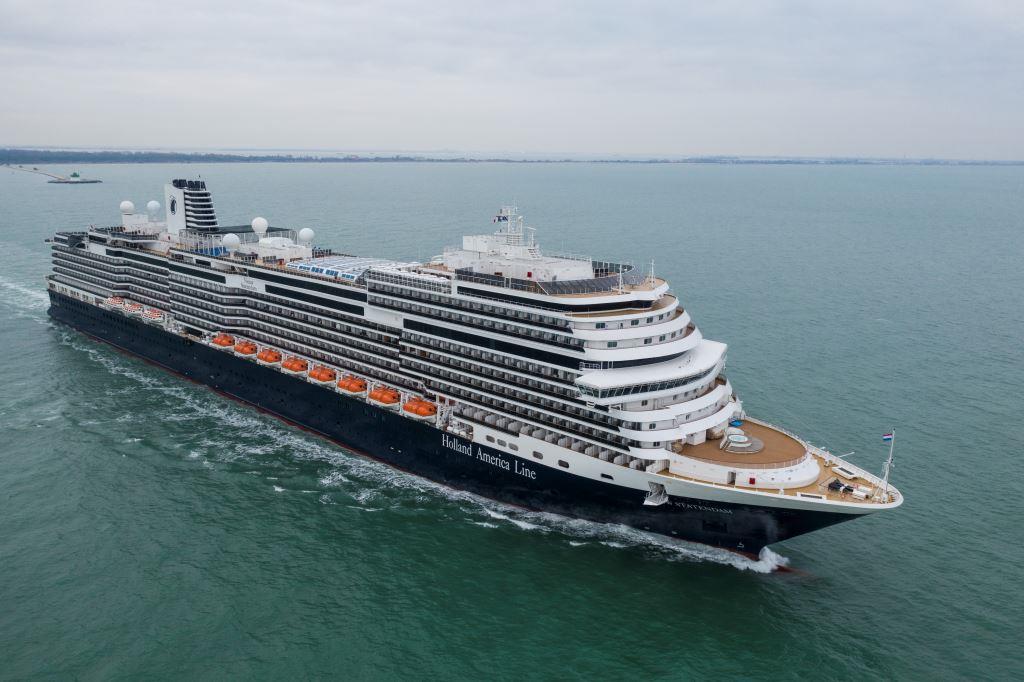 ms Nieuw Statendam (V). Although the ship has the prefix “Nieuw” the company has indicated that it is still a continuation of the established name Statendam. (Photo courtesy: Holland America Line)

Ms Nieuw Statendam (VI) followed in December 2018 and the 3rd ship ms Ryndam (IV) was scheduled for May 2021. The Pinnacle class of ships was destined to operate in Europe in the Summer time sailing from Amsterdam and Rotterdam. The Dutch market which had never been very big was now also expanding and with the Dutch love for public transport it was extremely handy to have the cruise terminals in the center of the city. 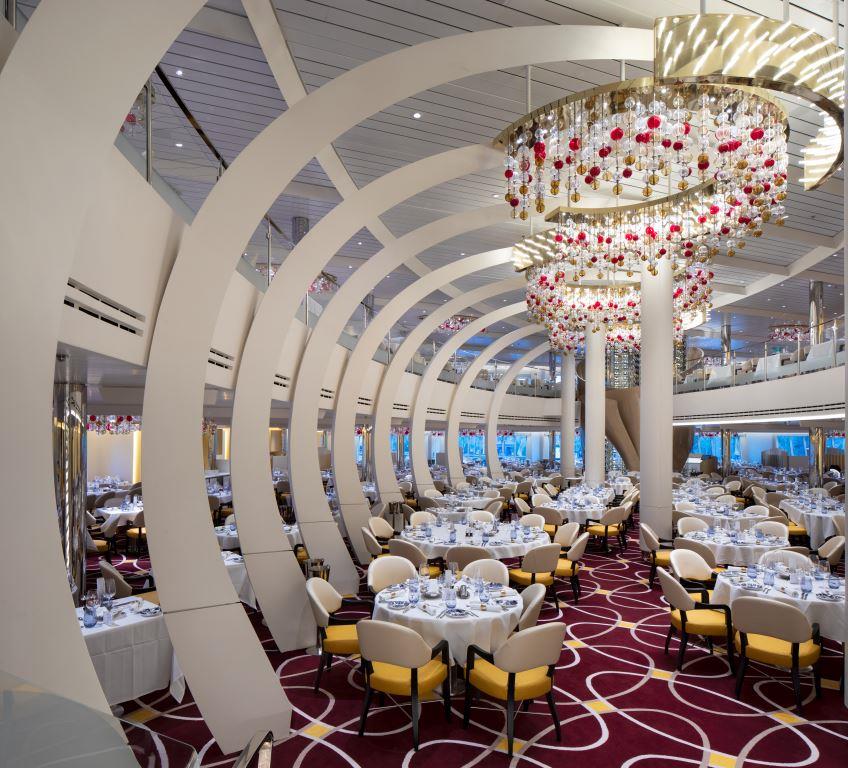 For the summer of 2020 the Koningsdam was assigned for the Alaska trade as the competition was bringing in ever larger and larger ships and with limited docking space smaller ships would be relegated to anchorages or would have to forgo calling at the main ports at all during certain days. The plan did not work out as in the first week of March 2020 the Covid-19 virus put a stop to the sailing of all the cruise ships.

In the mean time the construction of the ms ryndam (IV) was on schedule. Because Fincantieri had a large order book, but also because it had to keep a large number of shipyards busy the forward part of the ship was constructed in Palermo Sicily and then towed to Marghera (near Venice) to be welded onto the aft part of the ship which was constructed there. Taking the forward part to Palermo and finishing the ship off overthere would have been more of a challenge as it would mean a much longer journey for the sub-contractors who were going to fit out in interior of the ship. Thus the ship was going to be completed at the yard where all the HAL ships have been built since the Veendam  (IV) of 1996.

The bow was launched on 03 October 2019 by a Lady Shipyard worker and then sent on its way to Marghera. 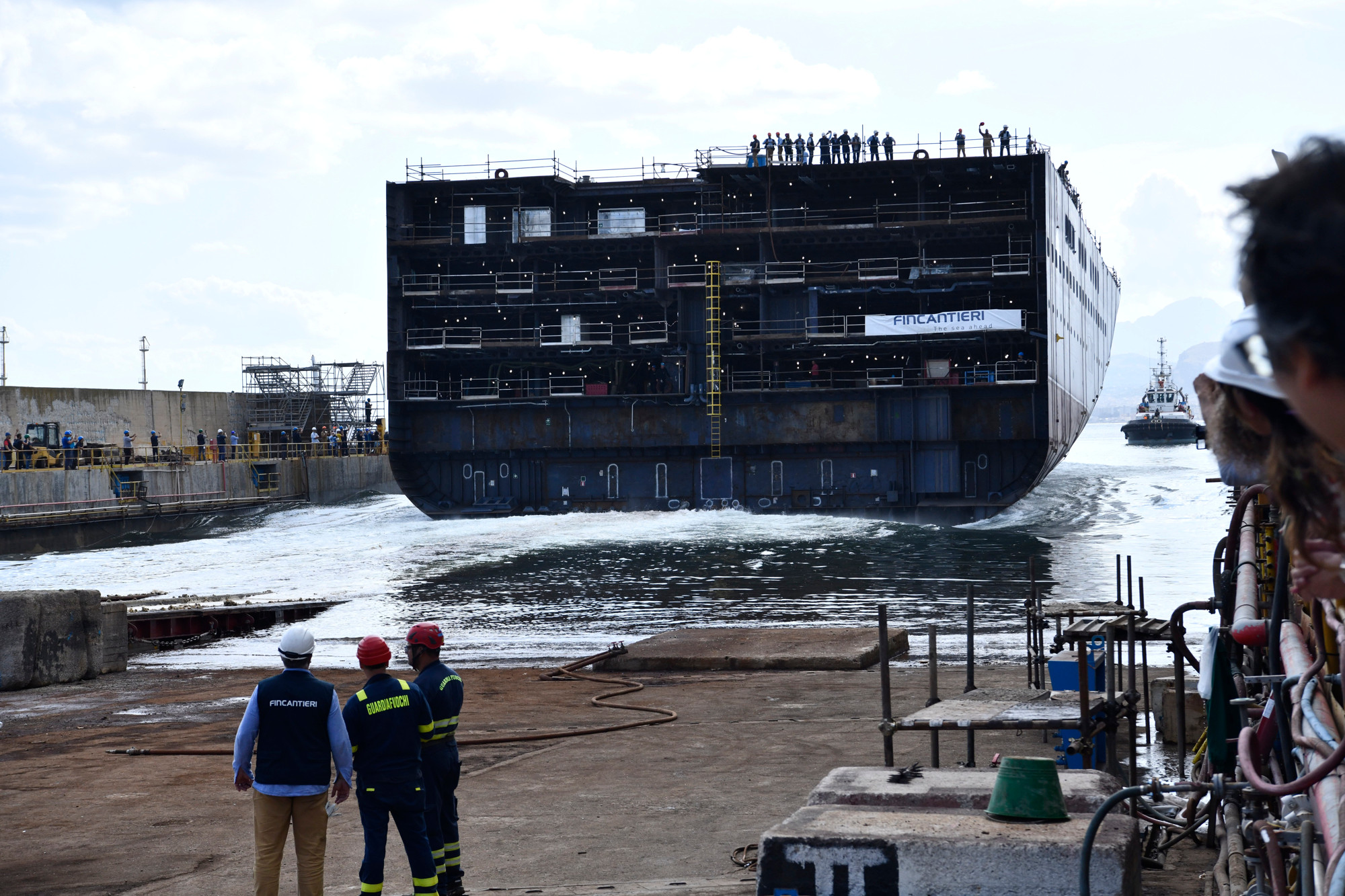 The launch of the Forward part of the ms Ryndam (IV) on 03 Oct. 2019 at Fincantieri Palermo. (Photo Courtesy: Fincantieri via Holland America Line)