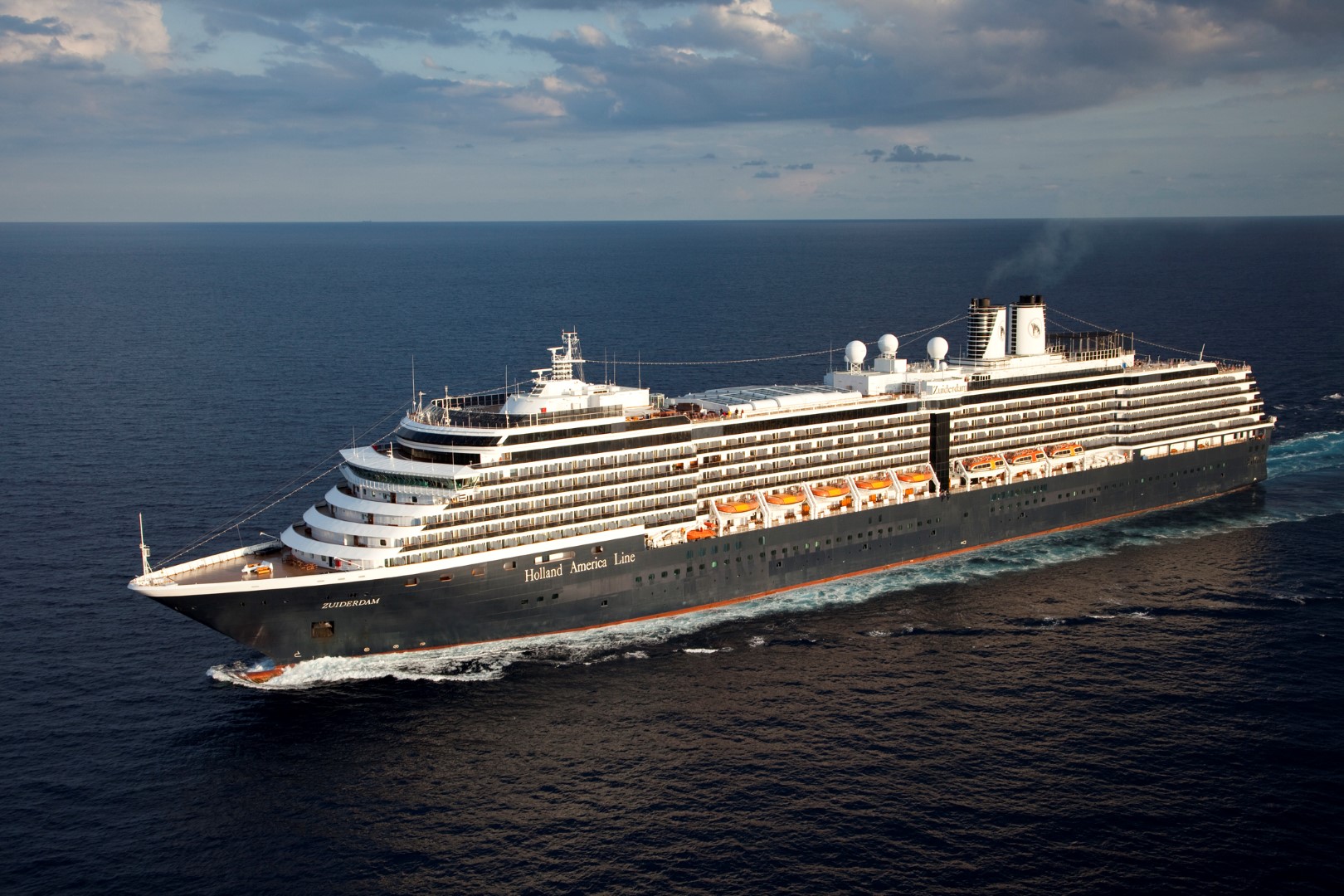 NAME BACKGROUND: 2nd ship of this name in the fleet, derived from the Compass Class from 1938

Constructed of steel as a purpose built cruise ship. On 7 October 1999 Carnival corporation ordered two new cruise ships with the option of three more. 85% of the cabins to be outside and 80% to have verandah’s. Two external lifts will cover 10 decks. Delivery September 2002. In Jan. 2000 two more sisters where ordered.  One delivery every nine months. February 2000 the fifth option was exercised. Series was originally called project 9000, after project 8000 (joint venture between Carnival, Costa and HAL fell through) In December 2000 (?) the series was renamed in Vista class after a competition among employees.

On 6 March 2001 the first two names for the series were announced, with first new building to be called Zuiderdam. Delivery was set for 15 December 2002 and the Keel was laid on 18 April 2001

On October 19 2001, HAL announced to deliver the new ms Zuiderdam on November 15, 2002. The radar mast was placed on the ship on Dec. 14 during a festive event. The next day, the dry-dock was flooded and the ship was afloat for the first time. Then she was towed from the dry-dock to the outfitting quay. The empty dry-dock was prepared for the keel laying of the Oosterdam in early January 2002.

Maiden voyage is set for 14 December 2002 sailing from Ft. Lauderdale to the seven day Carib.

The floating out ceremony for the new ms Zuiderdam took place on Dec. 14 2001 at the Marghera shipyard near Venice. The coin-under-the mast ceremony was performed and the ship was christened by the godmother, Caterina Zampieri, the daughter of one of the yard employees and a graduate student at the Trieste university. For the Zuiderdam, the last minted edition of the Dutch guilder was used. The Dutch guilder was phased out by the end of the year and replaced by the Euro. After the mast-stepping, the ship was blessed by a priest and christened with a champagne bottle by the godmother.

After the christening, water was let into the dock and the ship floated for the first time. Due to the September 11 events, the hand over was delayed with 45 days to 15 November 2002. The Zuiderdam made her technical sea trials off Venice  between July 12 -14, 2002

The Zuiderdam departed from Marghera 09/27 for Triëst dry- dock, followed by the official sea trials. The vessel returned to Marghera during the night of 8/9 October. Delivery date was 15 November and departure from Marghera to America on 20 November (via Malaga).

During the Triëst dry-dock and sea trials approx 700/800 shipyard workers remained on board for the “finishing touches” Upon delivery ship was reflagged to Dutch registration. HAL Antillen NV, Holland Amerika lijn, Rotterdam.

She then arrived on 4 December in Ft. Lauderdale.  (Having on 5 Dec. USCG, and on 6 Dec. USPH inspections ) On 7 Dec. she left on a 3 days cruise to Half Moon Cay to 10 December with travel agents and this was repeated between 10 – 13 Dec. Between13 Dec./ 14 dec she stayed overnight in Ft. Lauderdale for a charity. 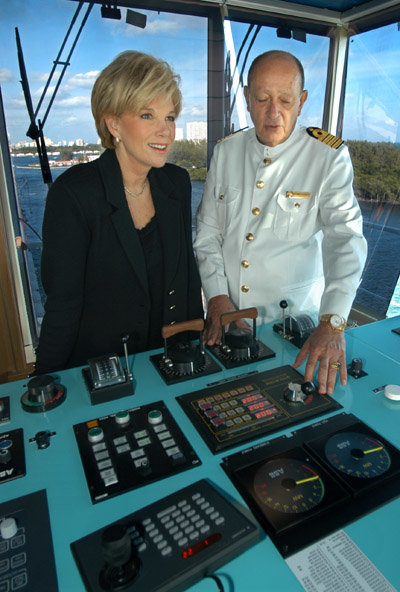 On 14 December, the ship was dedicated by Joan Lunden. ( Lunden was the long-time co-host of ABC’s widely watched Good Morning America and current host of A&E’s Behind Close Doors & The Real Story) She left the same day for her maiden voyage. . All year around cruises in the Carib.

In 2006 she made her first Alaska season with 7 day cruises from Seattle.