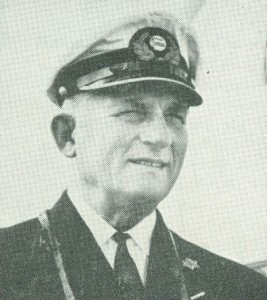 Born 9 August 1898 in Hilversum and joined HAL in May 1919 as a cadet after graduating from the Kweekschool in Amsterdam.

First command was the Aalsdyk and the first passenger ship the Maasdam. For his service to the merchant marine he was made a knight in the Order of Oranje Nassau.

Retired on 23 sept 1961 after 42 years at sea, lastly in command of the ss Statendam

Retired to the Hague.

His son sailed later as purser.