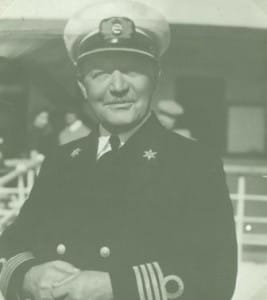 Captain Barendse was promoted to Commodore in April 1944. He had been serving the company by then for 41 years, of which 30 years in command. 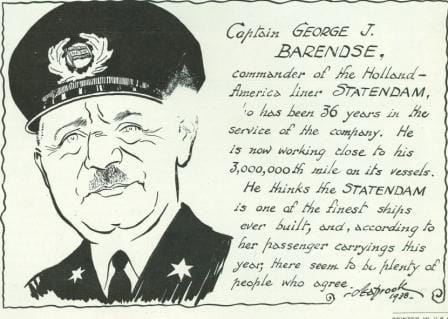 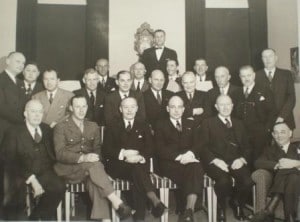 This photo was taken in October 1940 in New York, when captain Barendse celebrated his 40 years with Holland America Line.

He had been appointed Nautical Inspector at the outbreak at the war and was now taking charge of the Nieuw Amsterdam from her retiring captain Johannes J. Bijl, commodore of the fleet. Also present Capt. Pieter Lagaay, on leave from the Westernland. Pictured from left to right: seated front row: Freight traffic manager Zuurmond; Asst. General Manager Frederik R. Wierdsma, on assignment in the U.S. Army; Capt. Barendse; (war-) Director Peter van den Toorn, Comm. Bijl; and Capt. F.H. Dobbenga, to take over as Inspector from Capt. Barendse.

Above Photo and information where submitted by retired employee Laurens van der Laan who has a very extensive knowledge about Holland America Line and is specializing in the history of the shore side – office – operations.