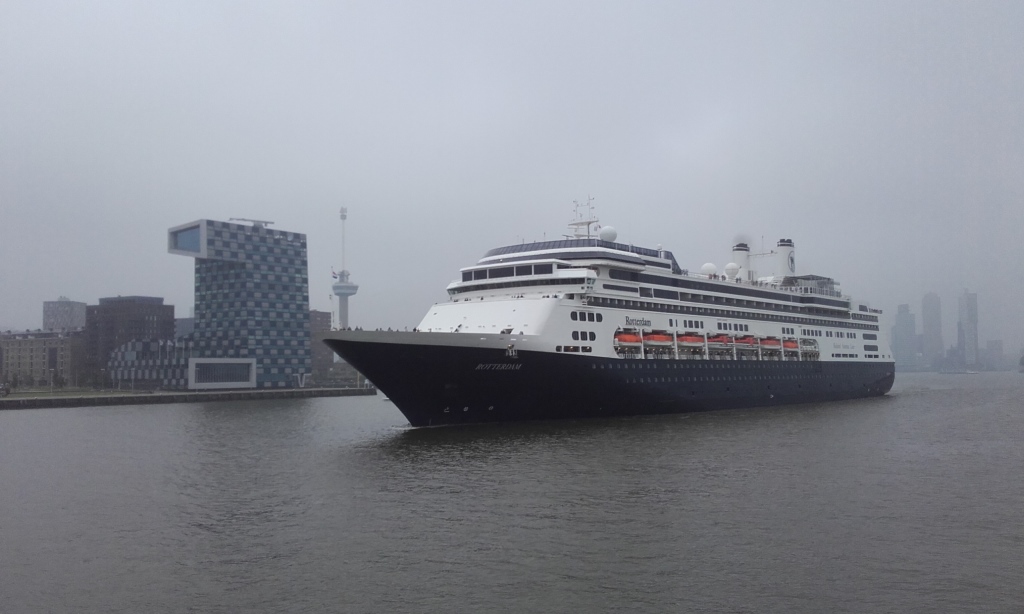 Constructed of steel as a passengership with six full decks and ordered on 14 January 1995 under the code name project ‘Fastdam’. Steel cutting commenced on 8 January 1996 with the first modules being assembled 12 days later on 20 Jan. 1996. 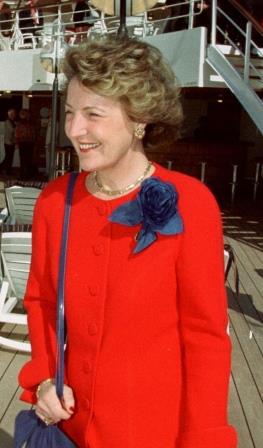 Her Royal Highness Princess Margriet of the Netherlands. Goldmother of the ms Rotterdam (VI)

As the  ship could not be finished in time, the first two cruises were cancelled. Ship was delivered on 7 November 1998 in Venice and she started with a  cruise in the Med,  reg. for Windsurf Ltd., Nassau Bahama flag.

On December 7 the ship was brought under the Dutch flag, with a registration for Hal Nederland NV, Rotterdam.

Princess Margriet of the Netherlands, patron to the Dutch Merchant Navy dedicated the ship on 9 December 1997 at Ft. Lauderdale.

The ship went through a major refit in autumn 2005, resulting in an altered appearance above the bridge, due to the extension of the Ocean spa area. Total investment approx. 40 mln. US. After rebuilt with cabins aft: 104 in 702 cabins  61,859 brt.