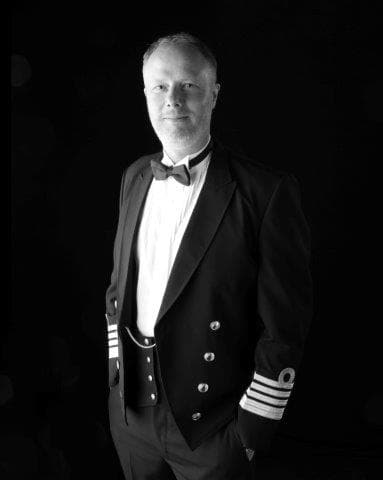 A native of Cork, Ireland, Captain Colm Ryan grew up in an area steeped in maritime tradition. Although there are no direct relatives who went to sea, there were plenty of neighbors. His home town of Carrigaline was orginally a farmers town and Colms family were successful local businessmen. Then Carrigaline became a sleeper town as the industry around Cork boomed in the 70’s and 80’s. That attracted new people and a lot of managers and technical staff working in the new industry were ex seafarers. So it was very hard not to be in the company of somebody who had not been at sea. Sailors love yarns and his interest in the sea was piqued while listening to stories true and not true, about visiting far away countries, and the longing  that even retired sailors have and always keep about what is beyond the next horizon.  Thus a career at sea became a natural choice for him. Cork has a busy harbor which at one point in time was also a gathering place for emigrants going to the new world. Nowadays it is called at by the smaller cruise ships while the larger ones call at the port of Cobh just around the corner from Cork.

From the age of 16, Captain Ryan tried to get out to sea as much as his schooling would allow, sailing on fishing boats, offshore supply ships and sailboats. At age 18, he pursued a cadet ship through the National Maritime College of Ireland and served on oil tankers with Mobil Shipping Company Limited for six years. 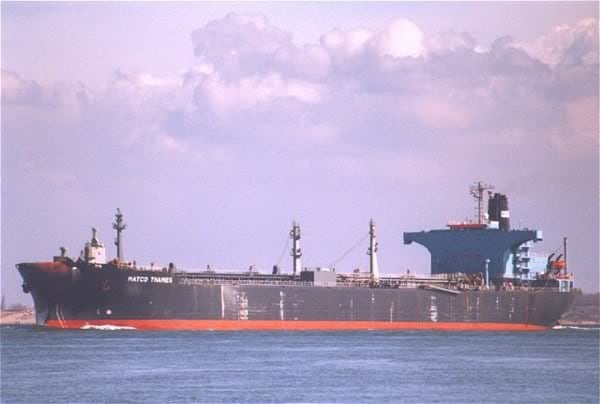 The Matco Thames a Tanker and the the first ship in his career.

In 1998, he embarked on a career in the cruise sector, joining Holland America Line as a fourth officer.  The recruiter enticed him with the offer to join the newest ship in the HAL fleet: MS Veendam.  Maybe it can be said that this was also the most important change he made in his life as here he met his future wife, Dawn, during his first contract in December of that year. Going on from there he sailed mostly on the S and R class as a junior officer, earning his master mariner certificate in 2004.

From 2005 until 2011, he was assigned to ships that spent half their year cruising the waters of Australia and New Zealand and grew to love this part of the world. Over this time, he rose through the ranks . The ms Maasdam became his first command in June 2014. Then this was followed by stints on the Ryndam and the Veendam. 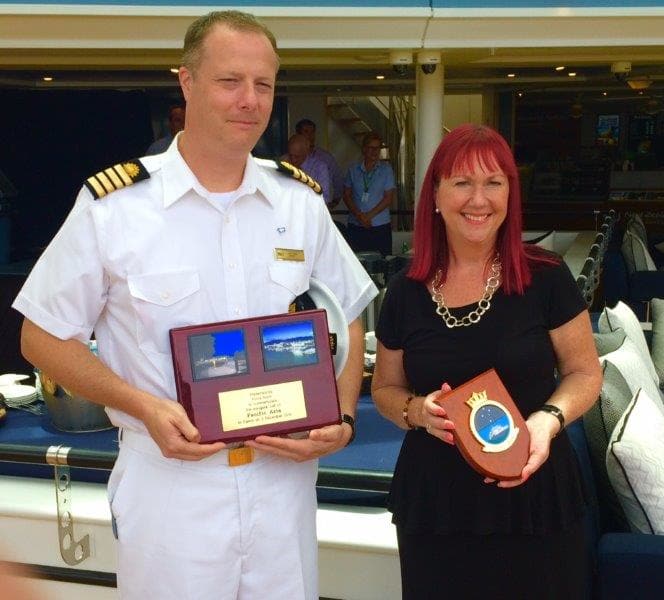 Part of the Job during inaugurals,  exchanging plaques in the various Maiden Ports of Call.

In 2013 there was a re-alignment within de Carnival Corporation and the HAL Group was created. Consisting out of Holland America, Princess, Seabourn and P&O Australia. As it was decided that the ideal fleetsize for Holland America was 15 ships and the Pinnacle Class newbuilts had just been announced, some ships would have to leave the fleet.

These were the ms Statendam and ms Ryndam. Part of the arrangement was that Holland America would send the officers and crew with the ships for a certain amount of time. Leaving it to the individuals to decide whether to stay with P&O Australia or to return to the mother company.

Captain Ryan was one of the officers who went with the two ships to “Down Under”. Being in command of the ms Ryndam, he now became the master of the ms Pacific Aria. He introduced the ship into the Australian Market and remained there until 2017.

He partook in the now famous ‘5 ship spectacular’ which was the formation sailing of all ships of the P&O Australia brand on live TV as well as the subsequent naming of the Pacific Aria. 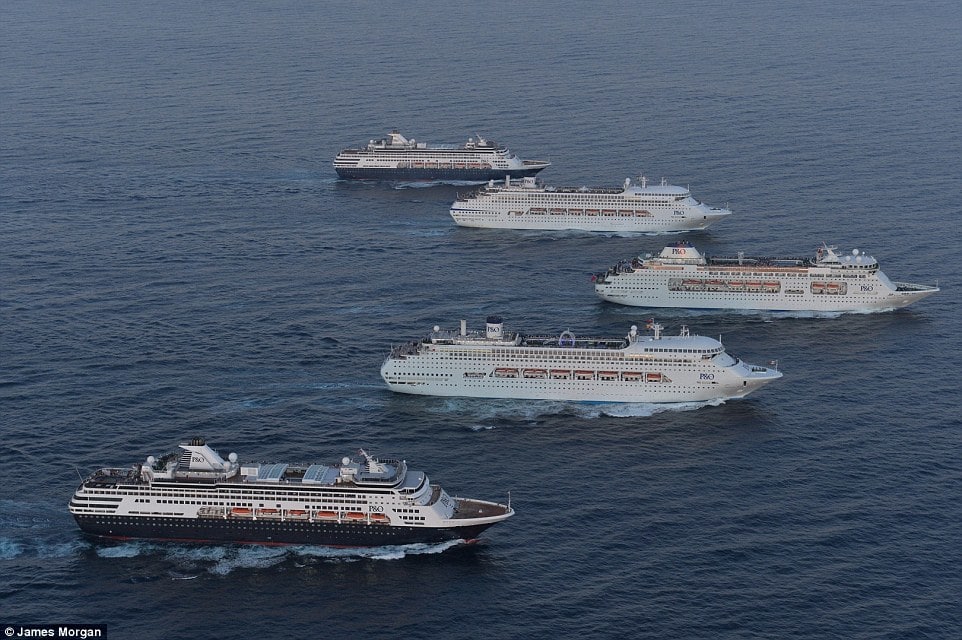 The five ship spectacular in Sydney. The Statendam and Ryndam, now Pacific Eden and Pacific Aria, changed very little on the outside and kept their blue hull. However there were considerable changes on the inside. To keep the Aussies happy, there was a “certain” increase in the number of Bars on board.

It is amazing what a Ship’s Captain is capable off. Here Captain Colm is firing a defense gun at Fort Scratchly in Australia. 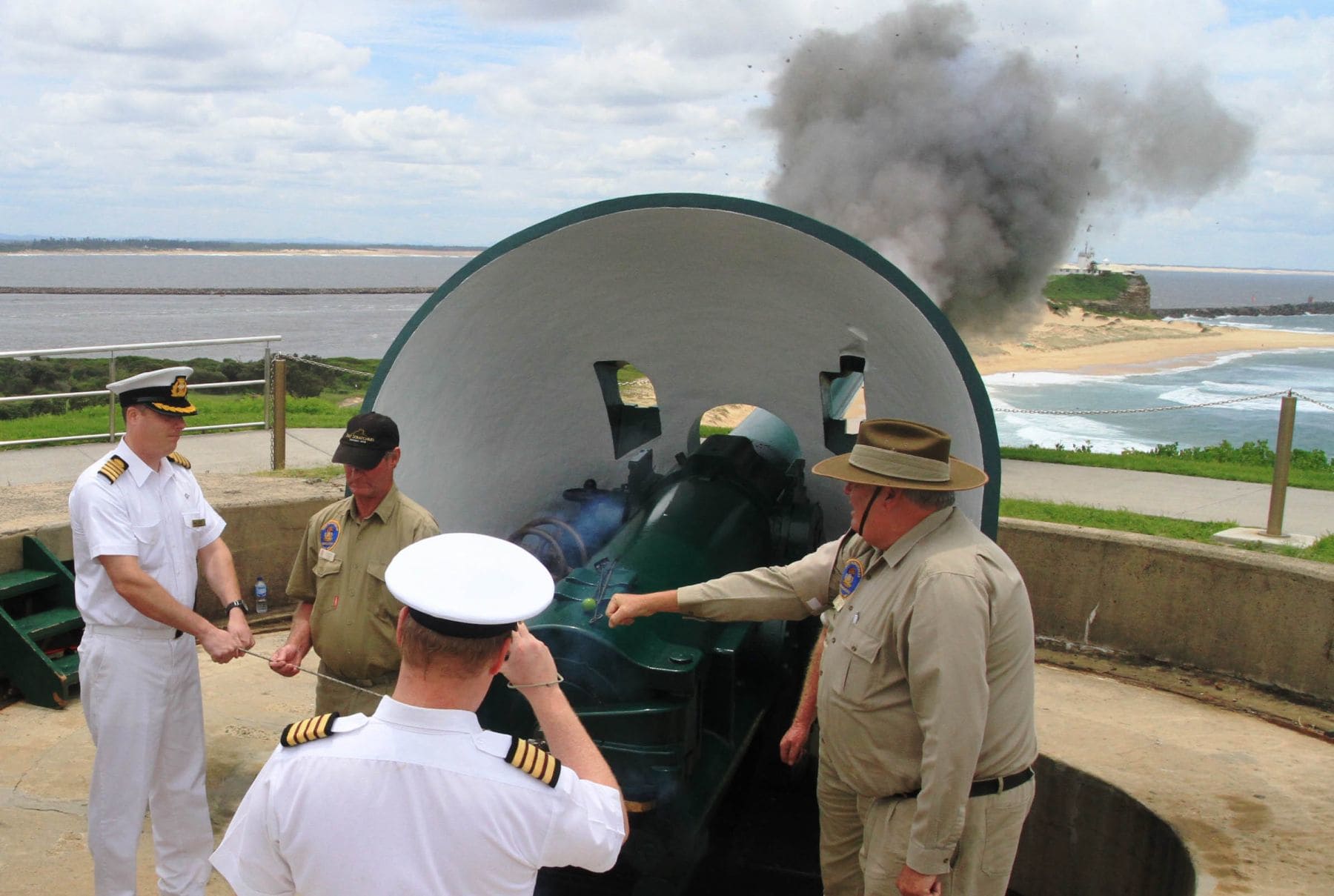 All in a days work, The captain pulls the strings at all times. Whether it is on the ship or ashore with a gun.

Captain Colm Ryan considers the time with P&O Australia as a career highlight.  He not only was the first Captain of the Pacific Aria but he brought the ship to new ports all over the South Pacific, partook in many media occasions during these inaugural calls and met a whole new passenger demographic.  The experience and perspective he gained there was invaluable.

In 2017 he returned to Holland America and to his roots as he was given command of the ms Veendam. (Sistership of the ms Ryndam and Statendam) 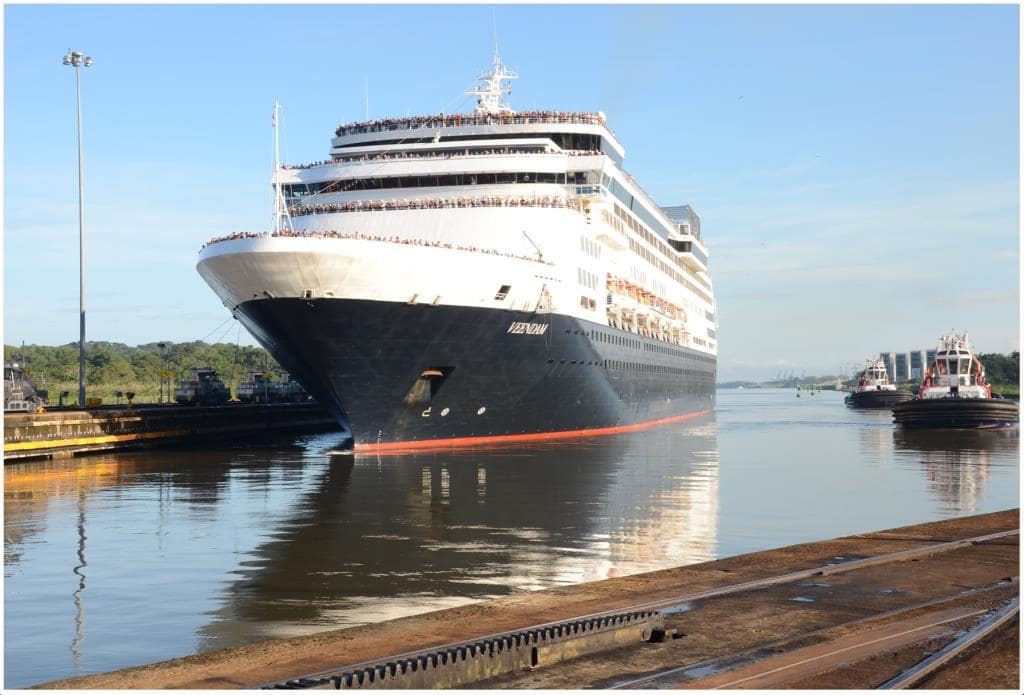 When not cruising, Captain Ryan spends his time between Ireland and visiting family in Nova Scotia, Canada. He also enjoys helping his wife with her vineyard as well as pottering around in his 32-foot sailboat, showing his family the joys of sailing and the beauty of the maritime environment.

The other Command: Sailing yacht Tara.

He and his family also enjoy beach walking, as it is a very useful way to find interesting shells and geology as well as keeping a 6 year old daughter and 1 year old dog occupied and exercised enough to sleep through the night.  In addition, he is an amateur historian and has followed the exploits of relatives who served in the British Army before and during WW1 as well as one who served on HMS Tiger in the Battle of Jutland.  Having married a historian, they can be found checking out local museums wherever they travel and both Captain Ryan and his wife are in the process of tracing family trees on all sides.

He also enjoys the benefits and camaraderie that is part and parcel of home brewing.  He and a few friends support each other with brewing beer and cider through many ways of preparation from ready made wort kits to all grain brewing.

To get the BEST pint in the world, you have to brew it yourself.

His ‘brewery’, named BCB, is situated in various basements, utility rooms and garden sheds in Ireland and/or Canada and the biggest challenge to all of it is coming from sea and finding that product that was in a sealed bottle before he left for a ship for some reason found itself evaporating during his absence.

In 2019 Captain Ryan decided to become the 2nd Fleet Master of Holland America, after Captain Albert Schoonderbeek. For the forseeable future he will be travelling the fleet under the On Board Team Support Officer program to provide additional training and help ensuring comparable standards all over the HAL Fleet.

Captain Ryan decided to leave Holland America in autumn 2021.  He has since taken a Captains position with Saga Cruises on 05 Jan. 2022