In all the cruise brochures it gives the port call as Rome but this is not really the case. Rome is landlocked and never had a harbor. In roman times they had a port called Ostia and now in modern times it is Civitavecchia. The place has been around for a long time as the old harbor is protected by a Fortress designed by Michelangelo back in the 1500’s. 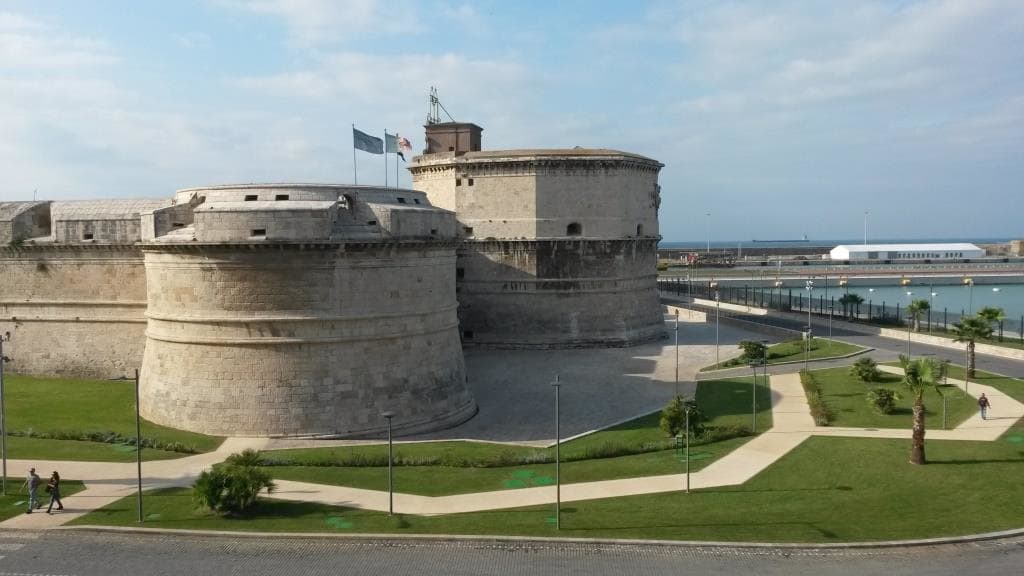 Fort Michelangelo. To the right we can just see one of the cruise terminals of the port.

Rome itself, at least the airport, is 90 kilometers away about an 80 minutes’ drive. How long it would take to get to downtown Rome would be any bodies guess as it would depend on the traffic at the time of the day and the day of the week. Saturdays and Sunday tend to be marginally less busy as there is hardly any lorry traffic then. Those 90 kilometers take 80 minutes although I have seen Mini Bus drivers do it a lot faster. Especially if they are driving crew who seem to be expendable in the mind of the drivers. They have a handy help when they are attempting to break the record of the fastest transfer to the ship and that is by keeping the white line in the middle of the road, exactly between the two front wheels. If from the opposing side somebody is doing the same thing, then that problem is solved by a last minute jerk to the right and then immediately getting back onto the white line again. The system does work……….. I am still alive and so are my new officers who arrived on board today . 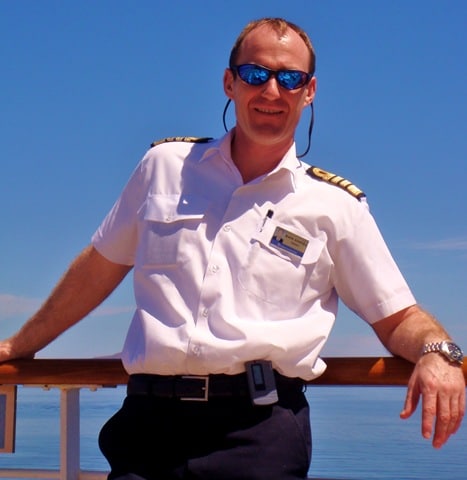 The good ship ms Westerdam under the able command of Captain Mark Rowden is starting a 14 day Trans-Atlantic Cruise today which will conclude in Fort Lauderdale on the 8th. of November. We will visit three ports in Spain, Cartagena, Malaga and Cadiz and then have 7 glorious sea days. The weather for the coming days looks good; we just have to keep our fingers crossed for the crossing. But the ship will be taking the southerly route and that normally means that we avoid most of the bumps in the road. Wind is a lesser concern; everybody can hide behind the glass wind breakers when outside.

I had a school class, although the official title is Nautical Excellence Course, in April of this year going East with the Westerdam over the Atlantic and now we are doing the same thing again going west. Since then the ship has sailed in the Mediterranean it also received a face lift to update some of the Public Rooms, to install the Music Walk and receive lots and lots of carpet. I will share some photos in the coming days. The 6 new navigators will receive a mixture of theoretical and practical training to help to prepare them for their first real assignment as a licensed HAL officer. They can do it without this NEC period but it is always easier to climb a hill when you know the path and know why there is something coming at you when you turn the next corner.

That all started to day with them and the rest of the crew streaming on board with their luggage at 08.30. In the old days the crew at once disappeared into the bowels of the ship not to surface until a few days later when they were tuned in to the running of the ship. Not any longer; now we all have to go through Safety Indoctrination in which we are immersed into in two sessions. Today all the basic things we have to know before we are allowed to start working, tomorrow the rest and that is mainly what we are not allowed to do wrong. Which means watching a safety video, a video regarding proper conduct on board, filling out a whole pile of forms to comply with this and it all culminates with a visit to the Tailor shop. A good officer cannot start his/her life without a pair of safety shoes, a coverall and some khaki’s. The regular blue uniforms will come later, as the tailor is not in a hurry as long as the crew member does not know when and where he or she will be going.

All those things take a whole morning to accomplish. The next highlight was then to explain where to get food and how the Lido layout works. I am sure that is one item I do not have to repeat a second time to get the message across.

The afternoon was filled with explaining who is who in the Head office and the in-depth reasons about why we do the Guest Lifeboat drill the way we do it. Tomorrow we are making a start of how to dock the ship safely, and then we will progress into how to sink the ship and then how to set it on fire. At least in theory.

We will be sailing south of Sardinia tomorrow on the way to Cartagena and the weather looks very nice with temperatures in the area of 19oC or 68oF. Not bad for autumn.