Holland America used to come here in the 60’s and 70’s and then it suddenly stopped. With the fleet going down to four ships in the 1980’s focus was on the short cruises around North America and we abandoned Europe for a while. Even with the yearly world cruise of the ss Rotterdam, Cartagena was not in much of a focus while there is a lot of things to do in this area. The first call again was in 2001 with the Noordam (III) with yours truly at the helm and then HAL re-established Cartagena as a regular port of call. By now we had 8 ships more and thus Europe cruises were possible due to the extra capacity. And since then we have been calling here on a regular basis. It is a very popular port for the captains as well as the port is sheltered from every side except the port entrance but the docking basin is fully protected by a breakwater and thus an excellent port for a safe docking and also messing around with lifeboats.

The ship docks almost straight opposite the town. Today we were docked at the west end of the main cruise pier and from the bridge wing we could look right into the pedestrian area of the main street. Maybe a 1000 meters from the gangway. Even guests with reduced mobility could get there as the pavement is nice and well laid in this area. What can you do here apart from walking into the town and enjoying a bit of local culture? The Romans were not stupid and they recognized the Bay of Cartagena (= there were the Carthagians came ashore) as a strategic area and built a city here. That the climate was good, was a pleasant bonus. The Spanish still see the place as strategic and they have a navy base here. The town itself you can see by Big Red Bus, by Trolley Train (stops in front of the gangway) or by panoramic Tour excursion. Then there is Carvaca which is the 5th. Holiest city in the world. (I did not know they had a pecking order but there seems to be one according to our shore-excursion people: Santiago de Compostela, Santo Torbio de Liebana, Rome, and Jerusalem) Palm tree plantation / world heritage site, Monastery, Flamenco, Spanish Horse show, Roman theater etc. etc. all within a coach drive distance. The main town area is flat, so you can even do Cartagena on a rental – bike. 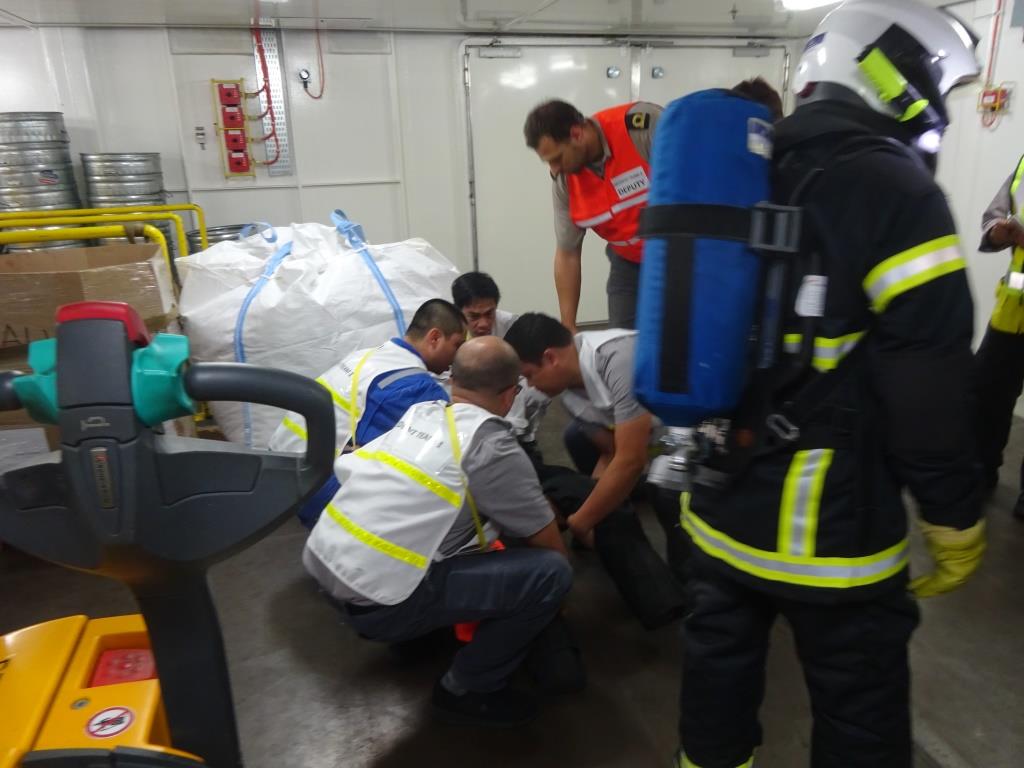 Drill time on the Koningsdam. Here a casualty has been collected from a dangerous area and is about to be handed over to Medical

I was sightseeing in the ship today as it was General Drill time and then I assess the capabilities of all the teams in involved. Fire drill, Assembly drill, Evacuation drill, a one hour exercise to take 992 crew through their paces. Everybody doing their utmost and with full confidence and expecting a good assessment and then I come up with some “learning moments” There is always something and it is my job to high light it, so we can work on continuous improvement. And we are talking small details here as the crew knows very well what to do and how to run a safe ship. But it is the same as with the Grand Prix, 0.1 second can cost you the first place, and with us, if 1 of 992 does not do a perfect job at a certain instance, then there is this @#%%$%$$^ assessor who sees it. 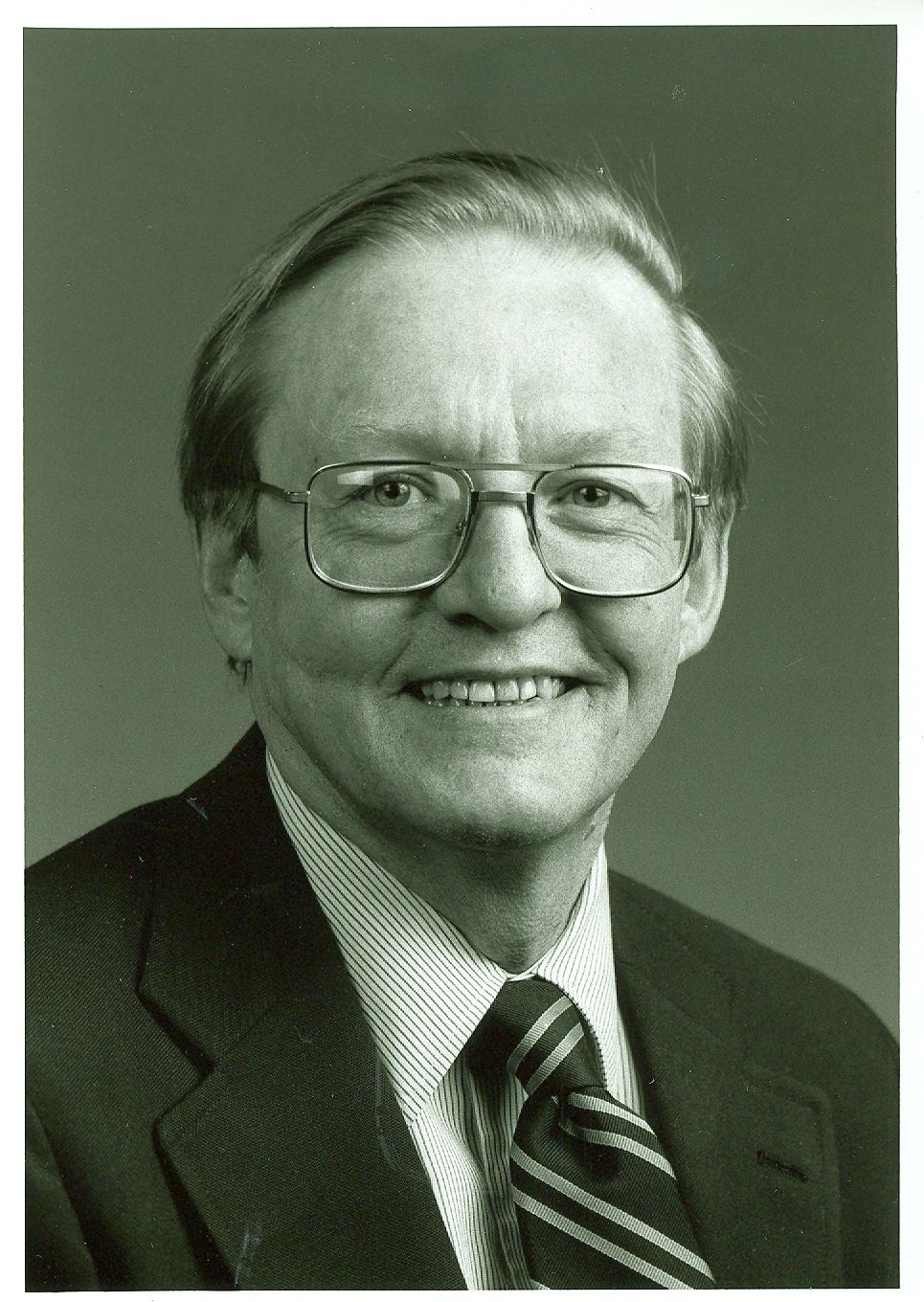 Mr. Kirk Lanterman. President and Leader of our company from 1983 until  2004.  This photo was taken when the ms Noordam (III) entered service in 1984.

A bit of sad news today; we were informed that Mr. Kirk Lanterman passed always at the age of 87 years. The man was and is my personal saint as he more or less single handedly saved Holland America from certain bankruptcy in 1983. Established company management had a hard time adjusting to the cruise market which was overrun by new players such as RCI and NCI and Carnival and to compete with them a new approach was needed. Mr. Lanterman came over from Westours with which company we had just sort of merged. His philosophy was very simple, look for where you can make money and when you get that money spend no more than needed.  There was a lot more money in Alaska, than in Bermuda, so the fleet went to Alaska and only returned to Bermuda when it had grown so large that the ships going there could also make money there. He was also instrumental in the sale to Carnival, which none of us liked in the beginning, but he was right; if you can’t beat them, join them. Carnival promised not to touch the product but to invest in it and so Mr. Lanterman was able to start expanding the HAL fleet on its own terms and keep our product (now called Brand) very much unique and made it possible to become the 15 ship company we are now. A company with the highest repeater rate of guests in the world. (Even if they moan and groan about everything all the time; they all come back)  Thus R.I.P to the man who ensured that Holland America is still there and thus made it possible that 12,000 dedicated HAL people still have a job; most likely for generations to come.

Tomorrow we are in Malaga. We are starting to expect a bit more wind while going there so the ship might move a little bit, but in the port it should still be ok. The Captain is still thinking deep thoughts about the crossing to Funchal but it looks like that he will be able to out run most of the wave field before it crosses our track line. So we will have a bit of a wobble but a lot less than it could be.

Weather in Malaga: Sunny with temperatures of 24oC / 75oF and the wind breezing up in the afternoon. 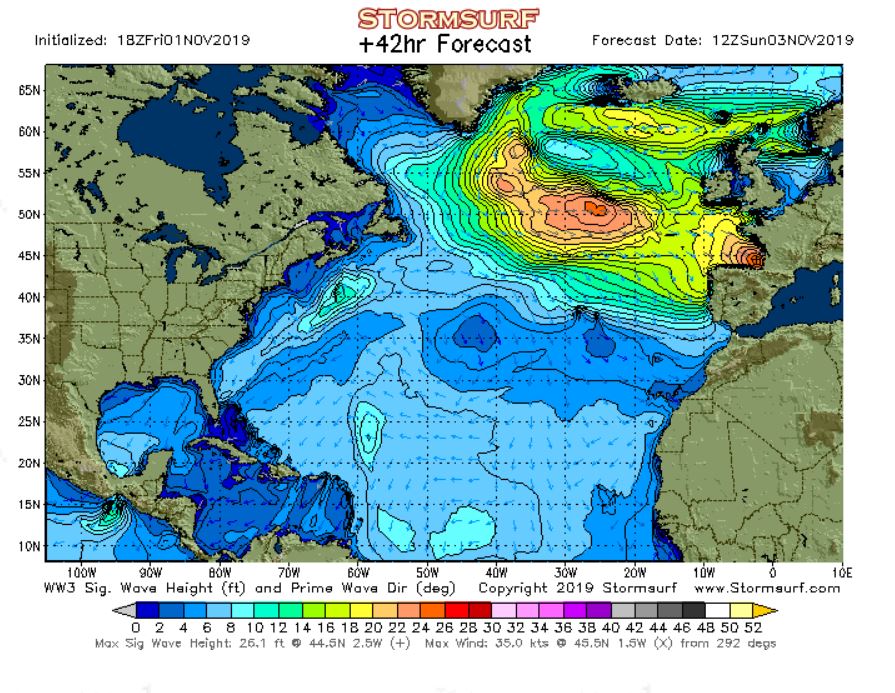 The next chart for the crossing. 42 hrs. from now. We have  36 hrs. to go from the moment this screen shot was taken and we will be then just past the southern tip of Spain.  If we stay in the light blue then there should be no ships motion, if the light and darker green just come down to our course line, then there should be some movement. Rule of thumb is, until 10 feet of swell the ship normally does not move.