As I was somehow expecting, there were more cruise ships in than listed on the port website. The fact that we had to make do with the inside of the outer breakwater and were not at the Passenger terminal indicated that something was afoot. And indeed, apart from Mein Schiff 5, we also had the Horizon in from Pullmantur and the Thomson Celebration from TUI cruises in port. The latter was a meeting of “sweet memories” as she is the old Noordam from Holland America Line and I was her captain from 2000 to 2002. I also was part of the team who supervised her construction in 1983- 1984 in France. She was laid up in the far corner of the outer Breakwater as she was planning for a dry dock and had no passengers on board. Apart from being white instead of being blue, she had not changed at all from her Holland America Line days. I did not get the chance to visit her as at the moment the school class takes up all the time. I am trying to cram the work for five port calls into three as on this cruise we are only calling at three ports before we start the crossing. And this is the second port already. But there will be a next time for a nose around. 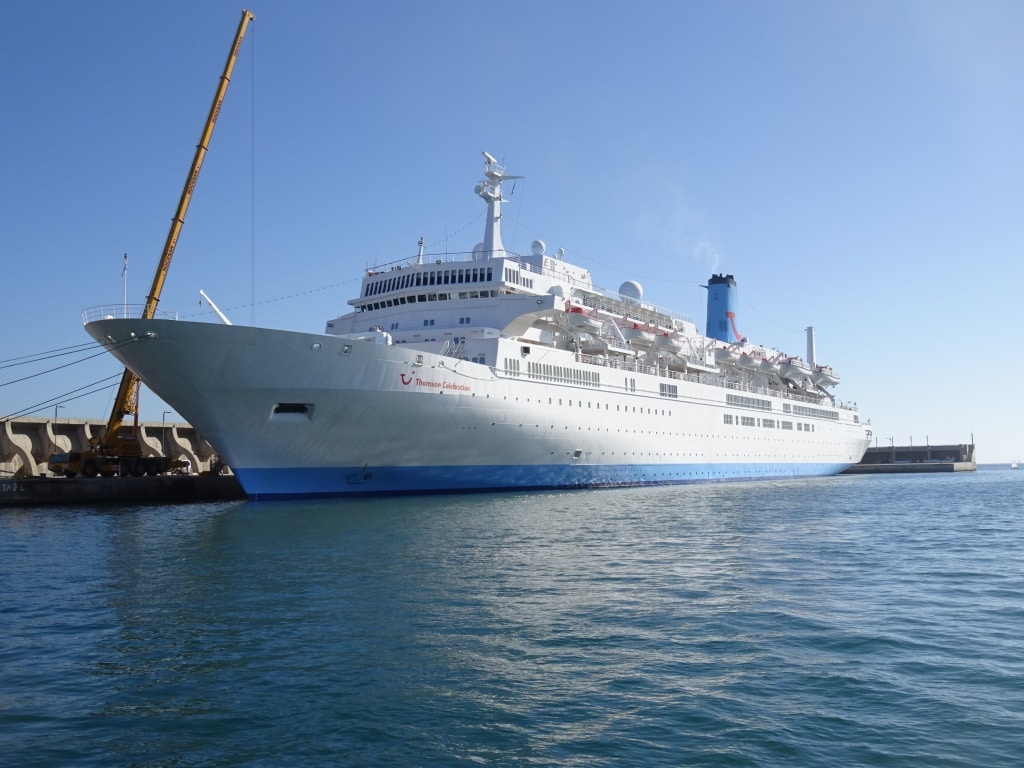 The old ms Noordam (III) basking in the autumn sun in Malaga. The crane near the bow was in use to lift materials for the dry dock on board.

The ms Westerdam docked at the inner berth of the outer breakwater and was happily docked by 07.30. It turned out to be a beautiful day in Malaga with clear blue skies and hardly any wind, while it was not too warm. Did it matter that we were not docked at the passenger terminal? No, I think it worked out to our advantage. The passenger terminals (there are two of them) are very nice and have some nice shops but it is a very long walk from the ship through an elevated corridor extended from to the Jet way which connects to the ship.  From our berth you have to take a shuttle bus to the gate of terminal one but at least when you come off the ship you do not have to walk that long way. At the main gate you either have to take a taxi or purchase a shuttle ticket to down town, a 4 euro shuttle organized by the port authorities as the cruise docks are about a 20 minute walk from the down town area. Today it was a beautiful walk to make but the shuttle was there as if a plan B was preferred.

We had today a gathering of ALL the crew in the show lounge to attend a short seminar about cockroaches. Or better said about not to have them. We can prize ourselves lucky that we do not have them on board but it is a hard battle to achieve that goal and keep that goal. They can come on board with the stores and provisions, they can come on board with luggage, they (at least the males) can fly on board and as they are always busy to produce future generations, a ship can soon be infested if you are not alert. So we want all 900 crew to be alert and report if a creeping crawly is seen. Thus we have an outside contractor & specialist who travels around the fleet to train all of us in general and those in culinary and housekeeping in particular. 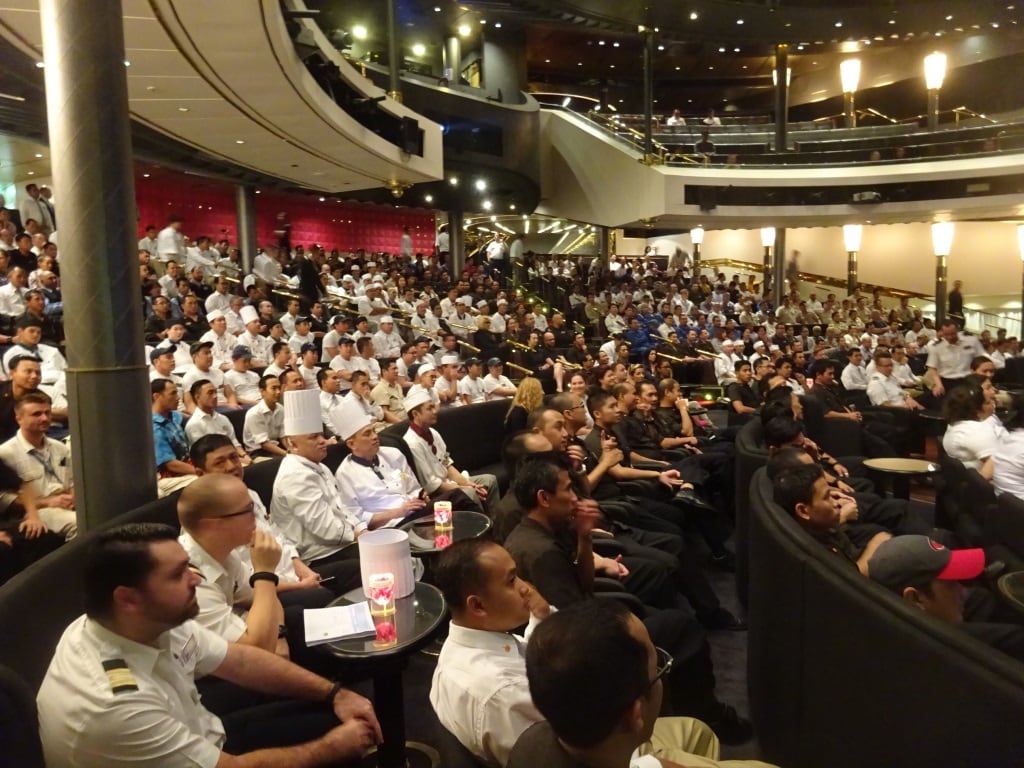 I think we had about 90% of the crew in the show lounge, the remainder at work to keep the ship in operation and the guests happy.

But because we can see insects everywhere while walking around, it is important to recognize the difference between a friendly beetle and a not so friendly piece of vermin. And thus we go for our yearly refresher, so all of us can recognize something we do not want on board. We have on board a very proactive system in place which monitors all the spaces in the ship for any sign of infestation. This is done by Bait Traps and they are regularly inspected by our Pest Coordinator; a petty officer from the Housekeeping department. If anything is found in a trap, then it is analyzed to see what it is (and it can be anything) and if it is something we do not like then this gentleman goes to war. He has a whole range of non-poisonous (at least not for us) chemicals and cleaning materials at his disposal to ensure that Papa and Mama cockroach are not going to show the world how many babies they can make. I can faithfully declare I have not seen a cockroach on board since about 1990.

We sailed on time and after going astern out of the port we swung around and set course for the Straits of Gibraltar. We will pass through here at around 22.00 hrs. and then turn to the North to be at the Cadiz pilot station at 0630 tomorrow morning. Tomorrow’s weather promises to be a carbon copy day of today with very little wind, which is amazing as Cadiz is exposed to the North Atlantic and it can be very windy here. 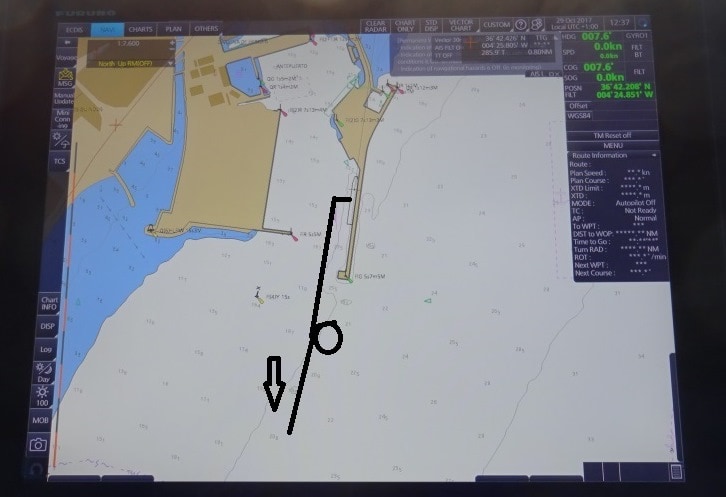 It is much easier to go astern out of the port and swing around in the wide open sea, than to do it in an enclosed space with all sorts of small craft in the way.