Another day with good weather and alongside in Puerto Vallarta. We are congratulating ourselves for the fact that we could go ashore for the last seven days, while our sister ships were at anchorage or are still trying to land their guests. Our Amsterdam, which aborted her world cruise is currently landing our guests in Fremantle. Although Australia is also in lockdown the local government has decided that as the ship does not have any Covid-19 cases on board, there was no problem to bus everybody directly to the airport and back home. Our Maasdam and Zaandam are still looking for a port and might, I say might, have to come to the States before that is possible. That gives the challenges with provisioning and the Zaandam went to anchor at Valparaiso and although also Chile and Peru are in lockdown, it was allowed to use a (small) shore boat to get 9 containers with fresh produce and other essentials to the ship. So the Captain had 150 crew working in relay from the tender platforms to carry everything by hand out of the boats and then at once to the cold and freezer rooms to ensure that it did not spoil. With the current situation at hand everybody has to be creative and make things work. Luckily ships crews are great in improvising and have faced bigger operational challenges in port and thus always works out one way or the other. 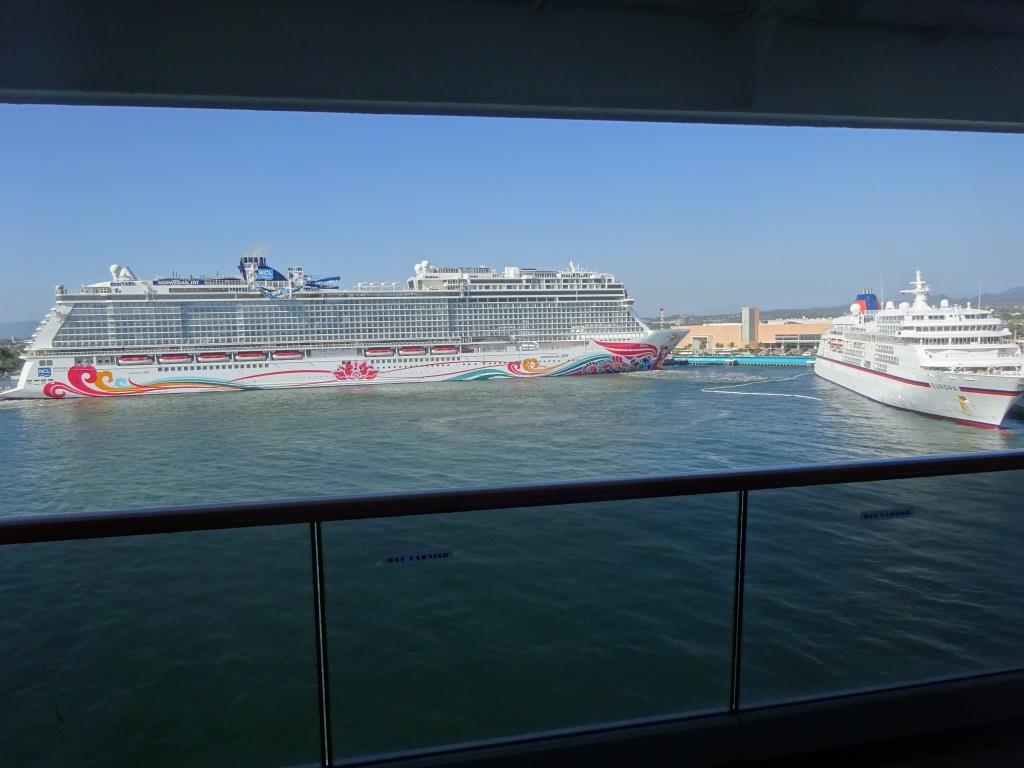 The Norwegian Joy and the  Europa making up a full port. The white strip in the water was an oil boom around the ms Europa which came loose during the day.

The Norwegian Joy came in yesterday afternoon but with crew only, although the agent had advised us that there were guests on board. Turns out that there seems to be many ways to translate from Spanish Passenger ship WITH passengers or passenger’s ship WITHOUT passengers and we got the wrong message. This morning the Europa departed and we do not know if she will return. But according to Marine Traffic the Europa is on its way to Costa Rica. Maybe she goes in lay up there or maybe she is going home to Germany. So many options, so many decisions that are possible.

Our current fleet status is now:

Eventually a final destination for all these ships will be decided upon, either short term or long term depending on the way the situation develops. We are still expecting the Eurodam and Westerdam to come this way in a few days from now and then we expect to start rotating berths so they can load water and provisions etc. But at the moment we are scheduled to be alongside for another 3 days and by that time a lot can happen. And we have to load provisions as well. 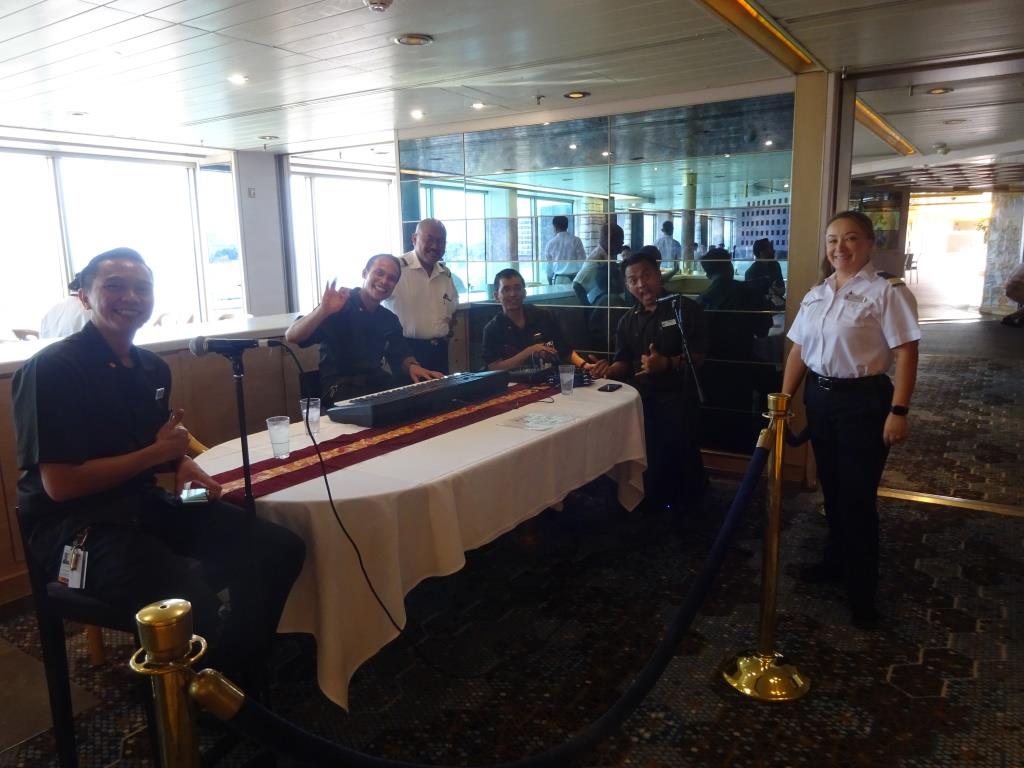 On board things continue as routines are now settling in. The Captain has called up all the crew to let their creative juices flow to keep everybody in a positive mood.  This morning there was a lecture in the World Stage and during lunch time we were serenaded by a band made up by Housekeeping staff.  We also donated an amount of food to local charities. You might wonder why we should get rid of food in our situation but we stored for a 14 day cruise in San Diego and the guests left on the 3rd day. And although the crew is amazing in the amount of food they can consume, they can not eat what 1400 guests consume for perishables in a week period. (I think we were supposed to stock up again with fresh produce in Costa Rica but now we will do it locally) So instead of wasting the food, it now goes to a good cause.

Tonight we have music under the stars and games in the crow’s nest. The crew has free contact with home by means of Whats App and also with low calling cost options if a phone call needs to be made. In the coming days the number of activities will increase and I am trying to devise a few trainings and drills with a twist, which we can do now as we have the time available. I also have a Holland America Line History from the crew’s point of view so that might pop up as well.

According to the latest news Puerto Vallarta is still virus free, there only seem to be 8 cases in the whole of Mexico but the authorities are watching the situation and a lock down is still expected. Also there is still a lot of air traffic as we can see the planes departing in the evening but according from the security officer on the dock side, it is mainly holiday makers who are leaving now their vacation is over.

In the meantime the weather remains good: It will be a sunny Sunday with 27oC / 81oF not too high and that is courtesy of a gentle sea breeze which keeps blowing.  Which makes the Bo’ sun very happy as it means no flies in his paint……………