During the January 2010 dry dock, the ms Prinsendam received a new GMDSS system (emergency telecommunication system for the bridge) and a new steering system, gyro compass and auto pilot. Normally, the old systems are recycled for scrap. As the Prinsendam would be calling at Vlissingen, the Netherlands, during the summer season, the idea came up to donate these items to the local Maritime Academy.

During the next six months the bridge team collected and kept all the old charts, nautical books and other related items that would be of use for nautical students. On 20 July 2010, the ms Prinsendam visited Vlissingen and all that was collected was handed over to the lecturers of the Maritime Academy. 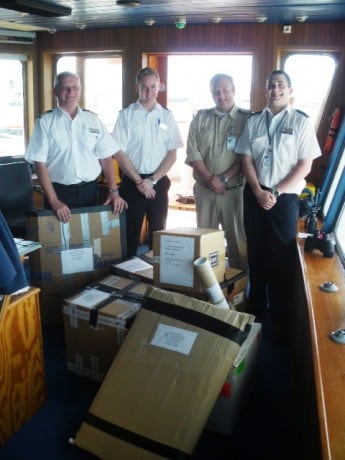