I said yesterday that it was more or less a straight line to our next port of call at La Coruna. For that one you have to put the emphasis very much on the less. A straight line would have been possible if the western part of France, consisting out of the Normandy and Bretagne, would not have been in the way.  But because it there, is the ship has to make a major course change once west of France and then it can sail on a straight line down to the North Coast of Spain. 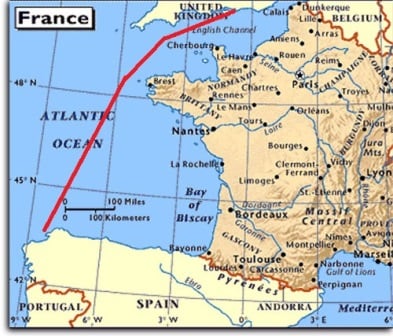 Our route to Spain.

This run between Southampton and La Coruna is for the Navigators very interesting as it goes partly through one of the densest Traffic Areas of the world. Once out of Southampton and clear the Isle of Wight, the ship joins the Vessel Traffic Separation Scheme VTSS)  for a while, following the South Westerly flow of ships coming from the Dover Channel. Then it has to cross this flow and join a new VTSS for a while, the one that curves around the west point of France. Also here a VTSS has been created to guide the flows of traffic coming and going from Portugal, Spain and the deeper Mediterranean? 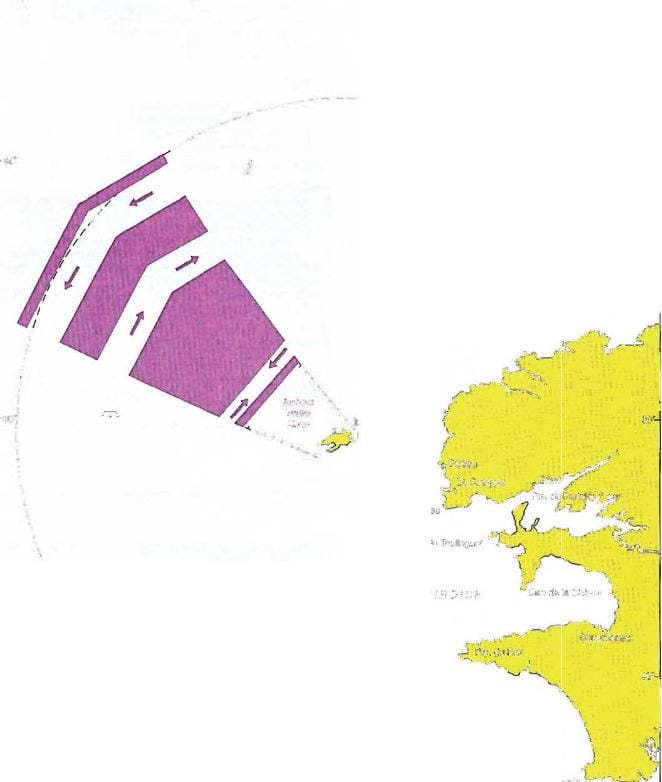 This West point we passed at 11 am. this morning and then we arrived on our final straight course down to La Coruna across the Bay of Biscay. On this course we are not deep inside the Bay of Biscay but stay more to the North Atlantic Ocean side. So we will observe more of the regular weather for the North Atlantic than anything else.  That weather is today in our favor. The wind comes from the land side, so it blows against the waves and that keeps the ships movement down. Wind against wave’s means they cannot continue to build up as would be the case if wind and waves would go in the same direction. So the waves are relatively low and the wind force 6 from the continent side to keep them that way. As a result the ship only slightly moves and that is for sailing in the North Atlantic at this time of the year really good.

The water in this area is very deep, up to 2000 meters or so and that also helps with keeping the waves under control. Deeper into the Bay when coming closer to the land in the area of the French/Spanish border it becomes very shallow and then the waves can build up strongly and crash with a gigantic force onto the coast or onto a ship if it happens to be there during a severe storm.

Why do the storms get so particularly bad here?

First of all, most storms come from the west and they have a lot more open sea area to play with and to blow over than when crossing more to the North and hitting the British Isles. Secondly it sits in a near perfect area to have the maximum influence from the weather systems developing over the Azores and low pressure systems over Iceland. Then when a storm arrives it is slowed down to a certain extent by the landmass of France, so it has even more time to intensify.  Altogether it can turn the Bay of Biscay into a real cauldron of very nasty weather which has caused many ships to sink when a storm came in a bit un-expected. On shallow water the waves get higher and higher and that makes it even worse.  Reason for all sailors to be very respectful of this area and to stay in the North Atlantic if the ship does not have to go to any of the ports in the Bay of Biscay area.

We have to go to La Coruna which is fortunately located on the very western edge of the Bay of Biscay. Also with today’s wind opposing the sea, the waves remain a lot smaller than otherwise could have been the case. 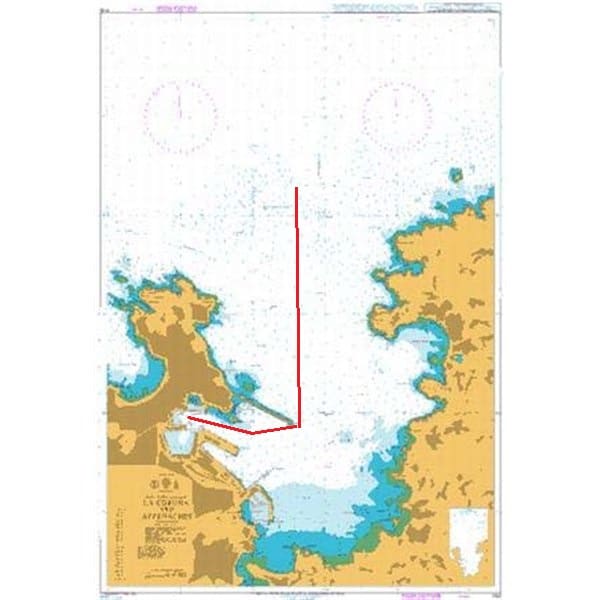 The port lays deeply in a sheltered Bay and the Cruise Terminal almost in the City.

We are supposed to be docked by 08.00 hrs. tomorrow morning and as La Coruna is located in a sort of Bay, which it has to sail through, the ship will make an early approach. Once inside it is a very nice and sheltered harbor, and the dock is located almost inside the city itself.

Weather for tomorrow, Partly Cloudy 75oF / 24oC with a gentle breeze from the North East, it should be a nice day tomorrow.