Today just a few photos, as I left the ms Amsterdam to fly to Ketchikan to join the ms Nieuw Amsterdam.  A few days earlier than scheduled. The Amsterdam will leave wet dock tonight around midnight and then sail for 3 days until it reaches San Diego. There everything has to be finished as the same day the Grand Asian voyage starts which will last until December.  I think the work will be nicely finished on time as the carpeting was and is going very fast. I am not technical so I can not say what is fast and not fast in plumbing but the ceilings were open everywhere.

I will join the Nieuw Amsterdam for 3 weeks, until October 21 and she is making a trans canal cruise to Fort Lauderdale so we will be going from Rainy Alaska to Tropical Panama to sunny Florida. More tomorrow. For now a few more photos. 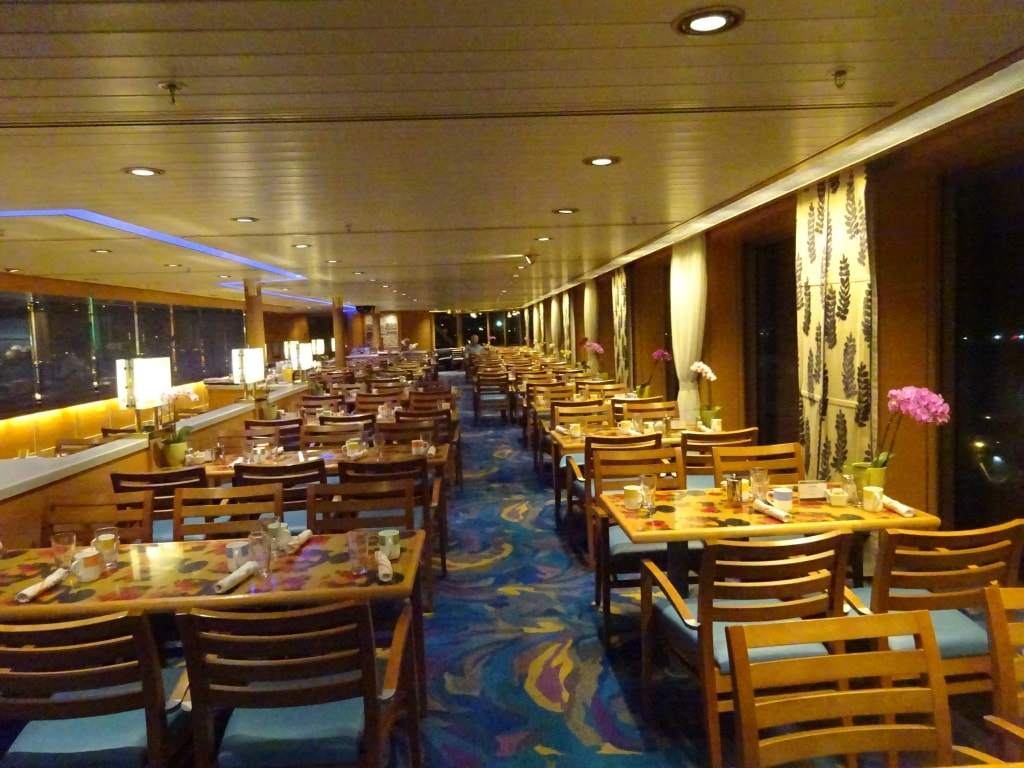 Old carpet in the Lido 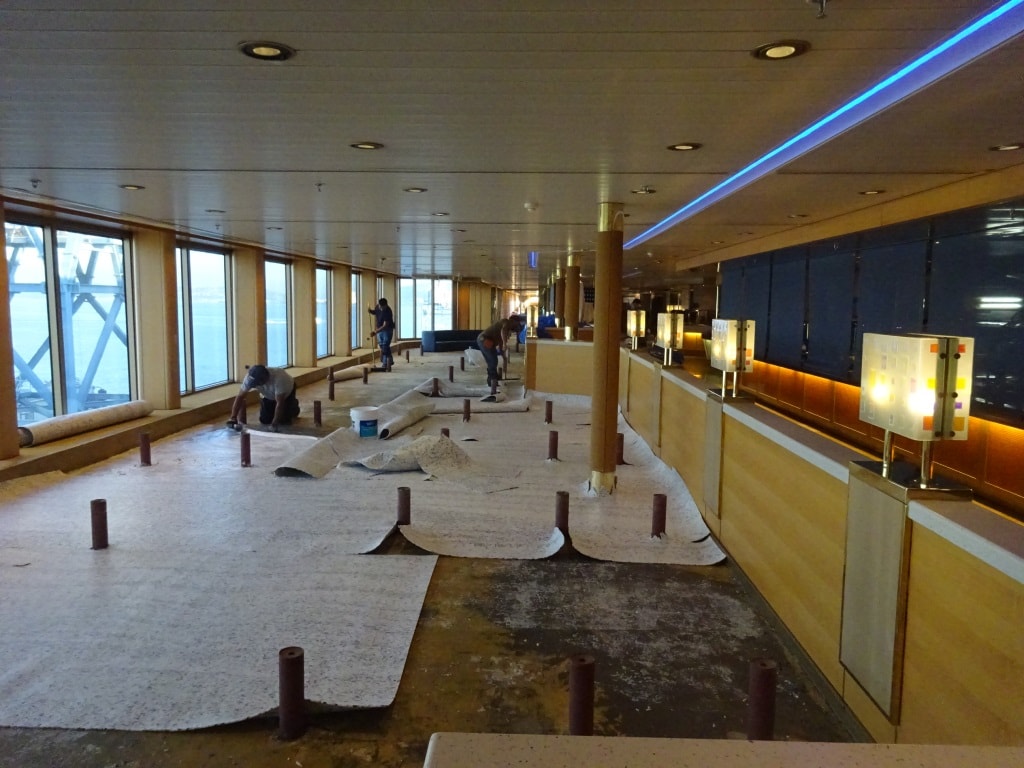 The underlay of the new carpet coming in. It was all finished just when I left the ship. 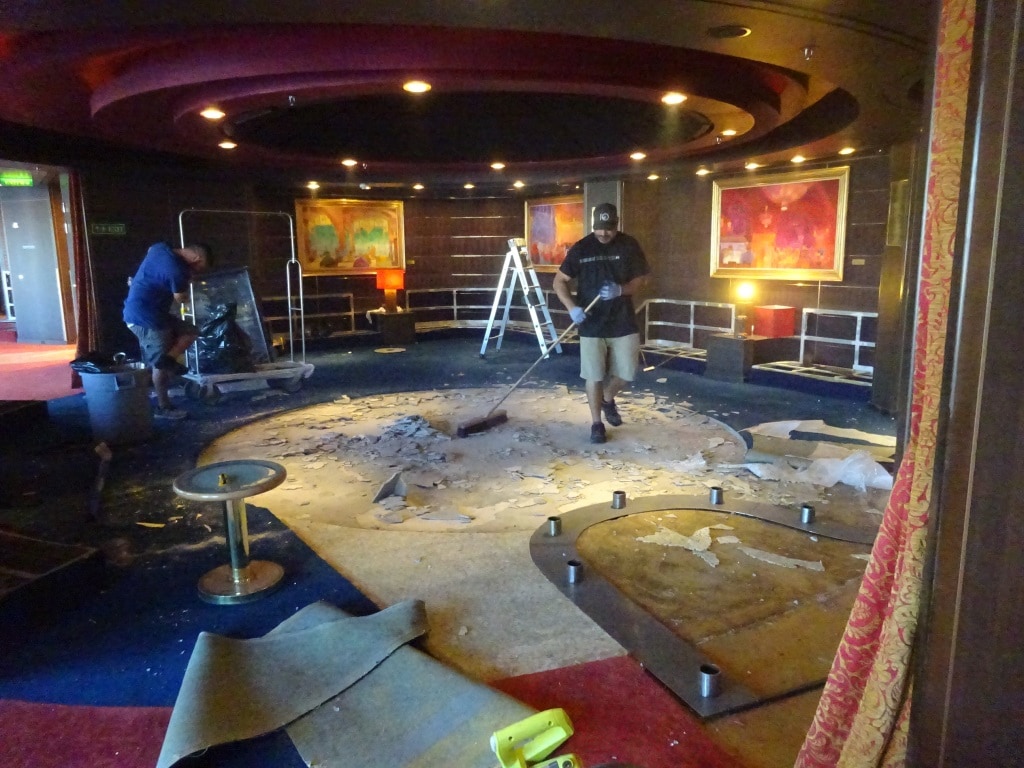 It was not only carpet and plumbing, we are also getting a new dancefoor in the Rembrandt Lounge and Amstel Bar, and if my polish was correct, a re-alignment of the piano there. 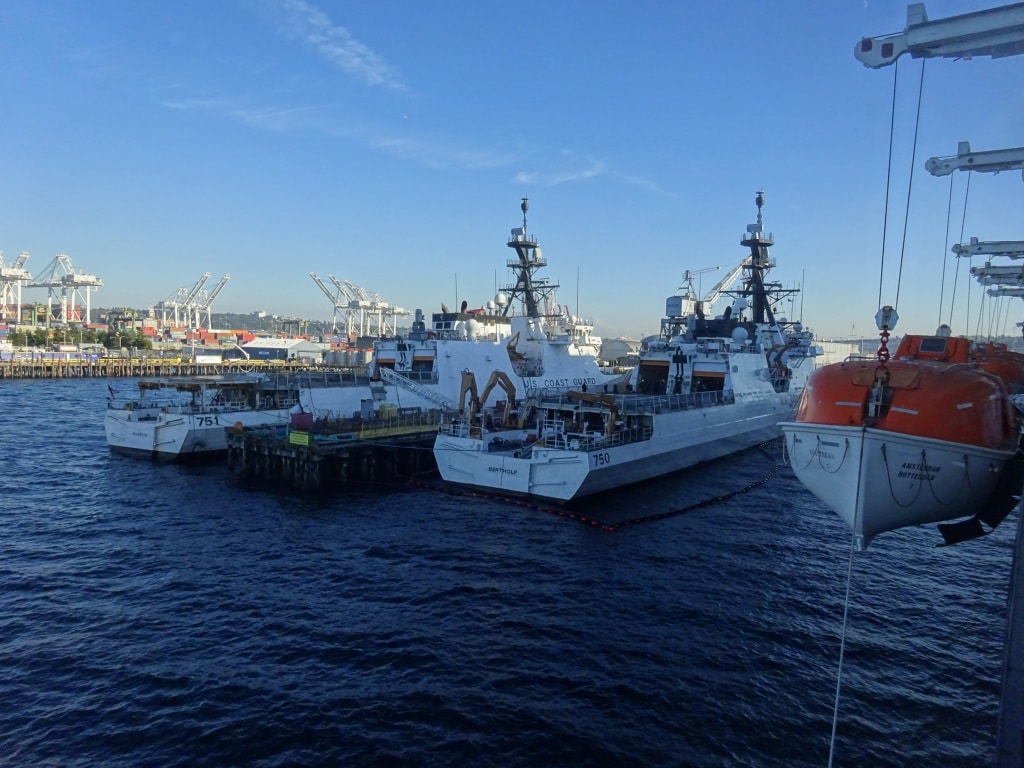 We were not the only ship in the shipyard. There was also a Pudget Sound Ferry and two USCG ships. the Walsche and the Bertholf.