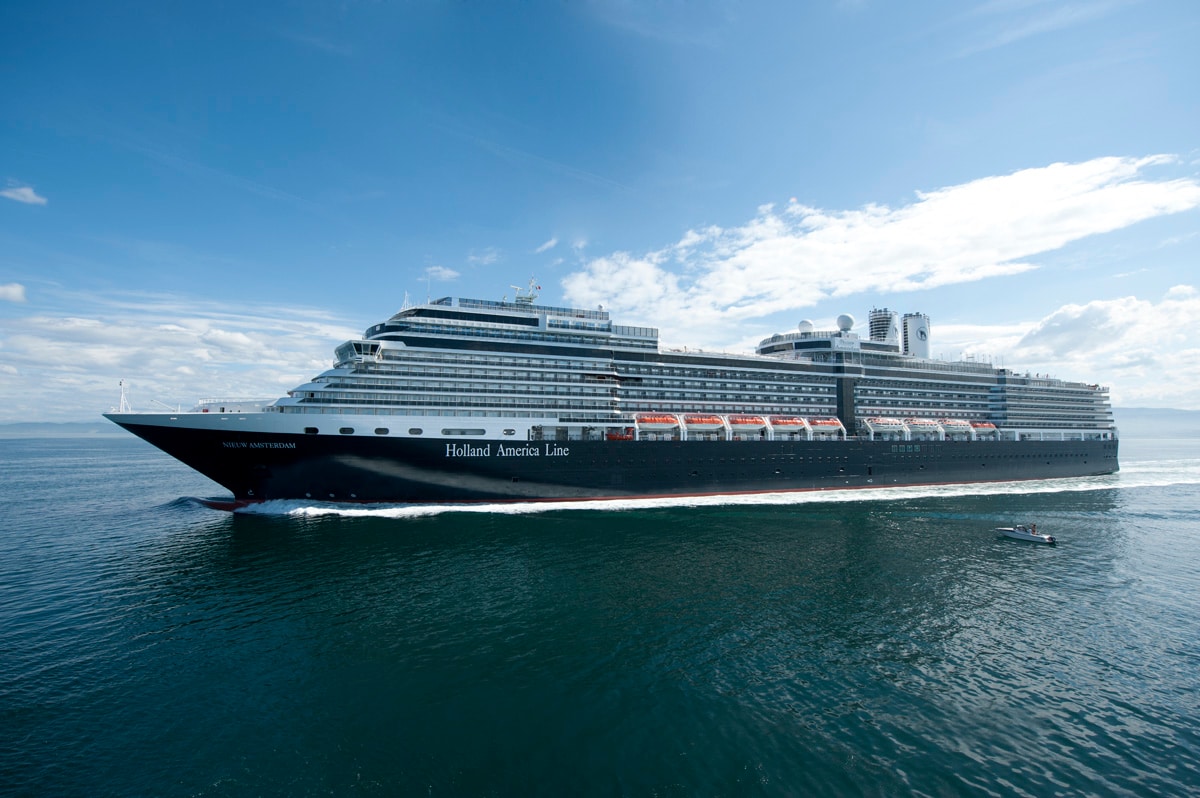 And thus I went from the “old” Amsterdam to the Nieuw Amsterdam by flying from Seattle to Ketchikan. As expected the plane was half empty while going up and very full while going down, as all fishermen, shopkeepers and other seasonal persons are leaving around this time of the year. And I cannot blame them as Ketchikan lived up to its reputation today as it was rainy and quite miserable. When I arrived, the Eurodam was also in port and thus we had the two sisters at one dock together. A bit strange to see as the Eurodam already has the new logo on the funnels while the Nieuw Amsterdam is still awaiting the change. That will come in dry dock next year. Then the ship will also get the “Koningsdam” revamp by installing the Music Walk. The casino will be reduced in size to make room for Billboard on Board with the two pianos, the Northern Lights disco will be removed and replaced with the very successful Gallery Bar and the Explorers lounge will be adapted to receive the Lincoln Art Centre for classical music. But that is still far in the future. 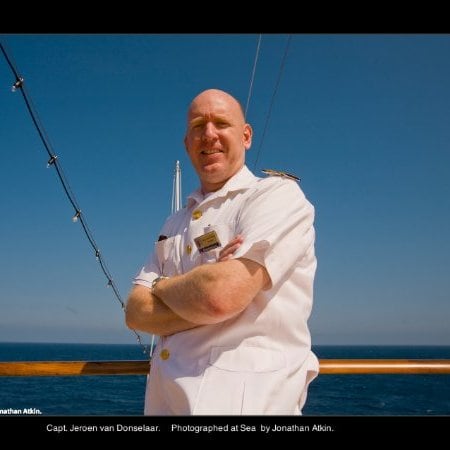 The ms Nieuw Amsterdam is under the command of Captain Jeroen van Donselaar whom I know since his day one as 4th. officer with the company and who I last saw when I had my Navigator Class on the Noordam two years ago. He will take the ship two days from now on the Trans Canal cruise down to Fort Lauderdale after which it will start first with a short charter cruise to the Dutch Islands in the South Caribbean and then cruises to the East Carib. How the latter will work out nobody knows as it will all depend on how far repairs have progressed. The Americans are in Puerto Rico and St. Thomas, the Dutch are in St.Maarten and the British are in the British Virgin Islands.  Although we all want to know what we are going to do, the company can only but wait to nearer the date to see what is possible.  If all those islands are still off limits then the whole cruise industry has to revise its operations as there are only a limited number of ports with a limited number of berths as an alternative. Uncertain Times.

I will be making sure that the ship has no uncertain times with me and I have embarked on my regular program of inspections and training’s to support the Master and the ship as best as I can. At the end of the Alaska season, there is always a larger crew change and that includes a number of new- new crew members so I will not be bored. New – new crew members are those who are new to the ship but also new to the company. With the arrival of the Nieuw Statendam just over a year way, the company already starts to gear up for crew alignment for that ship and to find a 1000+ crew out of the pool of 14 ships to go there.

Thus the fleet will absorb a 1000 new crew, plus replacements for those who are wishing to continue their career outside the company. Holland America is blessed with a very low turnover in general but it becomes more and more the norm that crew born after 1995 do not tend to stay that long. I think they call them the Millennials and they are moving around much more than my generation. Even if you want to stay sailing, the cruise industry is booming and there is space everywhere. When I started sailing in 1981 for Holland America; switching company was considered switching allegiance and was very much frowned upon. You did not do that, it was considered a weakness. Now it is considered the norm and good for building up experience. ………But if they keep sailing, they always tend to come back to us.

We will now be sailing from Ketchikan to Vancouver. Yesterday the ship had some bumpy weather with an over coming frontal system, hence the rain today, but tomorrow it should be nice and quiet. Then in Vancouver we will catch the last of the rain, but after 13.00 hrs. it should be sunny. Temperatures not bad for the end of the season: 14oC or 58oF.