For a moment I thought St. Thomas had the same meteorologist as St. Maarten as it seemed that the 11 percent of rain planned for the early afternoon was already there on arrival. Luckily it cleared up and it did not become a miserable shopping day. That is the main reason for having Charlotte Amalie in the schedule; beach tours and shopping. And for that we were at the right pier as Havensight has the most shops. When the ships are sent to the other dock at Crown Bay, shopping is less extensive and guests feel the need to go to down town. When at Havensight that urge is normally less.

Where we dock depends on how busy it is with ships. Until a few years ago it was quite simple if there was space at Havensight that is where you went. But then Havensight became too busy and Carnival Corporation helped develop the Ex US Navy Submarine Base. That dock is now called Crown Bay. Hence Holland America went there and so did Princess and the not 7-day Carnival ships. Then Royal Caribbean arrived with the Oasis of the Seas. That ship does fit at Havensight but it is a very tight fit to get around the corner from the entrance. (And then to get back out again) Thus an arrangement was made whereby The Oasis Class ships would dock at Crown Bay. That is a very easy dock to get to as it has an entrance (East Gregory) channel and an exit (West Gregory) channel so you do not have to turn around, but can just go astern into the fairway and then make a 90o turn for open sea. 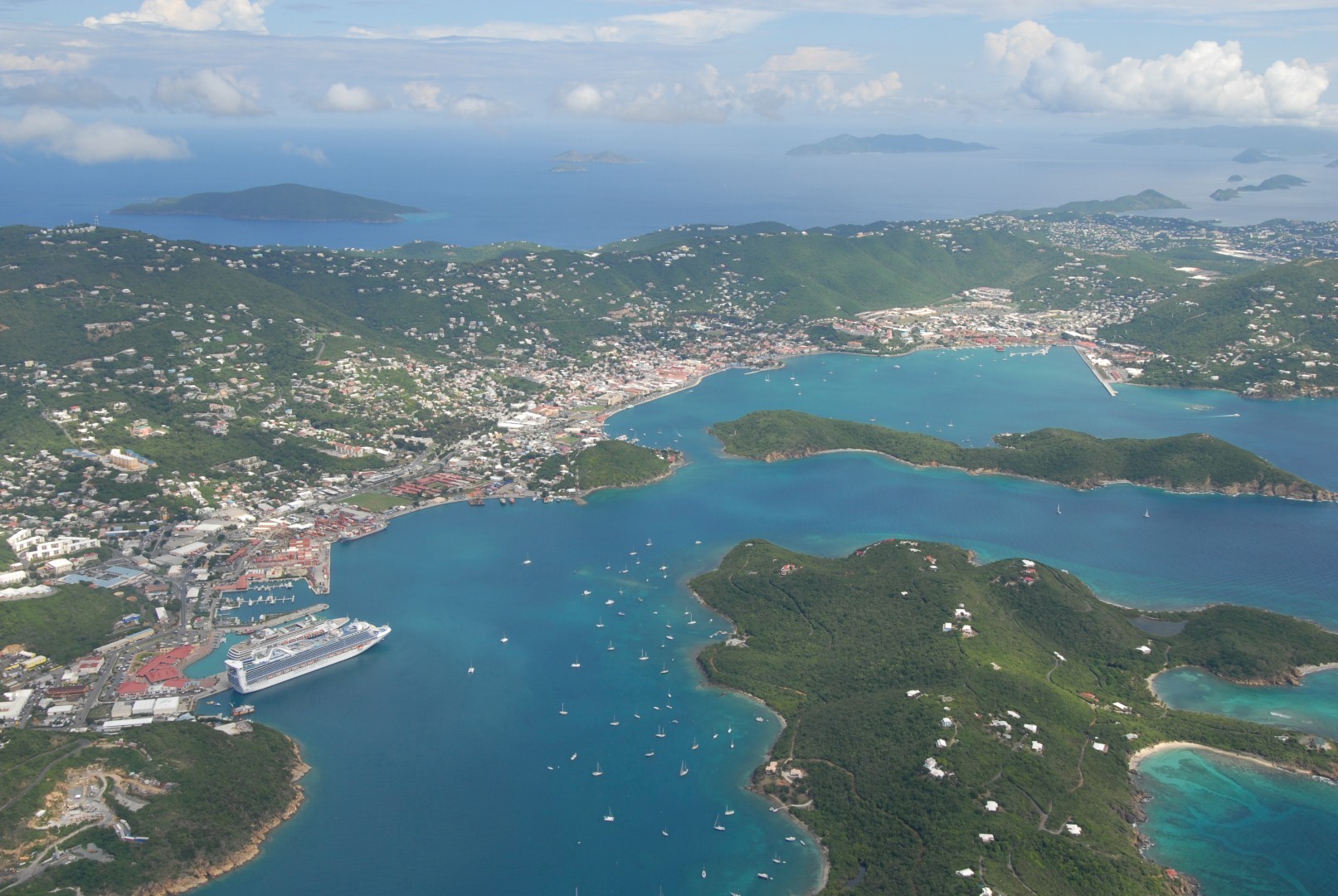 The layout of Charlotte Amalie and next door crown Bay.

Now when the docks are not full, the shop keepers get worried about where the ships will dock. For that a solution has also been found. There is an alternative docking arrangement in place:

As an example: Today:

When it comes closer to Christmas and more ships will have the port in their schedule for the same days, then the berths are being filled up according to the normal pecking order of who comes the most often and who is the biggest. 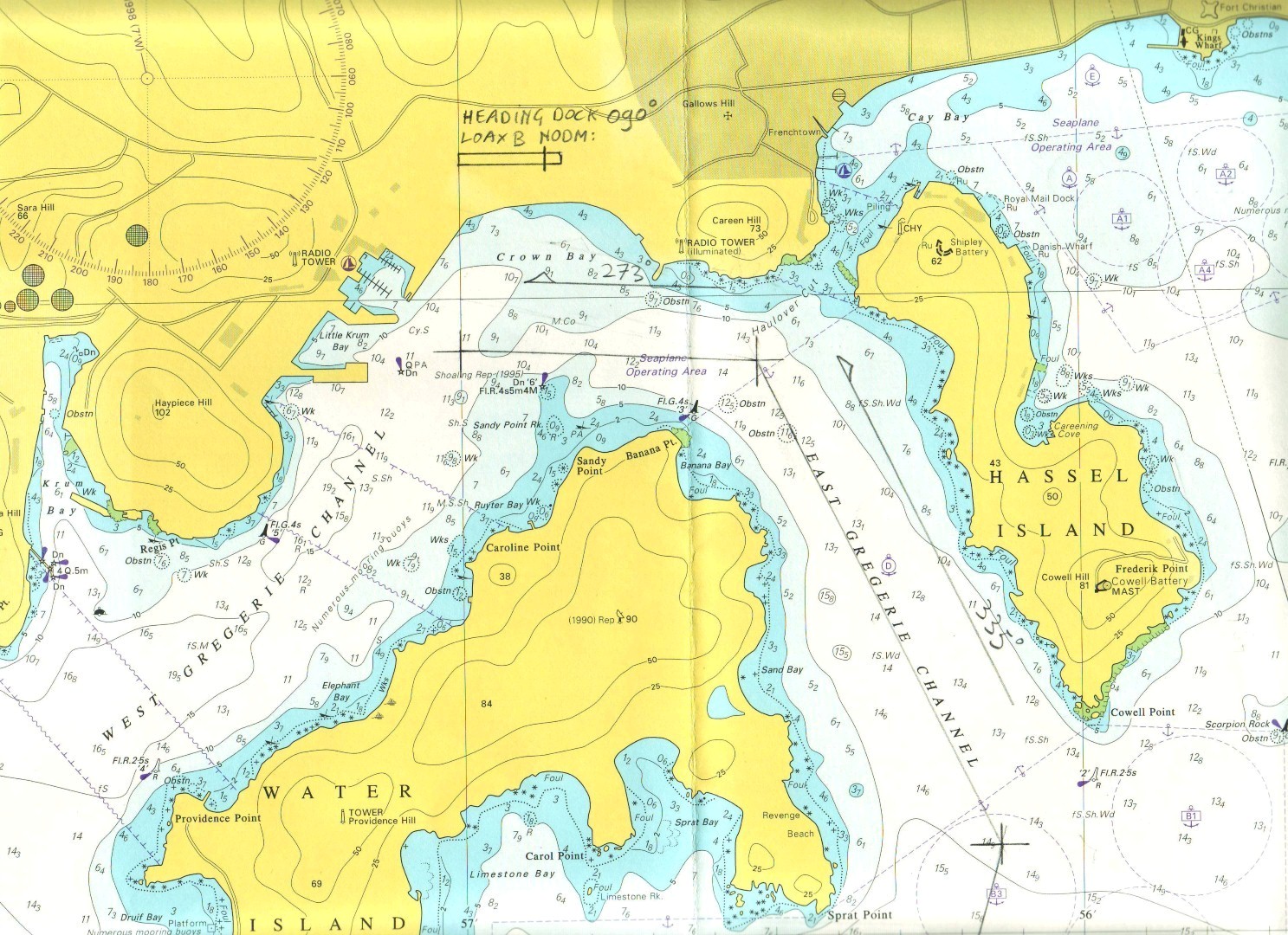 A paper chart from the good old days. Not as fancy as a radar screen with electronic map overlay but easy to understand.

The rest of the port is given over to the yachting community with some very big boys, commonly known as gin palaces, but also with the real sailors who go around the world and end up in St Thomas for a few days or weeks to recuperate. St Thomas is one of those places were in the past (read pre FB) the traveling yachtsman would pick up his/her mail. In a similar way as is still done in Café Sport in Horta, Azores. Now with satellite communication and global roaming for the cell phone that need has diminished considerably but the tradition is still there.

Havensight is a very happy port for the crew. As right outside the gold and glitter shops are a few normal places that cater to those who cannot throw with millions. Among others there is the “Filipino shop” which was founded to cater for the Philippine crews on the cruise ships but which is as popular with the Indonesians as they stock all their favorite snacks as well.  So after the General Safety Drill, there was a wave of crew rolling ashore to stack up on all that makes life below decks more comfortable. The company provides a lot of snacks for the crew in the crew bar but the grass is always greener on the other side of the hill and thus we get our favorite snacks ashore.

Tomorrow we have a sea day as we are heading back towards Ft. Lauderdale, but first we will call at Half Moon Cay the day after tomorrow. Weather should be excellent, as we will have following winds, so basically wind still on deck. And I think we will easily out run the band of rain that just coming over St. Thomas. 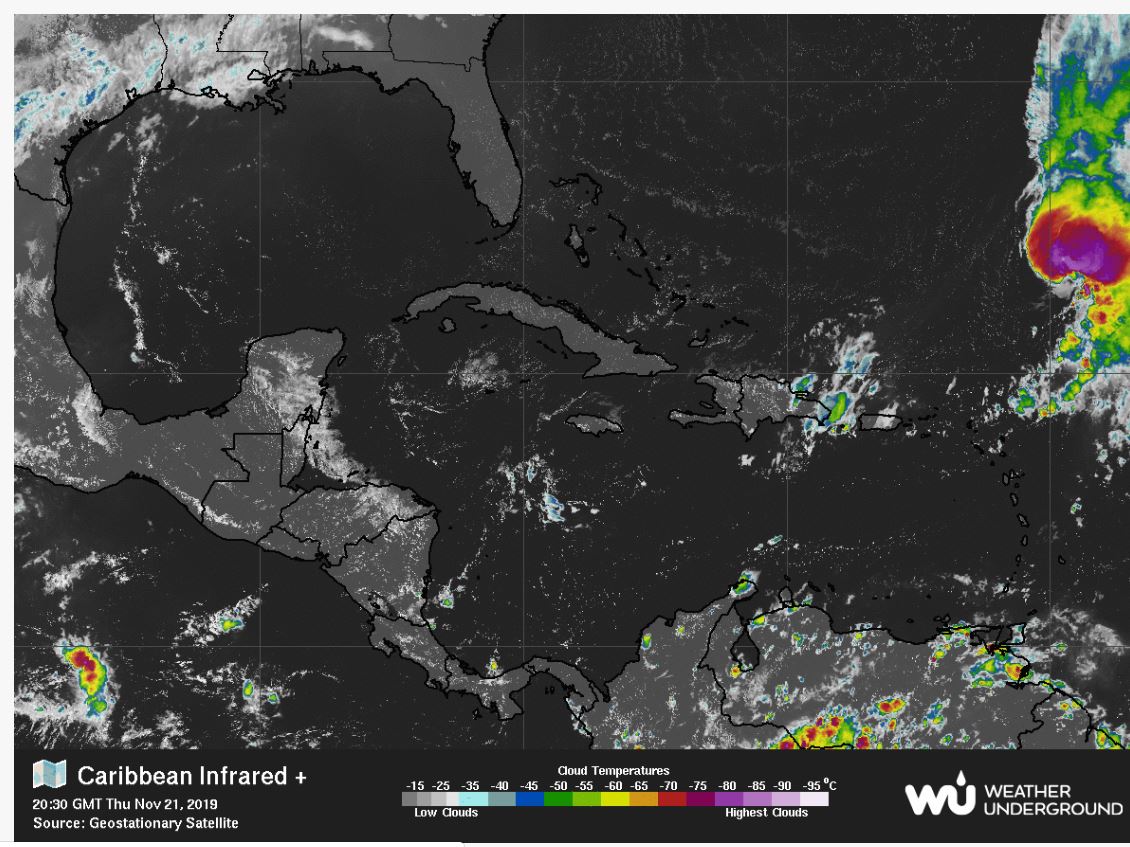