Everything went as planned and by 0630, the ship was all fast under an overcast sky and with next to us the Grand Princess who is basically sailing the same cruise as we do and therefore never very far away.  In some ports they sail earlier than we do and in some ports they arrive later but in principle it is the same route that they follow. As both companies are now part of the HAL group (Consisting out of HAL, Princess, Seabourn and the Hal/Princess land tour part) it is basically one happy family that sails around in circles here. As with any change over port, the routine is the same as always, a very busy routine, which meant that apart from paperwork I was not in action today. I had my days outing courtesy of the CBP, as I had to oblige with the zero count = empty ship, required to ensure that everybody has gone through the CBP check and an hour later I was back on board.

The lack of adventure for today, gives me the chance to blog about something else. It has been announced a while ago already but it will come back time and time again until November 2015. And that is the transfer of the Statendam and the Ryndam. Two beloved ships but also part of the oldest class in the fleet.

A few years ago, our CEO Stein Kruse mentioned in a cruise magazine that he saw Holland America’s optimal size of fleet being 15 units. And now we have a 16th being readied, the Pinnacle-dam. (That is not the official name but the ship belongs to the new Pinnacle class). Based on that statement I was not so surprised for an announcement to be issued that one of the ships would have to go. I also was not surprised that it would be the Statendam as she is the oldest one. I had not expected two ships at the same time. Although the order of our new ship, also called for the option for a 2nd one, so maybe there is something there.

Now you can sell two very handy sized ships for a good price to a buyer but then they come back as direct competitors. Thus Carnival has instigated the policy to send smaller units to new markets. As a result the Statendam and Ryndam will go to P&O Australia. This company is also part of Carnival Corporation and Australia is very much an upcoming Cruise Market. The challenge is the size of the country, or better said the Continent. If you want to make cruising easy for newcomers, you do not want to have them fly for hours to something they do not know. But if you can get the ship to their doorstep, they might go for it, and once you have the cruise bug, you are hooked for life. 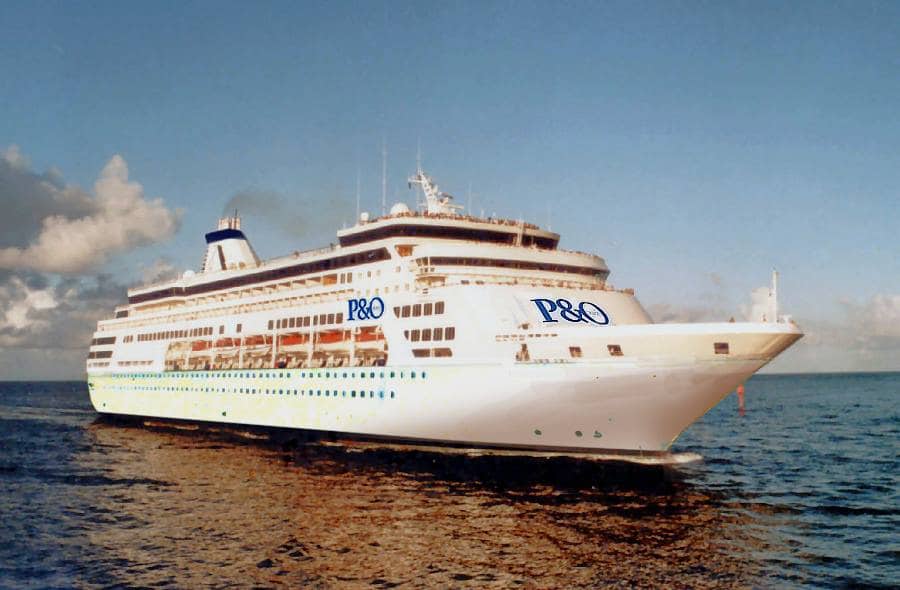 The way the ships might look like after the hand over. (Photo Courtesy; a creative soul on the internet, name unknown)

Thus down under is very much a target area for Carnival Corp and that means that you have the start with smaller ships. In the same way as they developed the Spanish market with Iberos Cruceros. Also here smaller ships haven been brought in already. P&O Australia has a number of ships that are smaller units of P&O/Princess.

The changeover will start in November 2015 when both ships will receive a makeover to get them ready for the Aussie & Kiwi market. I do not know what this make over will entail but I would be willing to bet a few dollars on it, that they will install another bar or two, as they do like a drink down there.

I will be sad to see the two ships go, as they were very beloved by our guests. I liked them as well, as they were very handy in maneuvering and had a lot of power for their size. However in order to keep the majority of our clientele happy, the company has to continue offering the latest in the industry and that means constant renewal.

Down under they are ready for them. The first thing they did was start a competition for new names and recently the two names chosen were announced.

The ms Amsterdam sailed under its own name on time from Seattle, ready for the next round of Alaska, with a full house of excited guests. The weather for tomorrow gives for little change, so we have to see how it will develop in the coming days. I need wind still weather in Juneau, as my classes have to mess around with lifeboats again.