It was a dark and chilly arrival this morning when the ms Amsterdam slipped into her berth at Kodiak. We docked right behind a Matson Container ship and that solved the question of where all those Matson containers were coming from, the company has a regular service to some of the Alaskan ports.  It is not meant in a negative way but you can smell Kodiak when you come closer. Right behind the dock which is used for the cruise ships is a Fish Collecting warehouse and the smell of fresh fish was all over the place. I did not sniff any fried or cooked fish, so either there was no fish processing plant or they were not in action during the period we were alongside. Hurrah for that as the smell of cooked and fried fish is very hard to get out of a ship; as the smell tends to cling to anything that is part of the A.C system.

We did not need much A.C today, at least not the cold version, some warm air was much appreciated as it was quite chilly again but we had sunshine and we had a very nice sunrise in bright red behind the ship. I am quite used to beautiful sun rises and sunsets but this was a real good one. My camera did not do justice to it. 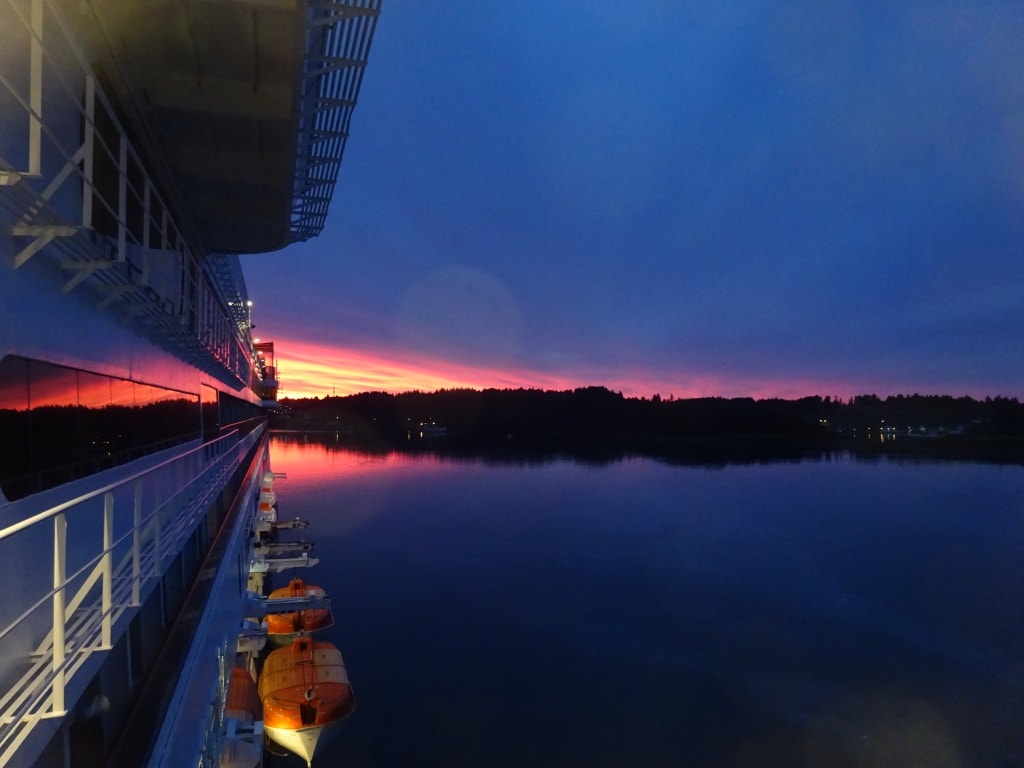 It does not look much on camera but it was quite spectacular.

Kodiak is located on Kodiak Island just south of the Kenai Peninsula and just east of that stretch of land which ends up in all those islands called the Aleutians. What is there to do on the island? Plenty of things. A lot centers on wildlife of which there is a plenty, lots of bears, and there are tours by Plane, helicopter or by coach.  There is quite a bit of history from the Russian days including two Museums which are housed in Old Russian buildings. There is even a Maritime Museum which is focused on documenting the history of the fishing industry here.  And last but not least the island has its own Fort; Fort Abercrombie which is located in the local State National Park. It is now in ruins and was constructed in the 2nd world war to stop the Japanese from visiting. There is another Fort of the same name but that one is located in North Dakota as google just advised me. The fort is located in the State National Park and that is the main reason for its significance nowadays. 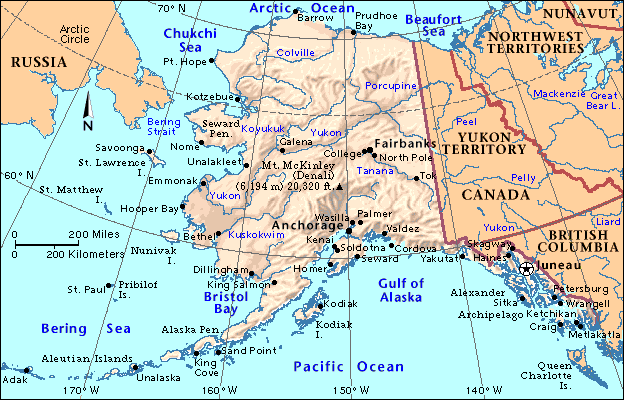 Kodiak Island located at the most western side of the Gulf of Alaska. Further south it is called the Pacific Ocean again.

I did not see any of this as I was at work deep in the bowels of the ship. The challenge today was to figure out how the builders in Italy had managed to muddle up either the drawing or the way they had built protection around a space in the ship. I blogged about this before during my last contract; but as a recapitulation, when a cruise ship is built, its interior receives special protection, fire insulation around a space depending for what the space is being used. Solas (Safety of Lives at Sea) Legislation recognizes 14 different Categories and each has its own special requirements. If you want to store paint it has to be a category 14, if you want to store just paper then a category 7 is enough. Hallways and staircases which can act as funnels during a fire are a category 2 or 3 and an electric locker with fuse boxes is a category 10. As cruise ships are forever upgraded, these areas are sometimes rebuilt and the right category needs to be adhered to. That normally works out but sometimes the border is a bit blurred. And when not, the crew can also be quite creative in putting things in lockers where it really does not belong.

So Holland America has a program during which the staff Captain or his designee will visit all the spaces on board to see if it is still in compliance. I was today trying to figure out what should be on the checklist so that this inspection can be carried out correctly. The drawing did not help so an extensive inspection was carried out. Turned out that when the space was upgraded a few years ago not all the information had come over and the new drawing did not reflect that.  So all was well in the world and the drawing will be corrected in due course.

As mentioned yesterday, departure time was 14.00 hrs. and the weather decided to follow the forecast today. We are sailing over a very smooth Gulf of Alaska at the moment and it is supposed to stay that way. Winds will increase a little bit to 20 knots but will be blowing with us and will bring some rain. But no bumps are expected in the road thus far. Tomorrow afternoon we will be visiting Hubbard Glacier and we are keeping our fingers crossed for not too much ice so we can get close to the Glacier.