Today we are exactly a week at sea and we are almost there. North West Providence channel is now rapidly coming closer and that is where we will see land again for the first time. Bahamian Islands to starboard and to port, visible to eye if the weather is clear.

Here at sea the weather was not very clear and Mother Nature had decided not to listen to what the meteo guru’s in their infinite wisdom had pulled out of their computers. On a wide open ocean, it does not take very much to change a regular pattern of weather. And that is what happened last night. I was bravely hoping for a real Caribbean day, with lots of sunshine, and what we got was still a Caribbean day but the rainy version.  A long band of rain had been laying over the east coast of Florida and it was supposed to come over tonight. No problem for us, everybody inside enjoying the music walk and the Bo ‘sun outside enjoying that his ship was de-salted free of charge. 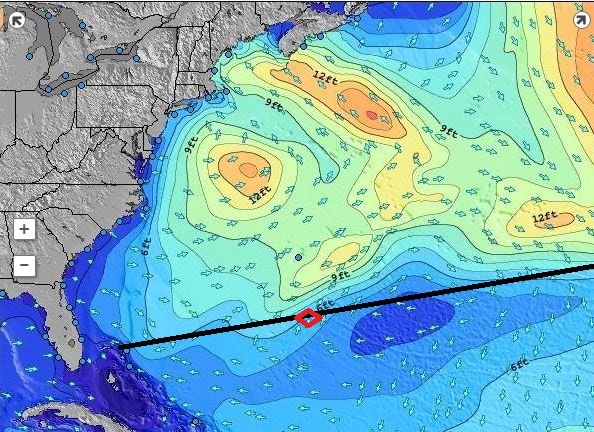 Quiet times at Cape Hatteras. Patches of 12 feet of swell is really nothing compare to what it is capable of.

But the frontal system decided to speed up, most likely caused by the fact that it is unusually quiet at Cape Hatteras at the moment and the weather system was not pulled that way. So it came our way and all morning dark and gloomy clouds were surrounding the ship and on occasion also descending upon the ship. By lunch time it started to clear up but it will not be before tonight that it should all be gone. Unless the weather front decides to stall, then we will still have some of it tomorrow. But still, the seas are fairly calm, we just have some chop and wind caused by the weather front and the ship is riding nicely through it all. 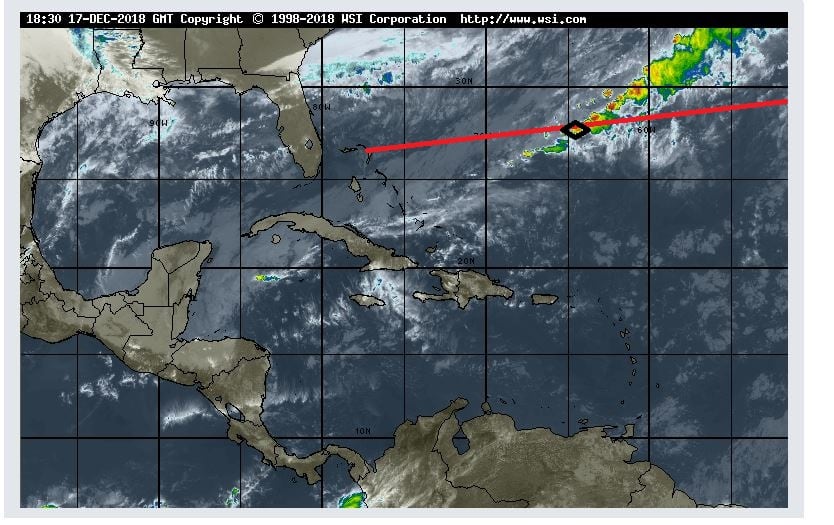 And this is the rain picture we sailed today through the lower tail of the weather system. (Photo courtesy www. Weather.com)

A guest commented today, that he has seen so few ships since leaving Funchal, and he was correct. Although there are plenty ships out there the area is so vast that even if they go the same way, they might just be outside the range of the eye. The earth curves and thus you can only see so far. On the bridge which is about 75 feet above water, we can see between 10 and 15 miles depending on the clarity of the air and the size of the object. At night we can see ships about 6 miles away as that is the requirement for the strength of their navigation lights. On our commercial radars we can pick up a ship at 48 nautical miles and sometimes even up to 96 miles. The Navy has much better gadgets again and can do several hundreds of miles without any problem. 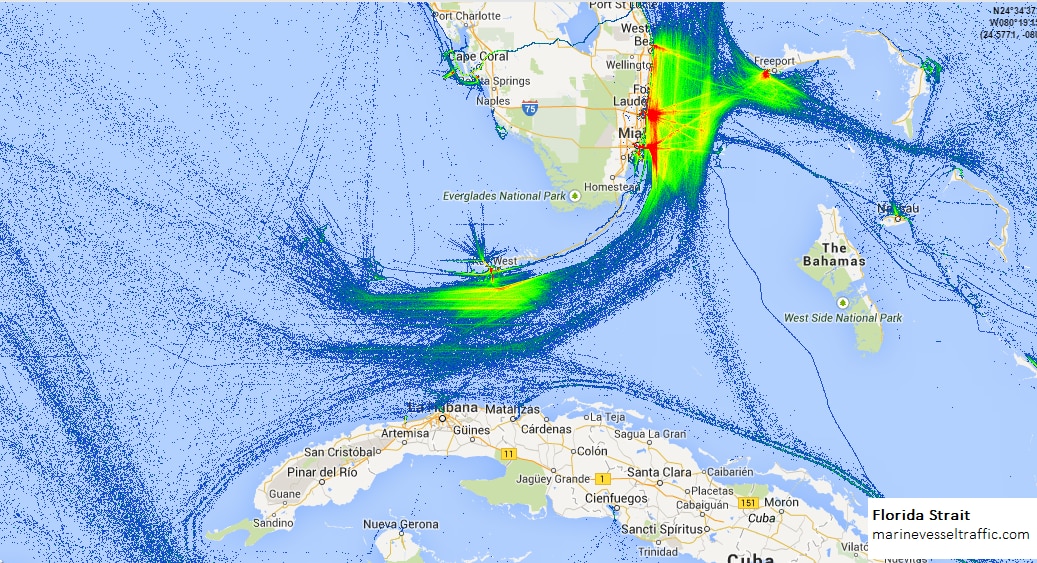 This is a shipping pattern that you can plot if you keep adding the transponder trails to the same route over a period of time. It shows most of the traffic near ports and a general trickle going South East of Freeport, there were we are coming in.

But the main reason for not seeing many ships is, that our route is not a main shipping route. There are not many ships who ply between Funchal and the Bahamas and thus we are really alone. This route only sees traffic in spring and autumn when the cruise ships are migrating. Most ships coming from or going to the American continent, follow the  Gulf Stream  and make an educated guess between sailing in the nicest weather (and making good speed) or  taking a bit of turbulence (and losing some speed) if in the balance they still make the best time. Cargo ship engines are the most efficient when going full speed. So those ships race full speed to their destination and when they arrive, drop the hook if they have to wait for a berth. Then the expensive main engine goes off and a small auxiliary or donkey engine provides the little bit of power that is needed to keep the ship going.  So for them it is not so important to have nice weather but combined circumstances that equate to the lowest fuel consumption.  The Gulf Stream in the back helps them save a considerable amount and thus they start their crossing most of the time just under Cape Hatteras. That does not give the best of weather but they will have following storms and that does delay a ship much less than have to battle against a storm. 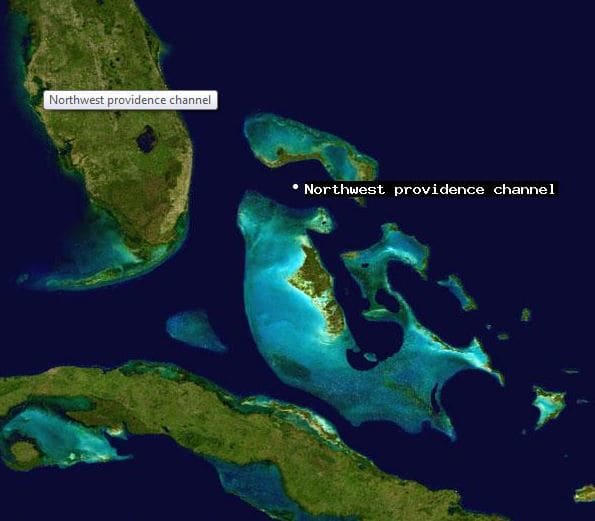 A nice aerial photo which shows the Grand Bahama Bank, the islands and other sandy patches. (Photo courtesy NASA, so I assume this was taken from space)