And thus after 2 months of leave I joined the ms Veendam in Fort Lauderdale. The night before I stayed in the Hilton Marina which has the advantage that when you wake up in the morning you can see all the ships in the port. And that has the advantage that you can see if your ship is in, and if not you can have a lay in; in the hope that she will show up later in the morning. But she was there, together with the Eurodam, the Oosterdam and a Princess ship so today the whole port was occupied by ships of the “HAL Group” (which is a sub group of the Carnival Corporation and consists out of Holland America, Princess and Seabourn). 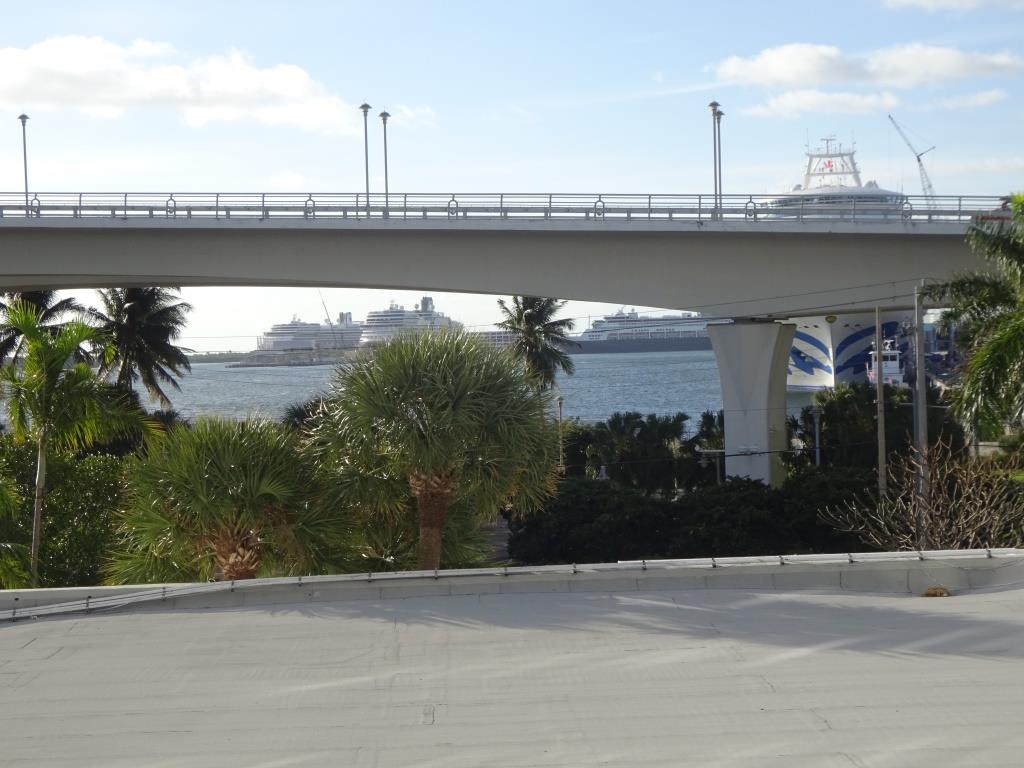 The view from my hotel window on the 3rd floor. If you are a real posh person you get a room higher up so you can look over the fly over for the cars, but as I am only a mere mortal, I have to look under the fly over. From left to right, Oosterdam, Eurodam, Veendam and Princess

I can have a lay in anyway as normally I go to the ship in a turn over port around 10 am. When all the guests have disembarked and everybody has a moment to reflect before getting going again with the next cruise.  Plus as one captain once said, “I do not want to see you before I had my breakfast, as you always bring challenges”. And yes I do as I observe things, but I also help to solve them so in the end it always works out well.  Thus I waited until the captain had his breakfast and the disembarkation process had been completed before I popped up at the gangway.  This time the Captain had a very early breakfast, as he had joined the ship today as well but on arrival time for a handover with the departing captain. Now in command is Albert John “Steve” Macbeath, which means he almost shares my first names Albert Jan. And by having the same first names he cannot be anything else than being a very good captain….

I first came across him when I was captain of the ms Veendam as he joined Holland America in 2007 as 2nd officer. He went up the ranks, while I got older and he has now been captain for about 3 years. You can find his biography here on the website under current captains. He will take the good ship Veendam on a seven day East Caribbean cruise, sailing from Fort Lauderdale to Grand Turk and from there to San Juan, St Thomas and back to Fort Lauderdale on a 7 day cruise. To make it possible for guests to stay 14 days without getting bored, the next week we are going to Key West, Grand Cayman, Ocho Rios and Half Moon Cay. And then repeat the East Carib cruise again.  The ms ship Veendam will spend the first day of this cruise at sea before we reach Grand Turk Island on 07 Feb. At 08.00 hrs. 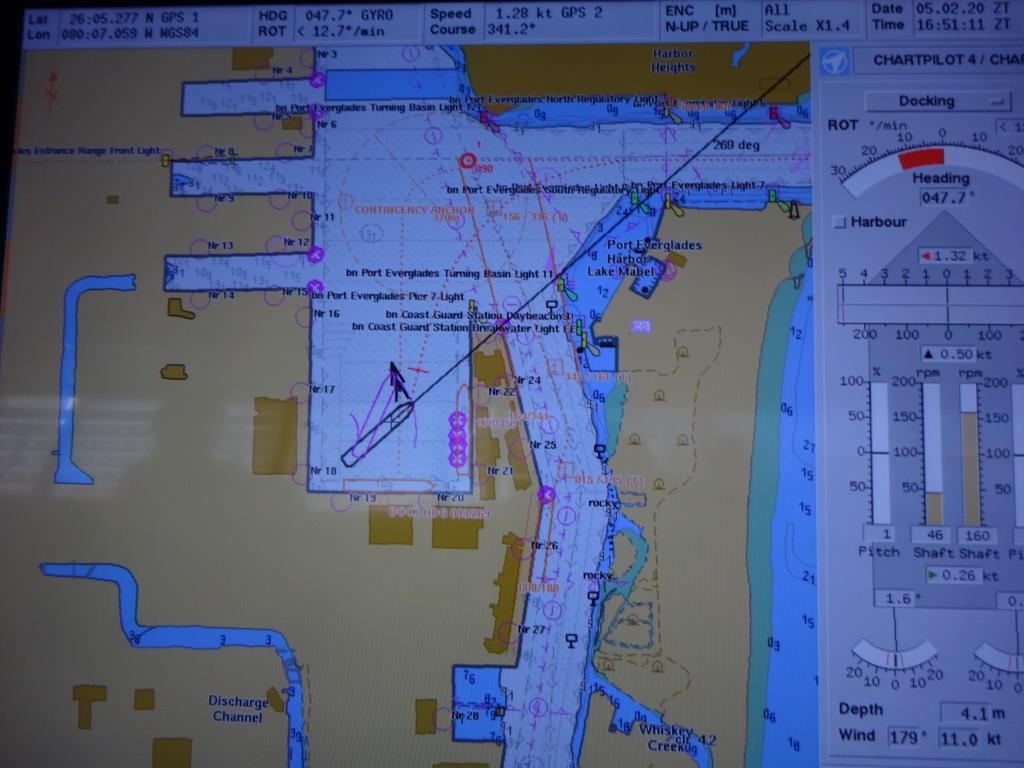 Sailing out of berth 19 has its challenges as you have to maneuver out from between the ships at berth 17 and berth 21. This is the maneuver as made by the Staff Captain  who swung nearly on the spot and then sailed into the center basin.

For those who have been keeping an eye on my published schedule; the disclaimer “subject to extremely much change” kicked in. I was supposed to visit the Seabourn Odyssey first, but she is sold-out and thus has no cabin space. I will now try her later, and I will update my schedule accordingly. Same for the sailing schedules of the ships captains, you can expect an update shortly.

I have not been completely loitering around while on vacation but managed to upload the complete Biography of Captain van Gemert (Who was torpedoed in the 2nd WW, but survived) and partially of Captain Filippo. (Who ran under the noses of the German occupation forces, a complete payment system for the sailors families in the occupied territories) Both are under the tab, Captains of the past. 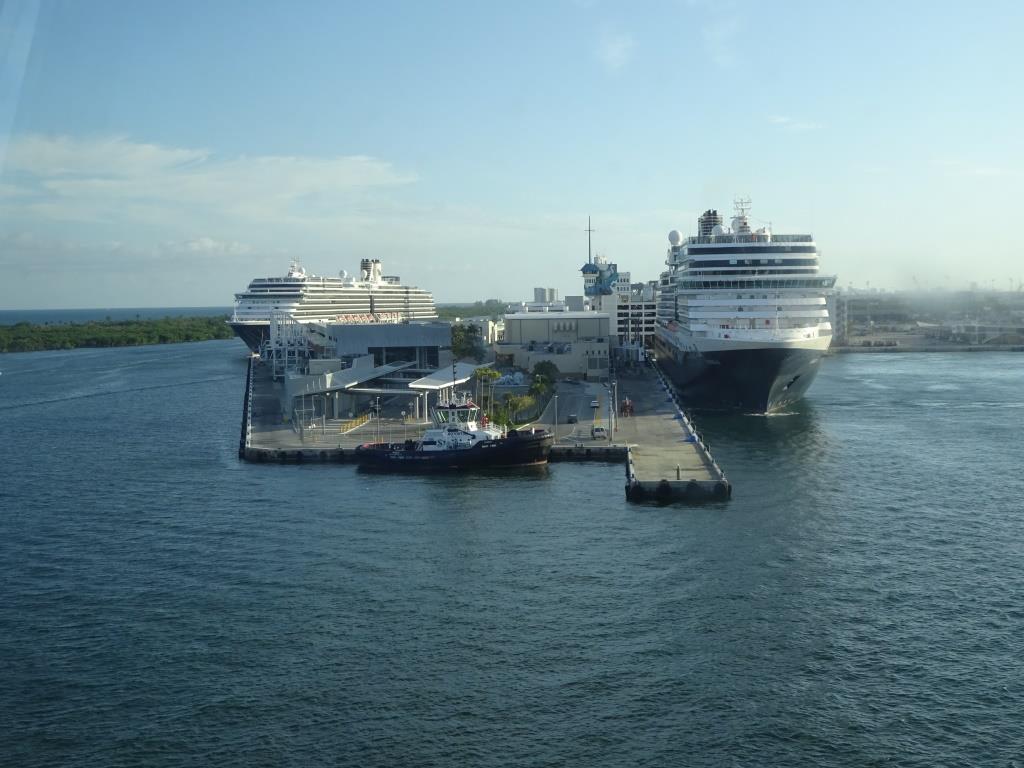