During the night we were literally flushed out of the St. Lawrence River. When the river level is normal, e.g. all the spring water has drained away, the current going up river is about the same as the current going down river. And then we do not gain much as things balance out. But with so much water coming down the St. Lawrence, the flood tide has a real struggle to assert itself and the current up river, against us, is then not so strong. But when the tide then turns to ebbing, all the water that was sort of halted by the flood current comes down again as an avalanche. So for most of the night we had 5 or 6 knots of current with us. And that was a nice bonus but also a necessary bonus as navigating the river costs more time than in the past.

There are a lot of conservation initiatives going on along the St. Lawrence Seaway and some of them have been going on for a long time and they are really starting to pay off. Nature, in the water, is returning. But with the “returning nature” speed restrictions are necessary to protect the wildlife that is re-settling again or has been brought back from the brink of extinction. Good for everybody but it means a lot more planning for the navigator and it has made it a lot hard to keep the cruise schedule.  Nature takes preference over marketing and thus we simply go slower where needed. But a little bit of help from Mother Nature with a push in the back where allowed goes a long way.

The ship has to go slow in several areas:

First we have to be careful of humans, or better said the boats that humans own. Just outside Quebec there are several marinas where boats are tied up, sometimes very professional, sometimes not and our wake could damage them. As we do not want to upset these humans, the authorities have imposed a speed restriction and the local harbor masters are using radar scanners to check our speed. Once past the marina’s the pilots approve the maximum speed we can safely travel down the river. The next challenge is the exit of the Saguenay River coming out of Saguenay fjord. There can be 5 or 6 knots of current flowing out during this time of year, so ideally we like to keep up the speed so we drift less. 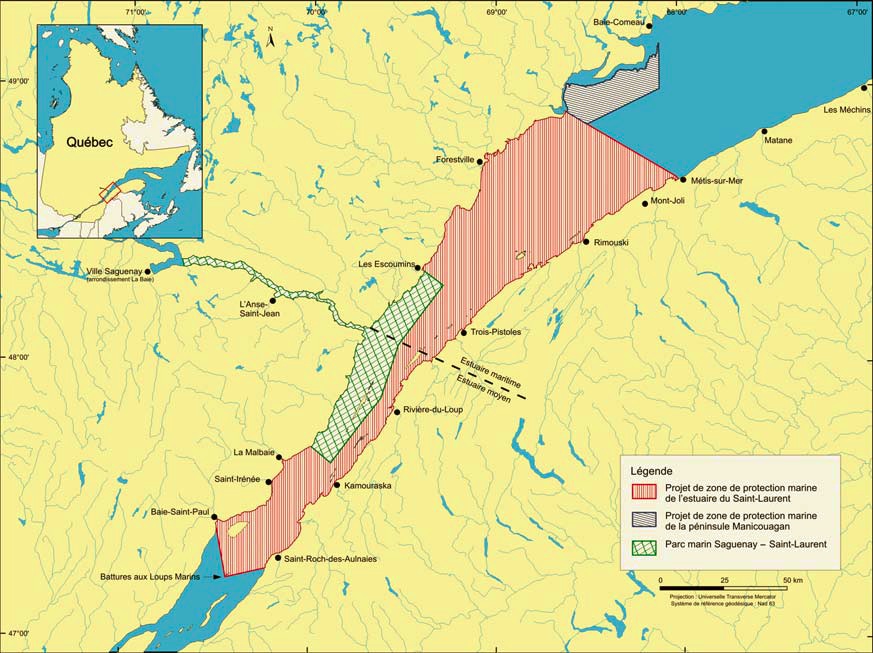 The main areas of conservation on the river. The green marked area’s are already in effect with a part of it for the Beluga Whale protection and speed regulations.

But we can’t, as this is a Beluga Whale conservation area. Whales are very intelligent animals so a ship does not hit them as long as they hear the ship coming. For that purpose we slow down again. Once past this area, we approach the pilot station at Escomins where we say goodbye to our river pilots. They also need a slow down to step on our pilot boat. 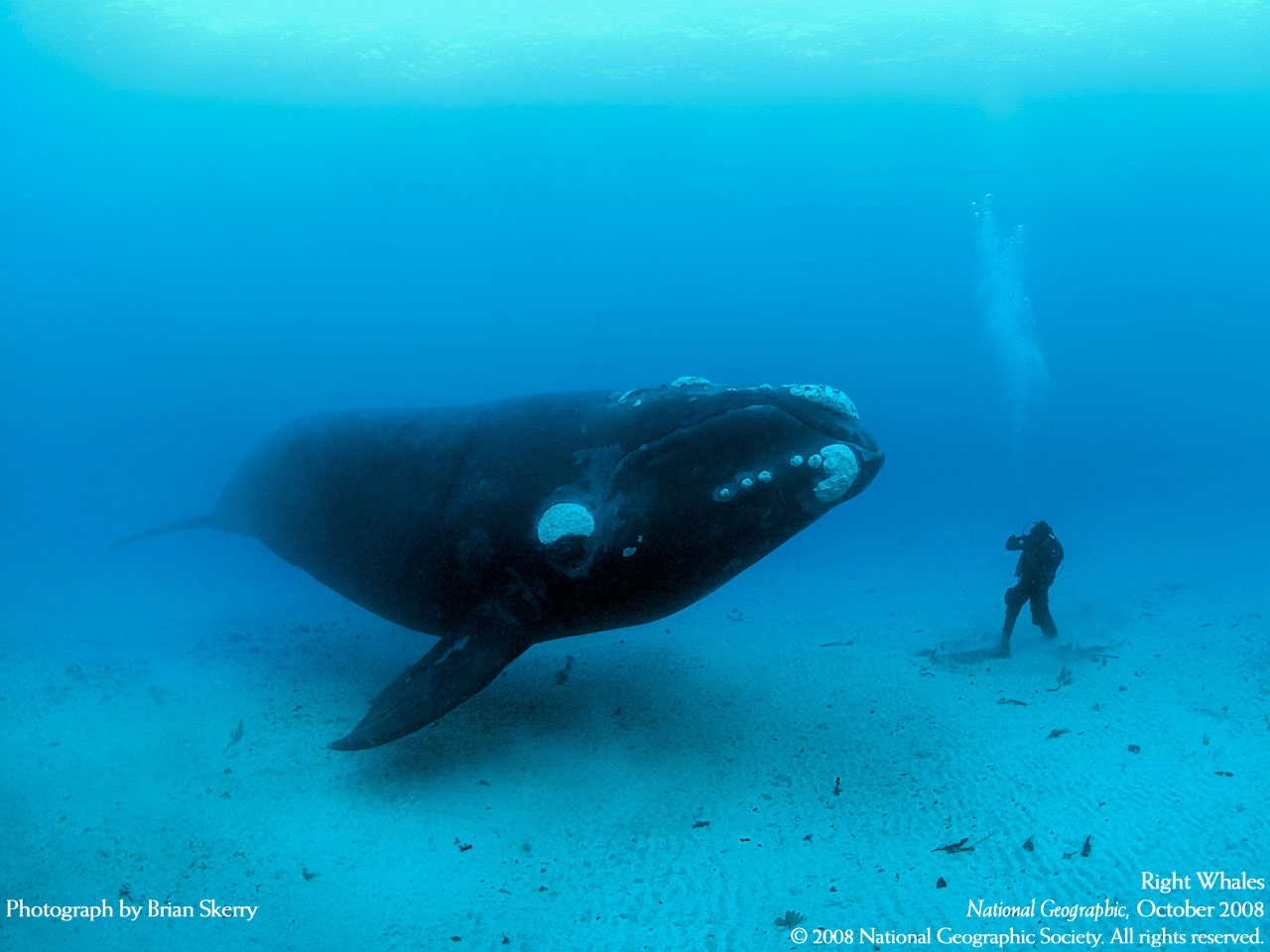 The Right Whale, with a thank you to Mr. Brian Skerry and National Geographic for this very impressive photo.  I hope that I do not infringe on copyright.

From there onwards we can go to our normal speed, until we enter the St. Lawrence estuary or the Gulf of St. Lawrence. At certain times of the year the Right Whale is in the area. This is the most endangered group within the Whale families. There are only about 400 left and the problem with them is that they are not reacting to anything around them.  Plus they are not really visible compared to the whales we see in Alaska. So the Canadian Government has created DMA’s,  or Designated Marine Area’s and these are closely watched by the Coast Guard. (In the same way, as near Boston and further down the East coast of the USA).

When a sighting is reported then a speed limit of less than 10 knots is imposed. 10 knots is concerned by the whale experts a speed that will give the whales’ time to react to an approaching ship. It is possible that there are no whales and then we can continue with our average voyage speed. But if there are whales then the Canadian Coastguard, at once, imposes speed restrictions.

So the captain has to take into account that all these speed restrictions might be needed and for quite some hours. Thus we go as fast as safely possible in the open areas and are very grateful for a push in the back by the ebbing current. Once the strong spring water flow is gone, then the captain might have to decide to leave a little earlier from the last port and arrive a little bit later in the next port to be in compliance with the slow down zones and share the sea with the whales and other animals in a sustainable way.

Tomorrow we are in Charlottetown on Prince Edward Island. We are scheduled to be the only ship and thus there will be no squabble over who has the only dock that there is.  It will be an early morning for me as the pilot is scheduled for 06.30 hrs. so I will be up and about by 06.00 hrs. as in the coming days I will be taking the Sr. Cadet forward to teach him the finer details in mooring operations on the forward mooring deck.

Weather for Charlottetown, Partly Sunny, partly cloudy, 17oC / 62 oF. and a gentle breeze.