No more days to go, today was day zero and we sailed today. During the night the shipyard had cleared away all the impediments along the dock and we were just moored on our own mooring ropes and one gangway ashore. Before we could go there was still the minor detail of the Contract Signing. Same as when you buy a car, they like you to sign the contract before you drive off the Forecourt. So before we drove the ship out of the yard, something had to be signed as well. Hence there was a small ceremony in the Fincantieri yard office, we got the ship and they got the money. 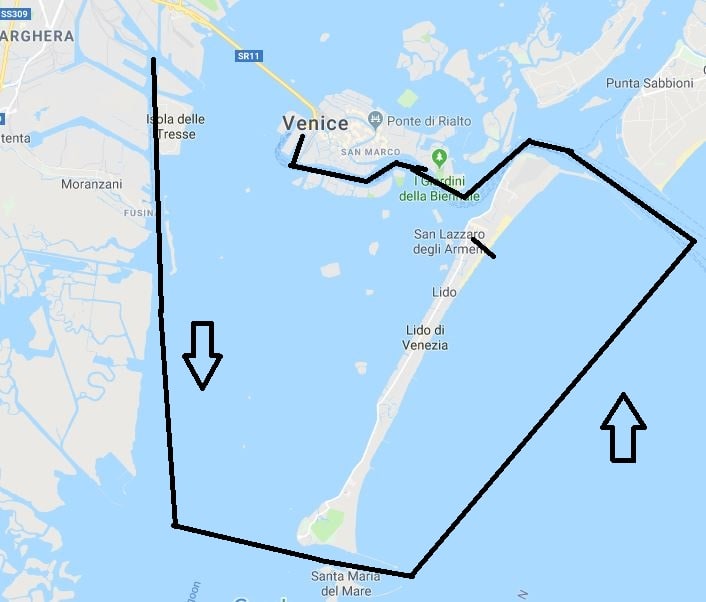 It is a bit of going “around the houses” when sailing from M. to V. but the lack of deep water channels through the mud flats leave no other option.

Then by 11.30am we pulled out and sailed through the narrow channel to open sea. We had “time to say goodbye” playing on the P.A System, a tradition with Holland America that goes back to whenever the song was a hit for the first time, and we had to go slow as there was not much water under the keel hence it took 1 hrs. and 45 minutes to get to open water. 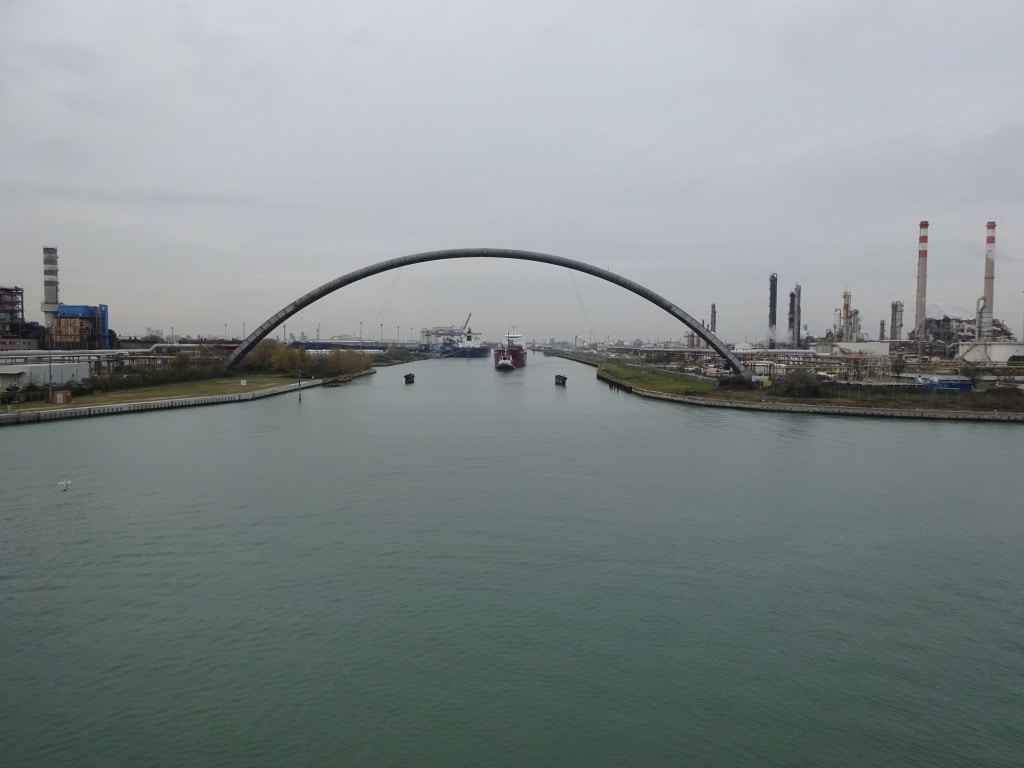 Sailing from the shipyard is only scenic if you like the architecture of Industry. The pilot told me in 2016 that they put here the pipes as a bridge over a channel as it worked better than through the mud. There  was a small chemical tanker waiting in the fairway for us to go by and then follow us out.

Then it was with 16 knots to the north to the main entrance to Venice and we re-entered again at 15.14 hrs. We cannot take a short cut here, even with all the water as it is simply too shallow. The aim of the whole operation with departure and arrival time from Marghera to Venice is, to get alongside the dock before dark, so that we have a good view while sailing and docking for the first time. 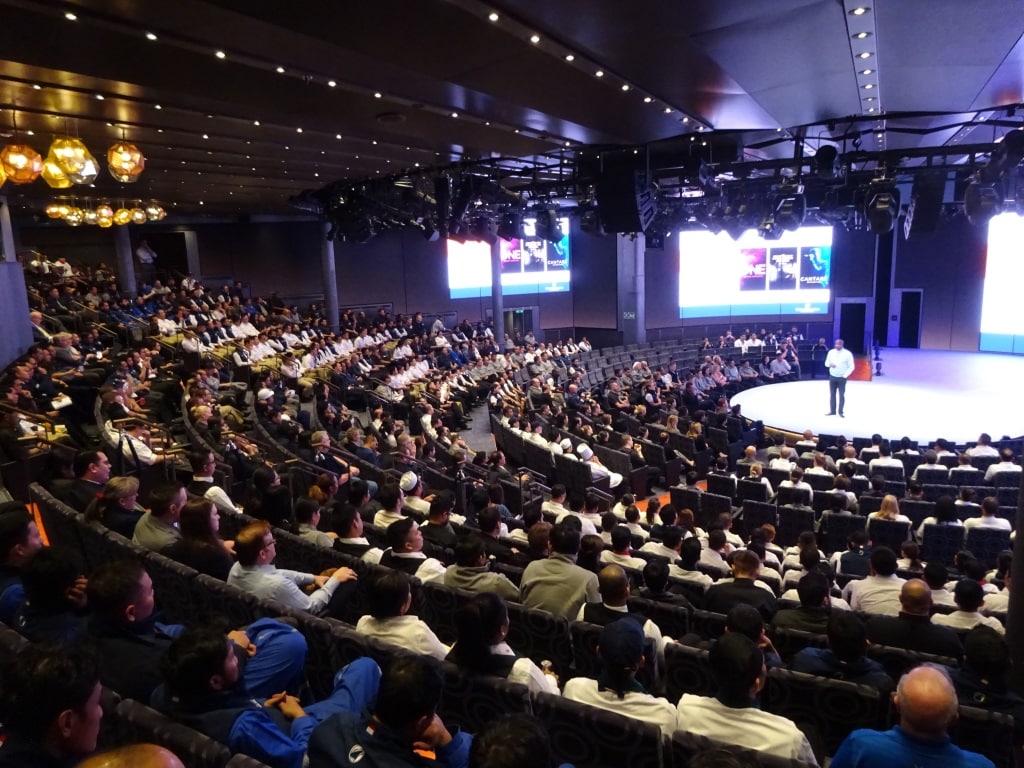 In the meantime, inside the ship all sorts of things were happening as well. Our President Mr. Orlando Ashford held a Town Hall meeting with all the crew in the Main Stage. He has been doing this ever since he came to Holland America (Tomorrow he will be 4 years with the company to date) and he presented a multimedia show to give all the crew an impression what has happened to Holland America in the last four years. Most of our crew do not see the Press Releases or come above decks much to see all the changes to the product that we are delivering.  A number of things that were introduced on the Koningsdam have proven so popular that they are now being retrofitted to the rest of the fleet. Profits are up, Crew pay is up, Crew contract length is down, it was a positive message he could bring. The crew really appreciates these sorts of meetings, as it reduces the distance between those in management and those on the ships, and ties shore side and ship side closer together. 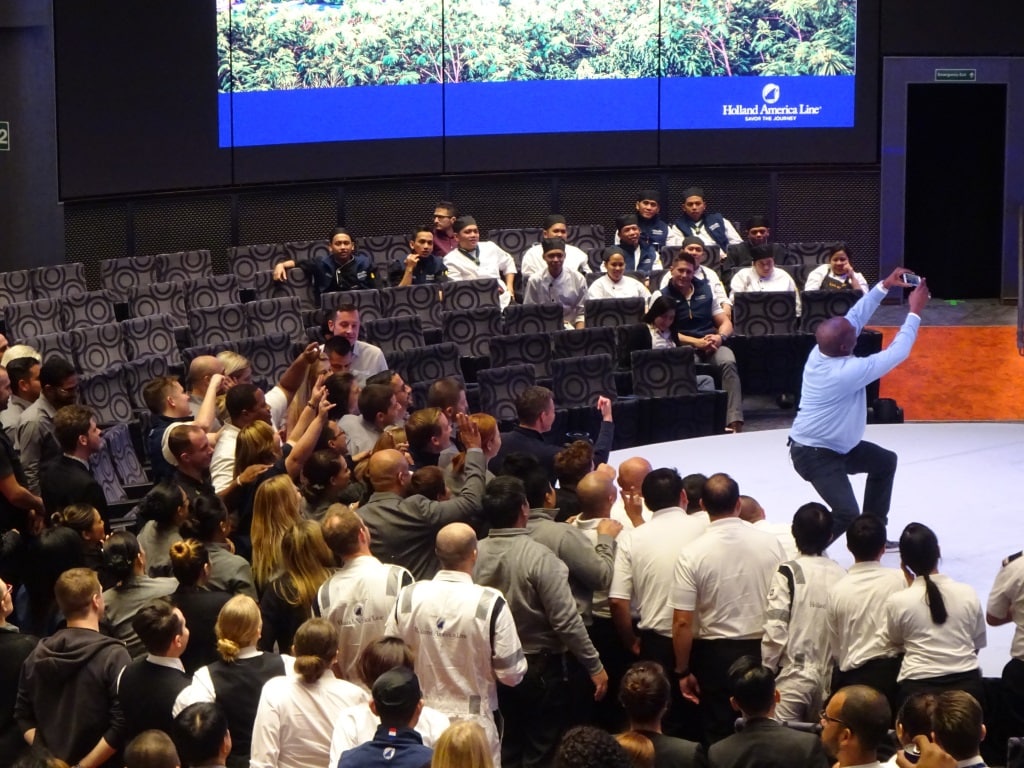 A try to make to take the biggest selfie ever on the high seas. Unfortunately the Main stage is round and that does not make it easy for a good selfie.

On the Music Walk the entertainers were playing. Lincoln Art Centre gave their first official performance in the Queens Lounge, which is in the afternoon and early evening the performance location for the Classical Team and then later on it becomes the BB King Jazz Club. In the morning we have America’s Test kitchen there so it will be busy all day. Also the Rolling Stone Rock Lounge Venue was rolling and the band was in full swing with Rock and Roll, at least I assume it was.  I am from the 70’s / 80’s disco era and Rock and Roll has somehow passed me by. 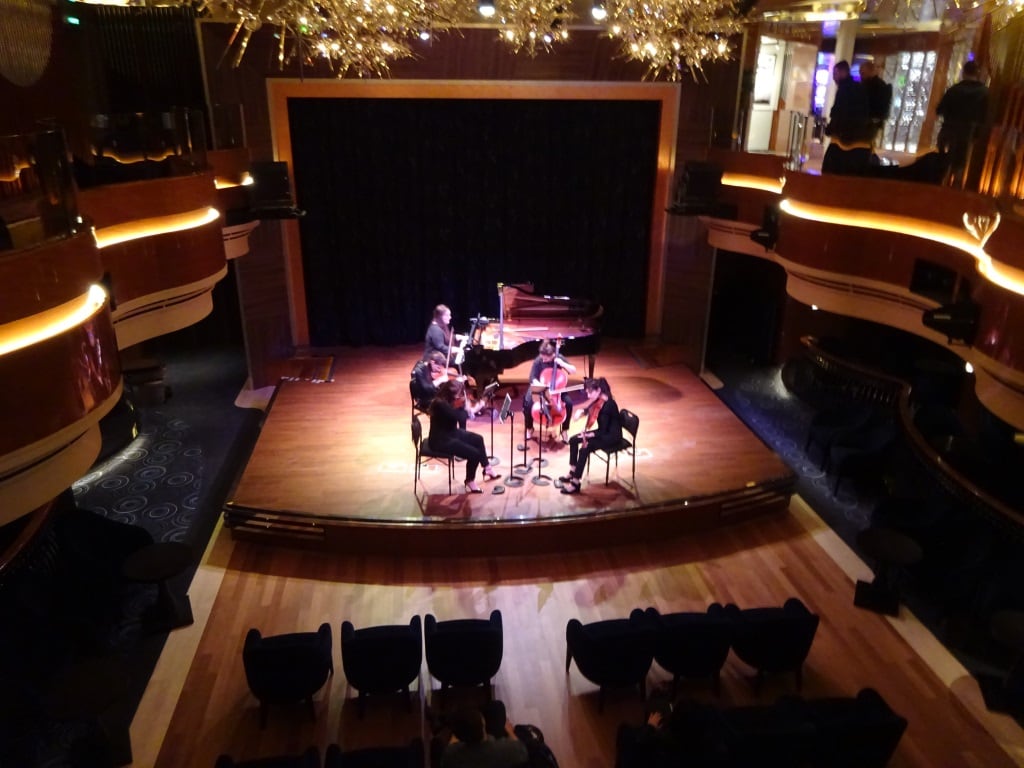 The First Ever official performance of the Lincoln Art Center group on the ship.

We docked at 17.00 hrs. and because we were early we swung around and went stern in. This will make it easier to leave tomorrow as we can save some time by not having to swing off the cruise terminal. This evening we will start the embarkation of the first guests who are going to sail with us, although I have been given to understand that the majority will join tomorrow morning. And then the four day shakedown cruise will start and we can test if everything works as it should be and by the way it is going at the moment I do not think that it is going to be a problem. 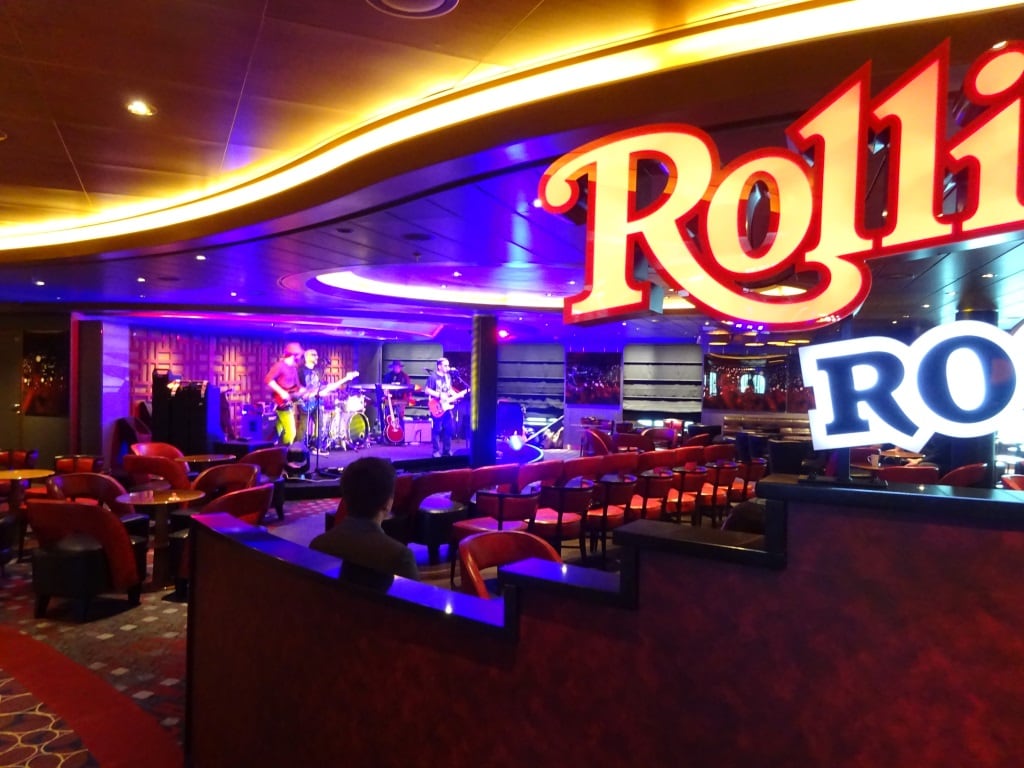 Another “official” first. the Rock band in the Rolling Stone Rock room.

I had a question on the blog about the tonnage of the ship. The Nieuw Statendam is now officially measured at 99,902 register tons (read volume tons) & a length of 985 ft. and that means that she falls just until the 100,000 tons limit of ships allowed to sail into Venice. That is one of the reasons that Holland America is not going for the big ships (100.000 tons and up to 3000 guests is nowadays a medium size ship) and otherwise we cannot offer the guests all the 480 ports our ships call at. 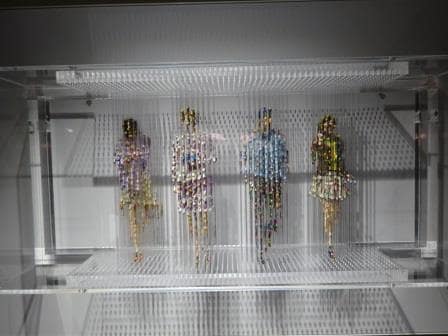 Four figures in a box. Far away you can see the figures and the dresses. 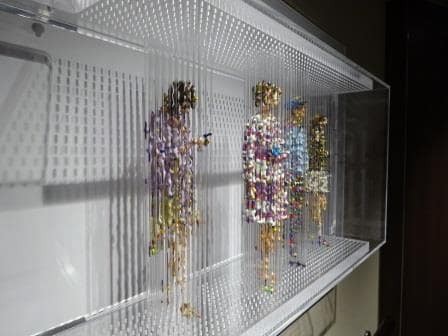 When closer you can see that it are blobs of paint on steel spikes.

Today the last piece of art was installed and I will post a picture of that tomorrow. Now two photos of something quite intricate, at least I think it must have taken the artist a long time to make it. A display box hanging in the staircase with figures made out of vertical pins and paint blobs.

Tomorrow is supposed to be a sunny day but chilly 9oC / 48oF.