Today we were visiting one of the most peculiar ports of our cruise. Our official call was for the Pisco area to give our guests the option to visit the Nazca lines. However neither Pisco nor its little neighboring town Paracas has a harbour and thus we docked at General San Martin or Puerto San Martin at the other side of Paracas bay. Due to long ocean swells rolling in, it is not possible to tender either into Pisco or Paracas. San Martin is the only option as it offers some shelter against this swell. We were calling on a good day. The expected wind did not come through but still the ship surged against the dock; occasionally sending a shudder through the ship when the ships rubbing stroke bumped into the dock. In dry – dock we had given the hull a new blue coating but at the end of the day nothing was left and the bare steel on the rubbing stroke fully exposed. And this was a good day……………..

Until recently I had never heard about General San Martin apart from the fact that the old Hamburg Amerika Linie used to have a passenger ship with that name in the 1903’s. However General San Martin was a famous person in the 18th. century who united and led the rebellion in the southern area of South America against the Spanish. So they named the region after him and as it has a port (which consists of one 500 meter long dock) the port is also named after him. 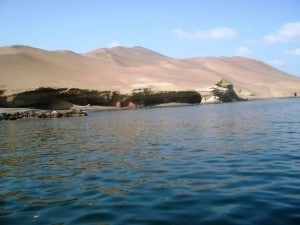 The view from the bridge just before arrival. the dock is to the left of the photo.

It is really located in the middle of nowhere and when we approached the dock in the morning, everybody on the bridge was surprised to see that there was absolutely nothing there. Still it is the only access to this area by cruise ship and that is why we were here today. I had arrived early as I did not know exactly what to expect but the dock was approached very easily it just took a long time to get all the lines brought out and tensioned in such a way that the ship bumped into the pier, riding on the surge, with the flat of the rubbing stroke and not under an angle what would have caused damage. This surge can be so bad that sometimes the ship has to leave the pier and go to the anchorage and continue with a tender service. This happened a few days ago to the Seven Seas Mariner, and they must have been an unhappy bunch as, according to he pilot, they broke five mooring lines. Then having to tender, to a little dock in the corner, where I saw upon inspection, that the surge was as bad over there as it was at the main dock. They cannot have been very happy. So we were very lucky today, with relatively calm weather and only a small swell running but still we bumped occasionally. 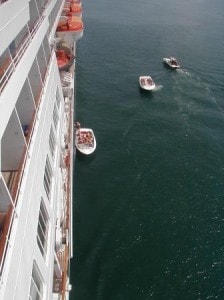 About the smallest sightseeing boats that I ever docked alongside the ship.

Thus the call at this port is about going to Pisco, Paracas and on local tours. One of those tours left and came back from the ship as they went to islands nearby to see wildlife. As it was safer to have the guests disembark from the ship than from this shore side tender dock, we had the speed boats come alongside the tender break and that worked very well. In the mean time our all knowing travel guide Frank Buckingham came up with the request if I could go sightseeing on departure and have a look at the Tres Candelabras. This is a very old 200 meter high “carving” in the mountain face located just around the corner. So I had a discussion with the pilot and if I was careful I could just do it. 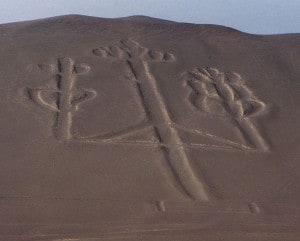 The area along the coast there is a Nature reserve and you are not allowed to go there. Also you are supposed to leave San Martin via a Traffic Separation Scheme that leads you to the North far away from this area. However just north of the scenic spot are anchorages for tankers. Well according to the pilot there was nothing against if I went “inspecting” these areas. When done I could then turn back to the regular VTS scheme. All legal and all within the official rules. So while Frank narrated the scenery for the guests, I “inspected” the anchorages and then swung back to the regular track that was compulsory to follow. The sun was just at the right angle and we all had a good view of this most mysterious creation.

Tomorrow we are at sea. The coast is now starting to fall away more to the East (we are now past the top left bulge of the South American continent) and that means that we are entering different time zones. Before we arrive in Arica, Chile, we will go two hours forward to get on the local time.

Although nothing to do with today or with the blog but I do carry a lot of photos with me out of my collection,. Thus for the sake of background information, two photos attached from the General San Martin of the Hamburg Amerika Linie(also called HAPAG). this ship was built in 1930 as the Thuringia and renamed in 1934 to General San Martin. In the 2nd world war it served as an accomodaton ship for the German forces. Not a very big passengership but the HAPAG had a regular service to South Ameria from Germany using several of this size vessels. 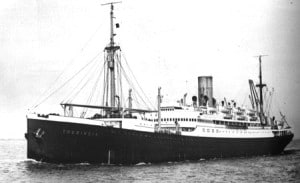 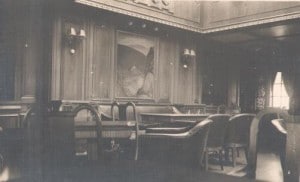