With three knots of current in the stern we were pushed up the Florida Strait towards the pilot station. With two cargo ships in the same approach, we lined up for the pilot who hopped on the ship at exactly 0600 hrs as planned. Fort Lauderdale has been a Holland America home port for a long long time and as a result we know all the senior pilots very well. Some of them since 10 or 15 years and even longer. That makes dealing with them very easy, they do the thing that they have to do and we do the thing that we have to do. The pilot brings the ship to the dock and the captain brings the ship alongside. So in good cooperation the Prinsendam was docked alongside by 0700 hrs. with the gangway in. Normally we say gangway out but here a shore gangway comes into the ship. In the same way as when an airplane arrives at the airport. This jet walk leads into the upper level of the terminal. Holland America’s standard terminal is pier 26, unless there are more ships in port, then we might get moved to somewhere else depending on the size of the other ships. Having a standard terminal makes life a lot easier as all the people involved, sea and shore side get used to the lay out and that makes things go much faster. Efficiency is important especially when there are more ships in port. Last Saturday there were 9 cruise ships in and they caused a total of 53,000 people movements. 26,000 coming off the ship and the same number going on. According to the pilot, the Oasis of the Seas was sailing with her first full house and that was over 6,200 guests for one ship alone.

We were the only cruise ship in port today and that made things a lot less hectic in the port and hopefully as well at the airport. By 0705 we started the off loading of the luggage and we had about double the amount that had come onboard when the cruise started. Apart from guest purchases during the cruise there were also the amenities to take home that HAL gives all the guests during a Grand Voyage. Luckily one of those gifts is a luggage bag on wheels and that came in very handy for most guests. So we saw over 400 brown bags, with the Grand Voyage logo on it, coming off the escalator and I sincerely hope that they all had been properly labeled as they all looked the same. Brown and stuffed to maximum capacity.

The guests left the ship over the jet walk gangway and I took the opportunity to be there together with Thom the cruise director to say goodbye to everybody. If you sail together for 70 days, you do know everybody at least by face, often by name and you will have spoken to most guests at least once or twice. Thus it was nice to say goodbye and to know that most guests will return to the Prinsendam sometime in the near future. A lot of them have booked the Mediterranean and Black Sea voyage for next year March as the alternative to this years Antarctica experience. Over 20 stayed on for the coming cruise and by the time they are finished they will have travelled over 130 days with the ship.

I am also saying goodbye. I will be leaving the Prinsendam on the 27 March 2010 in Gustavia. Normally the change over date would have been today but we have the Senior Management Conference going on and for the staff officers that are vital for the ships operation it means that it has to be done in two groups. So my relief Capt. Halle Gundersen is attending the first meeting and will then fly to Gustavia to relieve me and to continue the cruise. I will then fly to San Diego for my conference attendance and then go home for my leave. If all goes well, I will be back on the Prinsendam on June 7th. for sightseeing in Europe.

I would like to say thank you to all my readers, some of who have followed my trials and tribulations from day one, now over 600 blogs ago, and I hope you found it interesting. I find it fun to do and this cruise I spent some more time on the daily blog than the normal 30 minutes during breakfast. However this was a Grand Voyage and that warrants some extra time and effort. 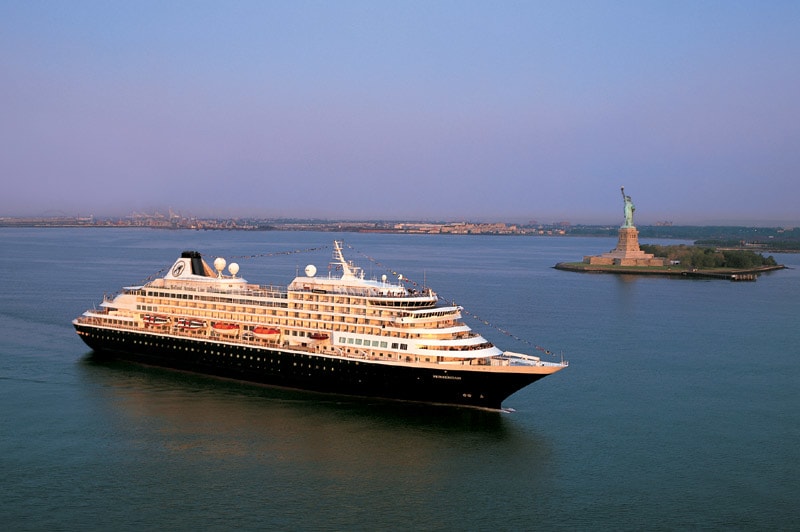