The weather that was supposed to change for the better really did not. It remained overcast with dark clouds gathering at times but it remained dry. Which was fortunate for all the guests we had on board, and on the other ships.  Four ships in port, two HAL, two Princess, meant a full house and the weather was not much of an issue to upset a good day in port. The clouds stayed fairly high making it possible to have all the flight adventures take place as well. By Alaskan standards it was a good day, with regular Alaskan Weather. I was happy as well, as the wind stayed between a Gentle and a Moderate Breeze keeping the chop of the water down to small waves, so we could do our training classes.

For the rest it was a bit of a sad day, at least for all the Dutch on board. The Kingdom of the Netherlands is in official mourning, due to the airplane disaster in Ukraine where this Malaysian Airplane was downed, killing all on board. A large number of them were Dutch Nationals or people who lived in the Netherlands so it was a heavy blow to the country.

The Dutch are very peace loving in general and generally  go by the rule of live and let live, and this un expected and unnecessary act of violence shocked the Nation to its core.  Now the coffins are coming home, the country is marking that awful fact by stepping back in contemplation. TV programs have been adapted and a hush lies over the land, where the high summer with tropical temperatures normally assures much happiness.

As a cruise ship company, there is not much that you can do, but what was possible we did. All day long, on all Holland America Line ships, the National flags went Half Mast.  The Jack at the bow was not flown at all and the large Nation Flag at the stern was lowered as much as possible.  A small token from us to all of those innocent travelers who were killed in a random act of violence. 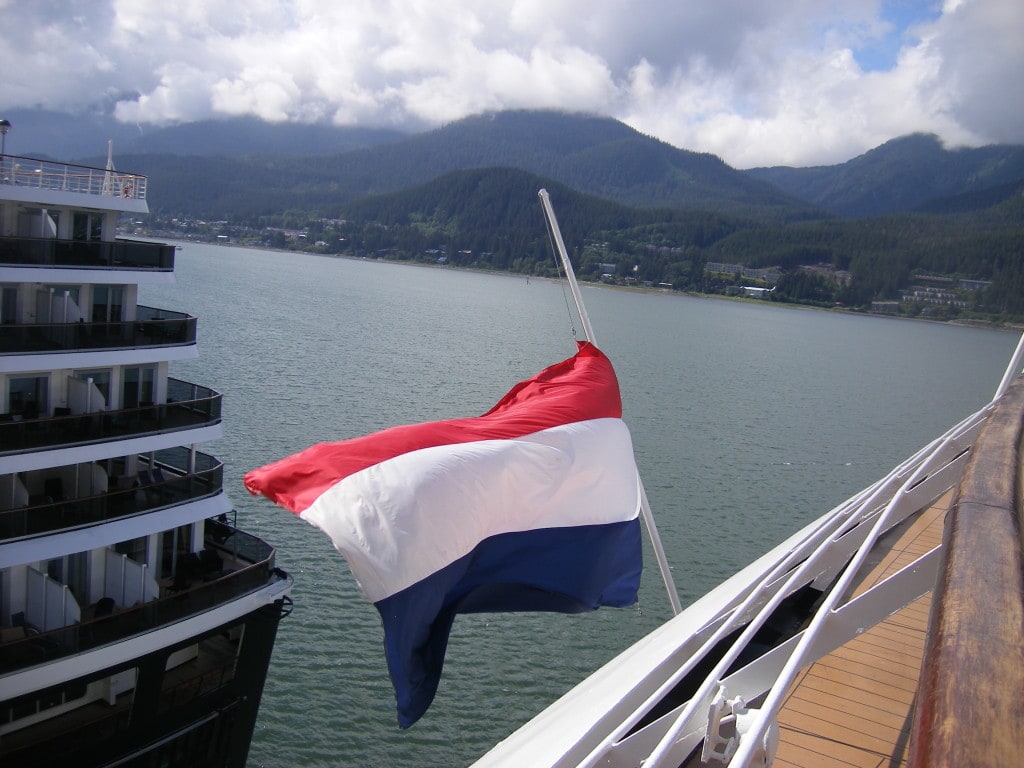 The flag of the ms Amsterdam at half mast

MAY THEY REST IN PEACE. 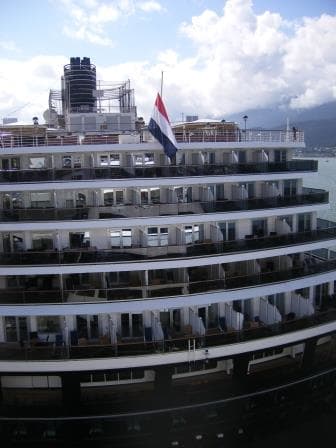 The flag of the ms Oosterdam at half mast

Leave a Reply to C in Ballard Cancel reply