Zuiderdam Resumes Service from Port of San Diego; Second Ship from California and Sixth Back to Cruising

Zuiderdam’s crew celebrated the return in holiday spirit with sleighbells ringing and Santa and his elves on hand to open embarkation and welcome guests back on on board. Zuiderdam joins Koningsdam, which resumed service in San Diego Oct. 10. Holland America Line now has six ships cruising again in the Caribbean, Mexico and along the Pacific Coast of the United States. 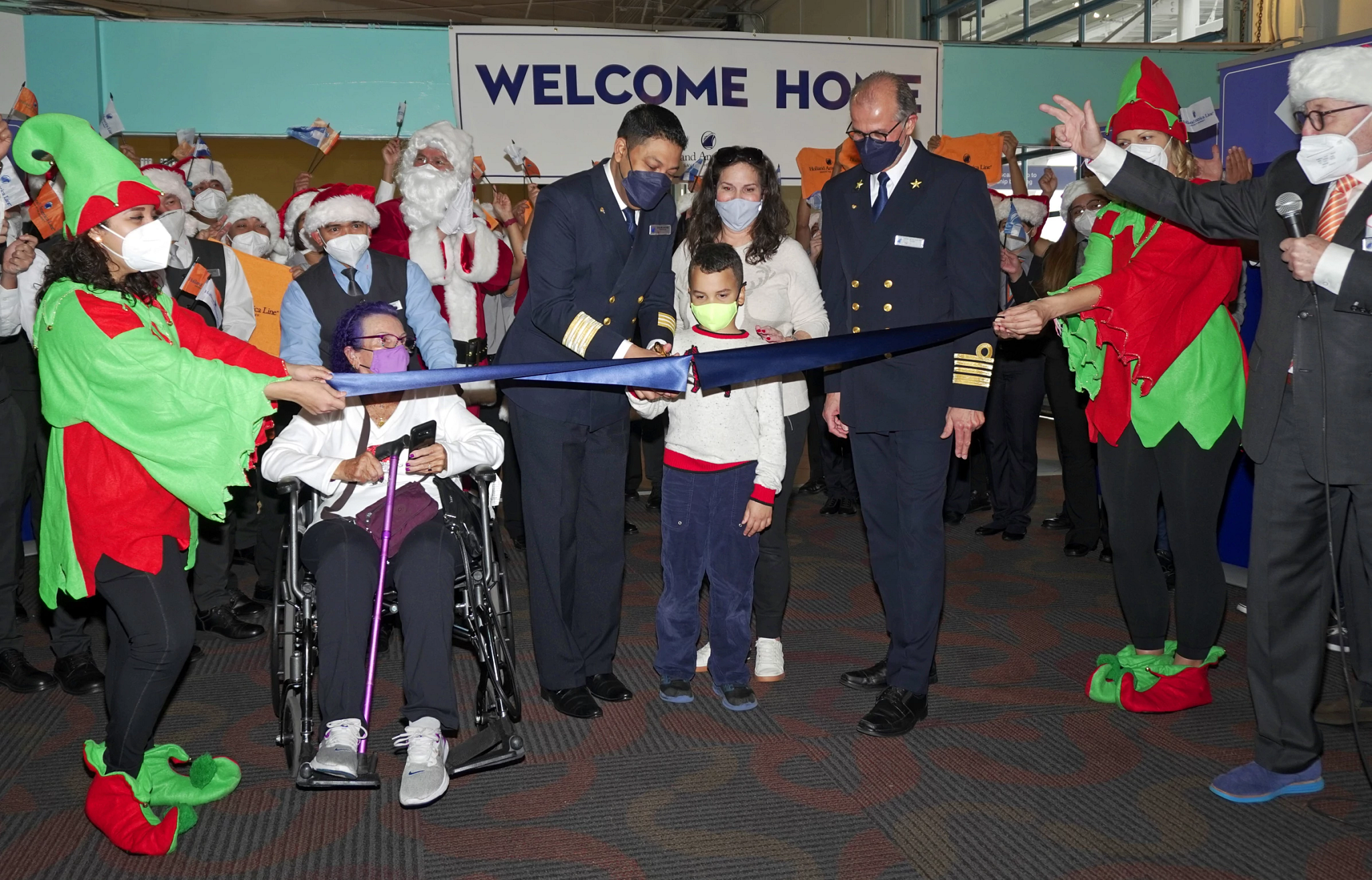 Zuiderdam Hotel General Manager Colin Jacob (left with scissors) helps 7-year-old Levi Stengel cut the ribbon to welcome the first guests aboard Zuiderdam, as the ship resumes cruising after a several-month pause. Catherine Stengel, Levi’s mother, stands behind him, and Captain Frank van der Hoeven is to the right of Levi.

“San Diego is an important homeport for us, and we are excited to have two ships back in full-time operation here with the restart of Zuiderdam today,” said Gus Antorcha, president of Holland America Line. “We are proud to be part of the San Diego community, which has continued to show us tremendous support throughout our restart. There’s no better way to kick off Zuiderdam’s season than with a holiday cruise full of joyful guests and our grateful crew who are happy to have them back on board.”

Zuiderdam’s first cruise is a 10-day “Mexico and Sea of Cortez” that will be followed by Panama Canal departures and a grand 35-day South Pacific sojourn and Pacific cruise. Koningsdam sails a series of seven-day cruises to the California Coast or Mexico and two longer Hawaii voyages that run through April 3, 2022. Eurodam and Nieuw Amsterdam each make one call at San Diego in spring 2022.

Earlier in the week on Dec. 19, while remaining alongside at San Diego’s B-Street Cruise Terminal, Zuiderdam took part in the San Diego Bay Parade of Lights with an illuminated “Ho Ho Ho” on the ship’s side to show community support.

Holland America Line has been homeporting from the Port of San Diego since the 1990s. For the upcoming 2021-22 season, the cruise line will bring more than 81,000 guests to the city, which will result in more than $35 million in direct spending. 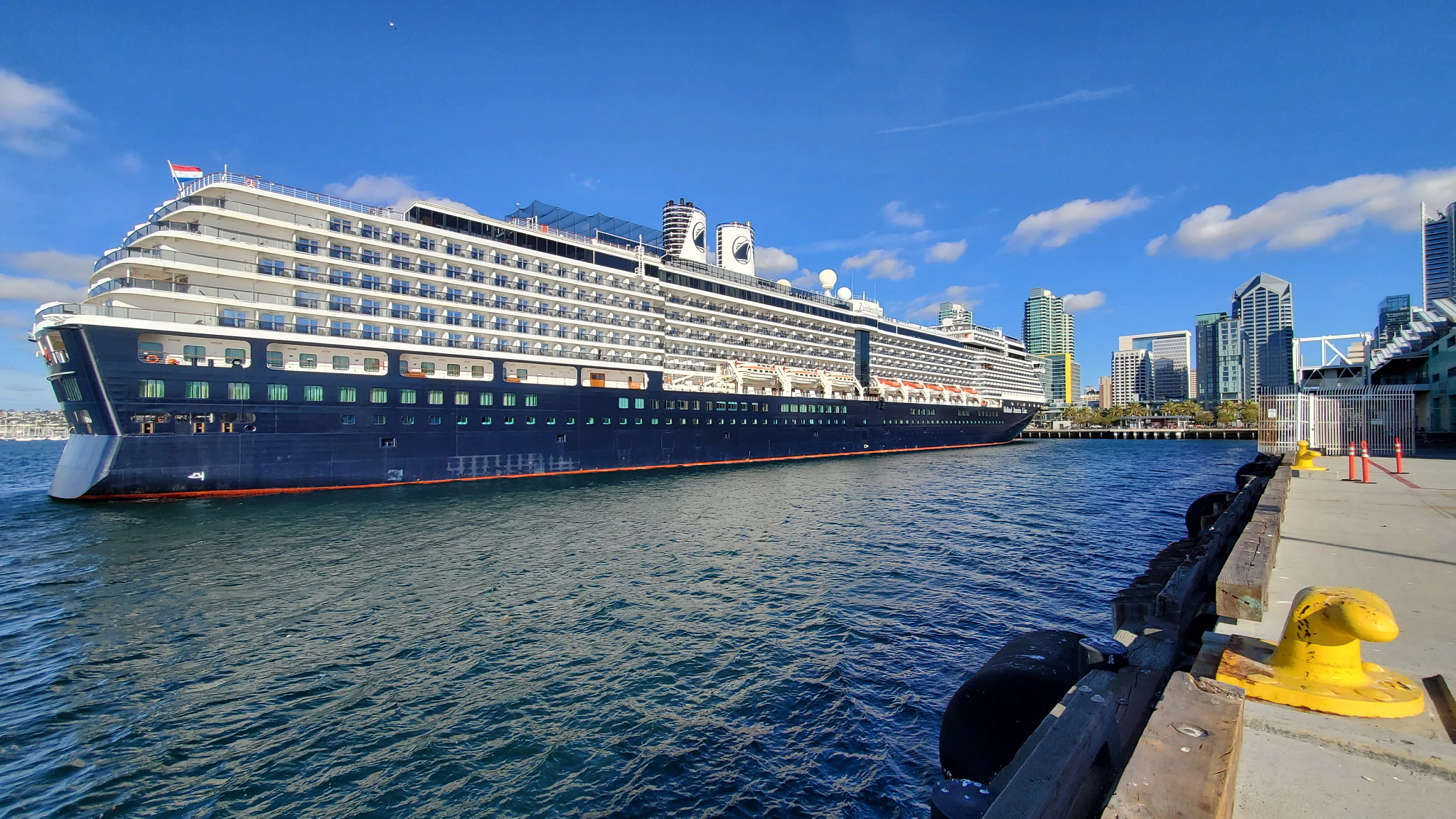