The weather today is according to the weather forecast and thus everybody is happy. Very little wind to bother the ships arrival and nice and sunny during the day. At the terminal the temperature was even a few degrees lower than listed and that made for pleasant travel for the guests. Larger numbers always have to wait for the buses / coaches and it is never fun to sit in the roasting sun. Luckily Pier 26, the normal Holland America pier, is quite shaded on the East side. By the time disembarkation is in full swing the sun is still behind the terminal building and does not appear around the corner until well after 11 am. when disembarkation is over. For those coming the other way it is less of an issue and they can go directly into the cool terminal.

The ms Zuiderdam arrived a bit earlier than normal. If we are assigned at berth 21 or at 26 with nobody at 25/24 then the ship normally has the pilot at 06.15 hrs. Then it is docked by 06.45 and ready for business at 07.00hrs. Today the Celebrity Equinox was scheduled for berth 24/25 and thus the Zuiderdam was requested to arrive earlier. It saves sailing past the Equinox if she had come in first. There is enough room to do so but why make things difficult if there is an easy option. Captains like easy options as they are normally safer than difficult options; and so our pilot time brought forward to 05.30 hrs. And we arrived accordingly.

Today was also the changeover between Captain Bart Vaartjes and Captain Wouter van Hoogdalem.  I was asked once in the past if this was a highly complicated and top secret evolution with the doors closed and reams of papers to be signed. None of that at all. The (electronic) paper work is limited to an entry in the ship log denoting that the handover has taken place and that is about it. The only other thing is a handover report in a checklist format. (There would be something wrong if we did not have one) The checklist is a standard form which all captains use, to ensure all pertinent issues are discussed. Then there is normally an attachment with “other items” and those normally have more focus than the regular list as “other” also means out of the usual. And I almost forgot there are about 10 pass words or so to hand over which lock all sorts of electronic devices, to avoid any electrons from escaping. 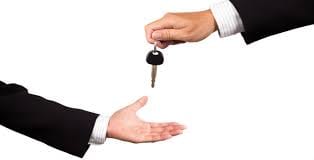 And no we do not hand over keys anymore either. Even bridge access is by key code.

When two captains are rotating with each other, then a hand over is specified as having to last 4 hours. When nothing untoward has happened or is in the offing then 4 hours is more than sufficient with time to spare for gossip and multiple cups of coffee. If a regular rotation is not the case than we have other regulations. New function, New (class) ship. 14 days. So if a staff captain has been promoted and goes to another class ship that he (*) has been sailing on, then there will be handover of 14 days. If it is a new function, same class, or same function, different class, then there is a one week hand over period. This is also the case for other ranks.

The Zuiderdam is now going on a 10 day cruise, down to the South Caribbean and the Panama Canal. The only difference from the past 11 day cruise is that we will not call at Cartagena but go directly from Willemstad to Panama.

Thus our next call will be Half Moon Cay tomorrow as scheduled and we should make it as the weather is favorable.  A new cold front is already forming, which draws the wind towards the north but at 15 knots it should not be a problem. Temperatures at noon time 75oC or 24oC. with a sunny day, just pleasant for a day at the beach.

(*) sorry to say but we still do not have a female captain. We were all keeping our fingers crossed as we had a female staff captain who was gaining sufficient seniority to approach promotion but she recently decided to go into pilotage in England.  Bummer; now we have to wait a number of years again as the next female officers are all 2nd officers so they have some time to go.