In accordance with the scheduling of the Panama Canal Authority we arrived early at the Sea buoy to take up our place in the convoy and go through the canal. We were ready for the Canal at 05.00 hrs……….., it was just that the Canal was not ready for us. Overnight fog had developed on the Pacific Side which caused a delay in the start of the Pacific Side convoy. The Canal routine has always been that the Pacific side goes through first. The Atlantic side can wait as they are in the wider part of the Canal. Until Gamboa, half way, the canal is wide enough to have ships pass each other, then coming close to the Continental Divide, it becomes one way traffic. At least until now. In the future they want to make the whole Canal two – way but that is still dreams for the future.  So we had to wait and drift. It was more than an hour later before we slowly were allowed to creep in. 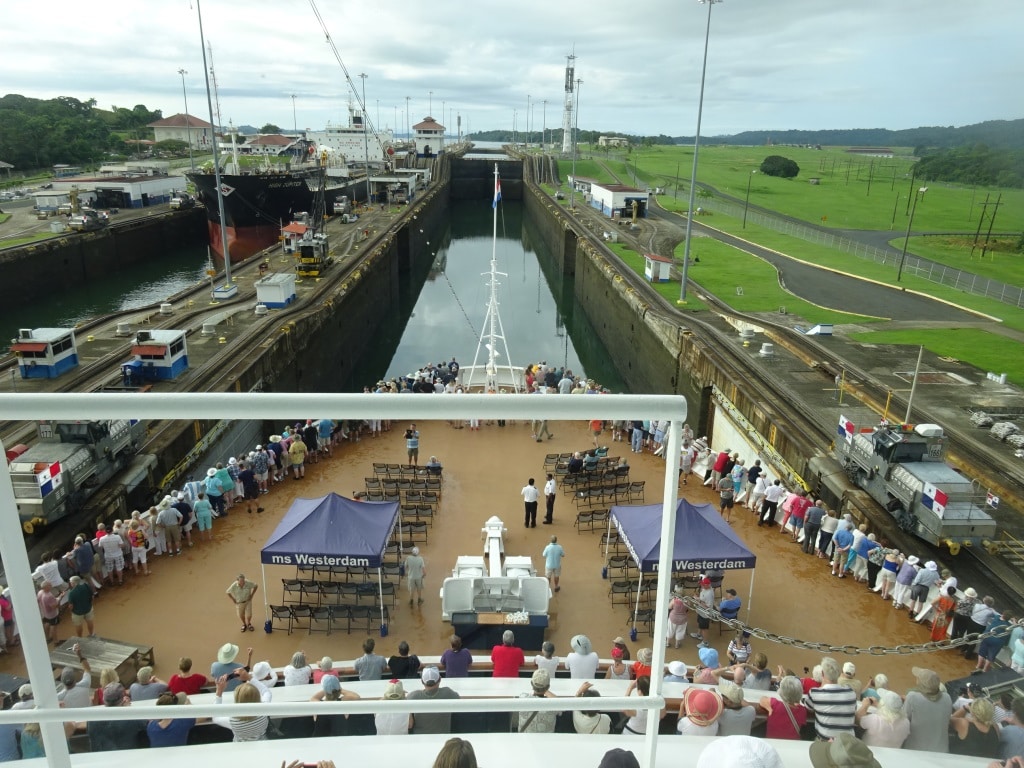 Approaching the Gatun Locks. They have been adding to the locks again and now there is a large Cell Phone tower on the East side, right above the white light house tower / leading light.

At least it was overcast so the guests were not waiting under a scorching sun while we were drifting. But there is nothing you can do about fog or the scheduling of the canal, so we just had to wait and take it slowly. Once out of the first locks, we had to drift again as the Pacific Convoy cannot go faster than the slowest ship. Most of the slow movement is not due to the speed of a ship, most ships can do 10 to 13 knots, but due to the time it takes to get a very wide and deep ship through the locks. Transit speed of a lock depends on how fast the water can flow around the hull of a ship when it goes into the locks or out again. 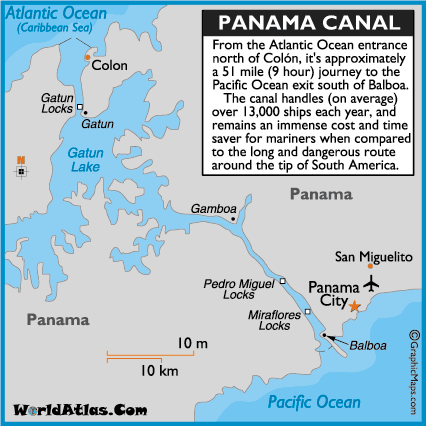 Gamboa is approx. in the middle of the Canal. There where the lake ends and the actual canal begins. (Courtesy Worldatlas.com)

And thus the Atlantic convoy has to wait until the last ship of that slow moving convoy is past Gamboa and then the two convoys can pass each other and the Atlantic convoy can move into the narrow part. Now there could be a plan B if it was allowed and that would be to divert part of the convoy into the new locks. But that would cost a lot of extra water and the Canal authority tries to preserve as much as possible. Rain fall has not been too good in the past year and while there is enough water, there is no abundance of it and so we wait.  A few days ago the first cruise ship of our HAL Group went through the new locks. (The first cruise ship ever was the Disney Wonder, but she was not a Post Panamax; she just paid a lot more for the privilege) The Caribbean Princess from our sister Company Princess Cruises is a Post Panamax Ship which means it does not fit in the old locks.  And thus on 09 November the Caribbean Princess went through. The new locks have no mules (the little locomotives) to keep the ship in position and they use a tugboat forward and aft, although a cruise ship really does not need that.  But the Canal has always relied on its own people and its own equipment to get the ships through and they are not going to change now.

The Caribbean Princess in the new locks. Note the water reservoirs behind the ship.

In the end we passed Gamboa one hour and 45 minutes later than expected and that put our Pacific side Sea buoy time well past 17.00 hrs. Nothing of a problem for the guests but for the crew involved in the transit it was going to be a long day. And a wet day. By the time we were past Gamboa dark clouds started to gather over the Continental Divide and while sailing towards it, the rain slowly increased from a little drip first to a torrential downpour not much later.  Enough to keep the Canal well supplied for another day. It looked that a lot of guests had planned for this possibility as suddenly I saw rain coats and poncho’s appearing everywhere.  Nobody was going deprive themselves from seeing the second and third set of locks. 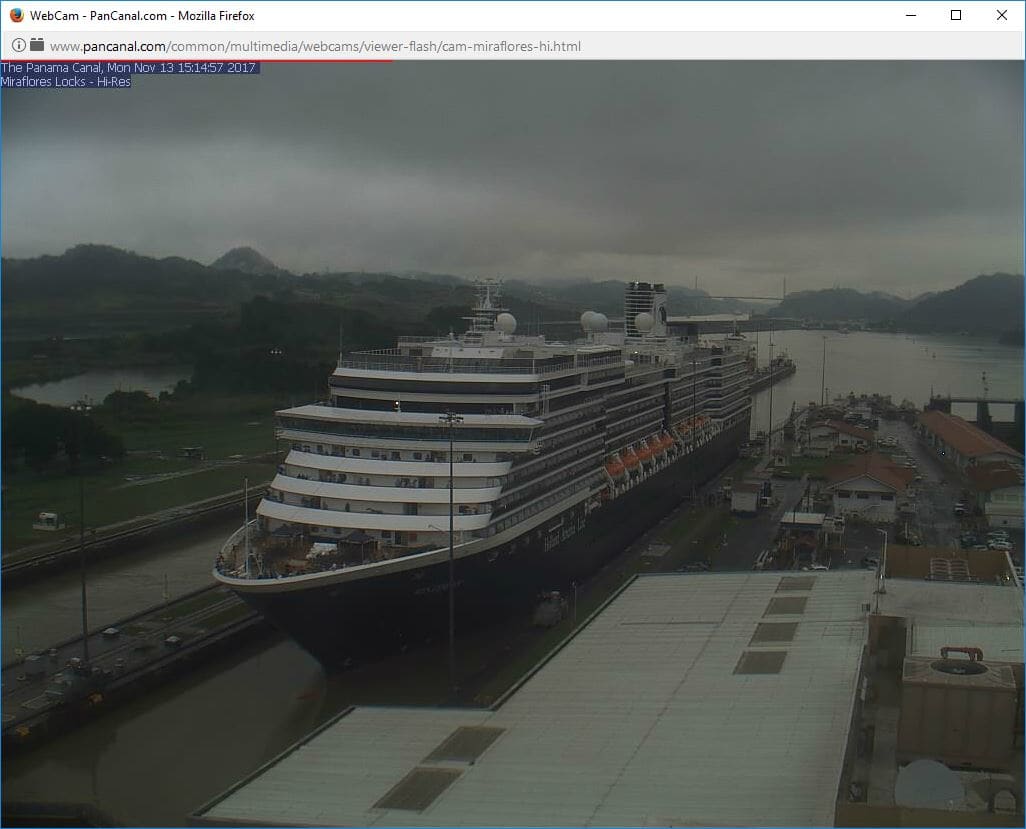 The Westerdam entering the last sets of locks. (Photo courtesy: Lesley Schoonderbeek, taken from the Panama Canal Webcam on the Miraflores Locks)

We were at the sea buoy well after 17.00 hrs. But before sunset so the guests could see everything in good daylight. From the sea buoy the ship had to sail slow for 24 miles until it is well out of the busy shipping zone. Tomorrow will be a day at sea and we will spend a day at our next port Punta Arenas.  For those who are tired, the ship has arranged for the clock to go one hour back. 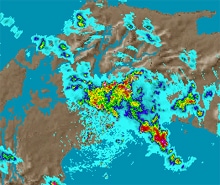 And this is what caused the rain in the afternoon.