Today it was a Holland America day here with only us and the Koningsdam in port. She docked at Pier 26 which is the Holland America Terminal and which is considerably larger then terminal 19 or 20. It would even be a tight fit for the Koningsdam to be alongside pier 19. But the handy size of the Veendam fits nearly everywhere and thus we went back to terminal 19 where we were last cruise as well. Easy for the guests who only sailed with us for one week, as most of them had parked in the garage just across the road. So none of the confusion we sometimes have when due to the planning of the harbormaster and the congestion of the port a ship ends up at a completely differrent place. That does not happen that often on 7 day cruises, but it does happen on 9, 10, 11 and 12 day cruises were every so often you hit the weekend cycle of the other ships and they then go to their regular berth. I have had it in the past that one week, we were  at berth 19 and 11 days later we were at berth 4, which is at the other side of the Harbor basin. A logistical headache for the shore team was the result. Of course it always works out, but if one can avoid it………………

While it was for the guests coming and going not so hectic it was still a busy day for the ship. First for Guest Services who apart from the regular disembarkation and embarkation pressure had also this time to cope with a very large group of in Intransit guests back to backers or also called CVG or Collector Voyager Guests. I am every week part of that group as I have to show my face at Immigration so they all know that I am still legally covered by my visa. There were over a 150 guests in the show lounge waiting for the magic moment that they were going to be marched from the ship to pass the watchful eyes of the CBP officials and then to go back on board again once the magic moment of the “zero count” was reached. (Zero count means that the ship is completely empty from guests) The CBP officers normally try to make this go as smooth as possible and they even come out to reduce the walking distance for those less ambulant and today it took less than 15 minutes from the moment we marched towards the terminal. As usual there was an amount of grumbling but rules are rules and only politicians can change those. 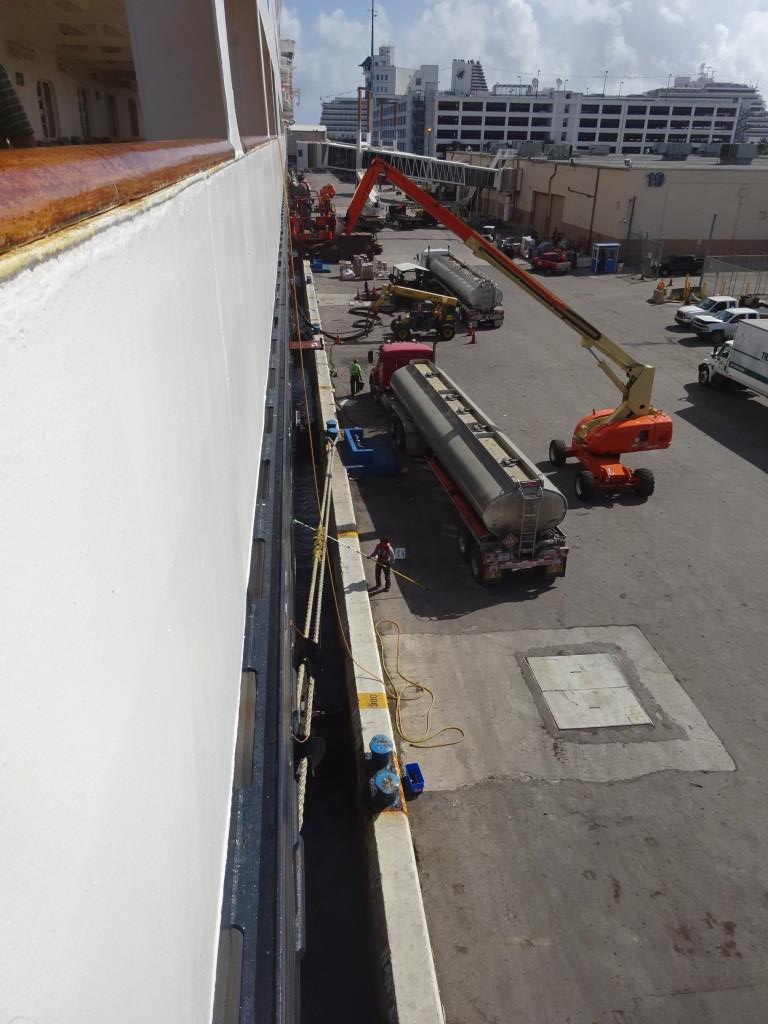 Today we also got our tender back. The Veendam is in the process of an overhaul of the tenders and the davits arms, while the tenders are away.  Normally we do that in dry dock but with tenders that has proven a bit of a challenge.  I remember from a dry dock in the past, in Freeport (where Carnival Corp. partly owns the dry-dock company there) that we tried to do a good tender overhaul and the blowing sand made things not easy. So the solution was to rig a marquee to protect the paint work going on from the sand. Then came a windy night and the marquee took off to a destination unknown, never to be seen again. So this is much better. The tender goes ashore with a truck into a large shed, gets completely overhauled during the cruise that the ship is away and then is hoisted back on board. Even if they would build a dedicated shed at the dry dock, you still get sand there, as in Freeport there is sand everywhere. 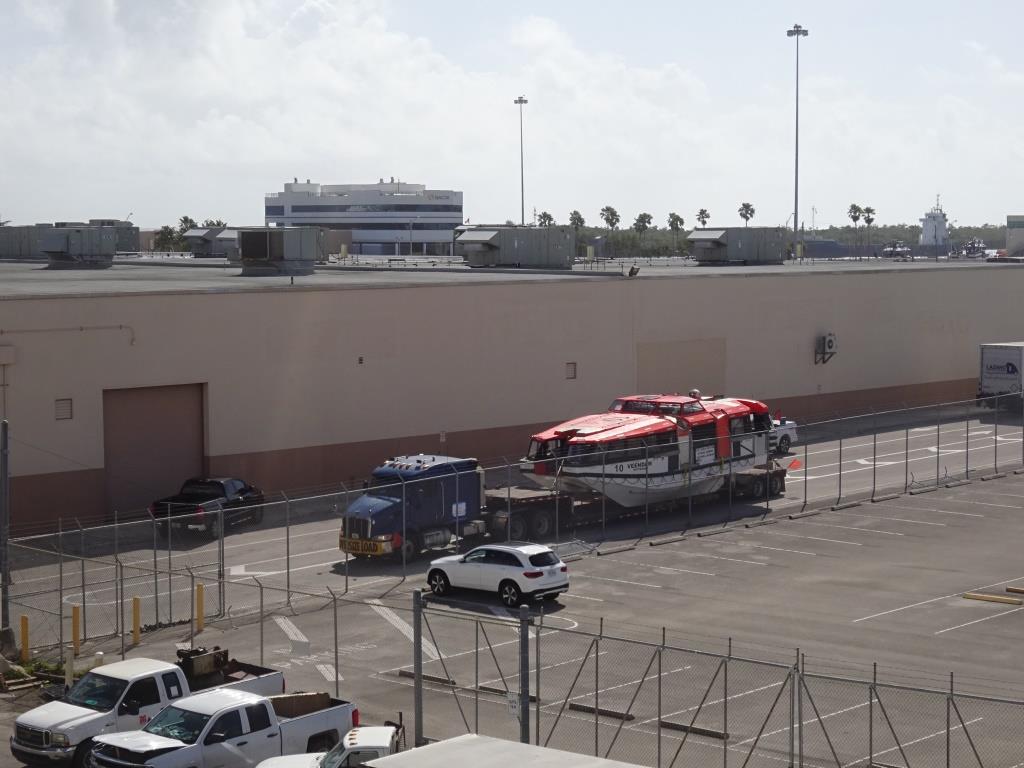 Our tender coming back, looking nice and shiny again. Most guests do not realize how they really are when hanging in the davits. but here it is easy to see

Tenders are lifeboats, so does it affects the safety of the ship: NO.  The Veendam, as every Holland America Line ship has so much surplus seating capacity that the guests assigned to that boat can easily be re-accommodated. We plan for that, but let the guests still assemble at the boat station where now the boat is missing. In the unlikely event of an emergency, an officer would escort the guests to their new assigned lifeboat. Is that legal ? Yes completely. The law requires that everybody on board has a seat in a lifesaving appliance. It does not stipulate which appliance that should be. That is something we do ourselves to make the flow to the lifeboats easier. Do we still know who is in the lifeboat if guests are re-assigned ?  Yes, because when a guest would enter a lifeboat he/she will get scanned again (or checked off by paper list) so at all times, we would know who is where.

This evening we sail for Key West at the southern point of Florida and we should be docked there by 0800 tomorrow morning. Weather should be good, sunny with temperatures around 27oC /81 oF. For me it will be a busy day, as I will be conducting tender driver refresher exams for the sailors so there is a certain amount of excitement going on in the bo’sun store at the moment