The weather forecast that promised us nice weather yesterday, is what we got today, and thus it was a good day. We were the only ship in and thus it was an even better day. There was just a gentle breeze blowing as we are sandwiched again in between various weather systems laying off the East and West Caribbean systems that will not bother us but helped with keeping the Trade Winds down to something very nice and gentle. 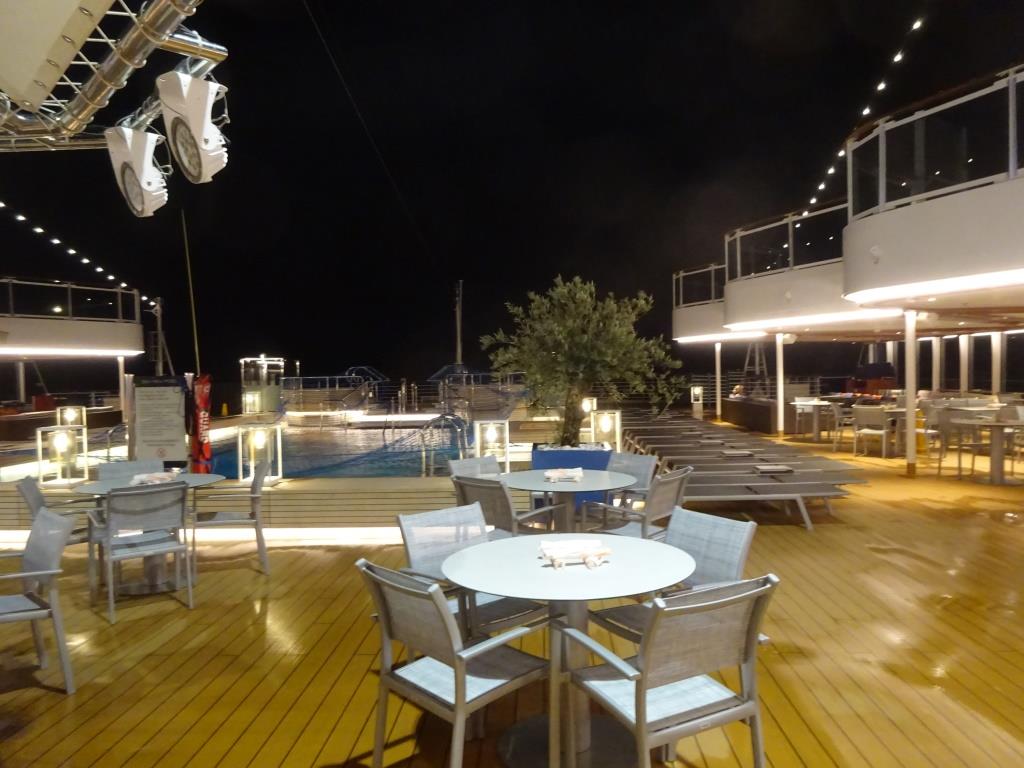 SeaView Deck (outdoor aft pool area). The covered pool is called the Lido Deck Pool. The deck is still wet, not from the rain but from the  ever lasting battle between the sailors and the sea salt.

I am always amazed about what our guests are getting up to. This morning I was up very early, 05.00 as I did a structural inspection of deck 9 and this deck I can only do when there is nobody there. From 06.30 hrs. until about 01.00 hrs. next morning, the Lido deck is full of guests either in the Green House Spa or in the Lido pool or in the Lido. So at 05.00 I expect everybody to still be happily ensconced in their cabins debating whether they will get up for the beach or sleep in. But even at 05.00 I already counted about 15 guests outside on the SeaView deck and that while the Lido Restaurant was not opening until 06.30. As the Sea air is an excellent cure against insomnia, I do not expect that that was the reason for them being about. Maybe there is some secret society that meets here. Something in the style of “Friends of Bill W” but then called the S.E.M.R. (Society of Early Morning Risers), you will have to bring your own bottle (BYOB) though as the SeaView bar is not yet open at that time.

In between looking at ceilings and at Fire doors in various qualities, I held a little training for the deck officers. More a Refresher as they are all familiar with the subject.  Search and Rescue normally called SAR. This is part of the SOLAS safety requirements and became law in 1966. It means that since that time there is a legal frame work which ensures that if there is a Search needed at Sea for a missing ship, yacht, persons or anything else that can sink, that then everybody involved sings from the same song sheet. Officially it is called IMSAR (International Aeronautical and Maritime Search and Rescue) The reason for the requirement was that everybody realized that Air, Sea and Shore (Shore side for coordination) had totally different ways of doing things and did not even speak the same (technical) language, and that in the case of a combined effort everybody did their own thing and was not willing or not able (= did not understand the others approach) to communicate with other stake holders.

Through the years this whole effort has expanded and got fine-tuned and about every three years a new manual comes out. Full of updates and new points of view based on experiences made during yet another SAR operation.  This manual is split up in three parts, one for the Organizational side, one for the Air side and one for the Water side. Because constantly new insights are added, we have to do refreshers to stay abreast. So that is what we did this morning.

In real life it works quite easy. If there is something the matter, then normally a local Coastguard station takes the lead in the SAR operation and coordinates all the actions and sources that are activated. So if we are at sea, we might get a call from a Coastguard station to get involved, or to be on standby. Our medical department, cabins and other facilities on board makes a cruise ship a prime target for being enlisted. We cannot say no, unless the situation could endanger our own ship or we have an emergency of our own. Having to make Half Moon Cay on time is not a good excuse. 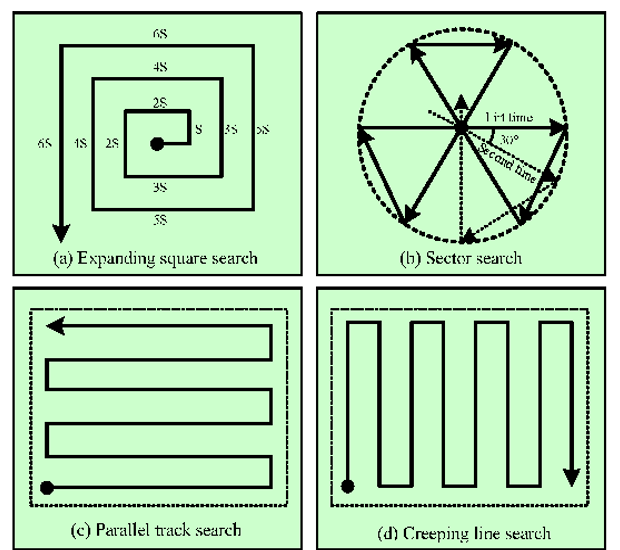 Various patterns. If it is one ship then it would normally do a,b, or c, if there are more then you can do pattern b  by splitting the sectors up and  have a sector re-searched by a second ship.

So say a person has been lost overboard. If possible helicopters or spotter planes are dispatched and they start looking. That might be enough but if the location is too far out at sea then the ships have to do it. To make sure that we, and other ships, do not just sail around randomly, SAR has standard search patterns. The Coordinating Coastguard will assign a certain pattern (we look in the manual to see what that is) and then sail it accordingly, while keeping a sharp look out. If we find the person and the ships hospital cannot handle the situation for a prolonged time, then the coordinators will ensure that somewhere there will be a rendezvous point where ship and helicopter can meet for a medivac. In the meantime the Media will have gotten wind of it, so our head office will get involved to keep them abreast of what is going on and ensure that the correct information is disseminated. 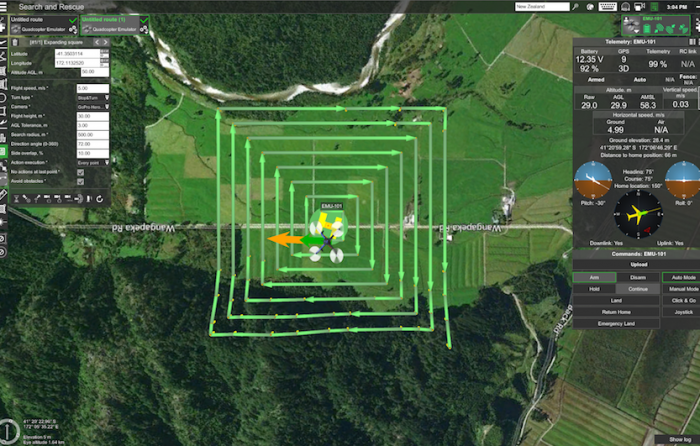 Shore side does the same thing.  And new inventions are introduced. This was published by a company called  Ugcs which is now using drones. But still follows the same SAR pattern.

Tomorrow is the end of our cruise and we will dock in Port Everglades around 06.30. It will not be as busy as last week as there are only four cruise ships scheduled. We are number 3 in the parade and we will dock at our regular location of Pier 26.

Weather: A sunny day with maybe a rain cloud somewhere in the sky and a gentle breeze. 79oF / 26oC. It has been a very nice cruise.