The weather did what it was supposed to do, follow the Trade Wind rule and have the wind blow from the East. Thus the dark clouds that gathered during the night time (see my Caribbean cloud story from a few blogs ago) dissipated with the sun warming up the atmosphere and we had a glorious Caribbean day. Quite warm but the Trade Wind did blow through the port and that made it bearable. We were in port together with the Norwegian Bliss (4990 guests) and both ships docked at Havensight: that is the downtown cruise ship dock. Otherwise known as the pier of the West Indian Dock Company.  So together with our 2500+ guests there were about 7500 guests ashore which is nothing compared to what St. Thomas can handle. Put a few RCI mega liners in and you go well over the 10000 for a regular day. So it was a nice and quiet day for St. Thomas. And no traffic jam to and from downtown around the bay

Havensight is very sheltered and I am still waiting for the first cruise ship that does not lower a lifeboat here for practice, or all of them for a drill. Both ships did so today so around 11.00 it was a nice controlled chaos of about 15 lifeboats in the water happily milling around while waiting to be picked up again. We could have had 23 of them in the water but while the Norwegian Bliss lowered all their Port side boats, we lowered only a few of our Starboard boats. Our training was focused on 3 boats today and thus the other boat crews had a bit of a reprieve. 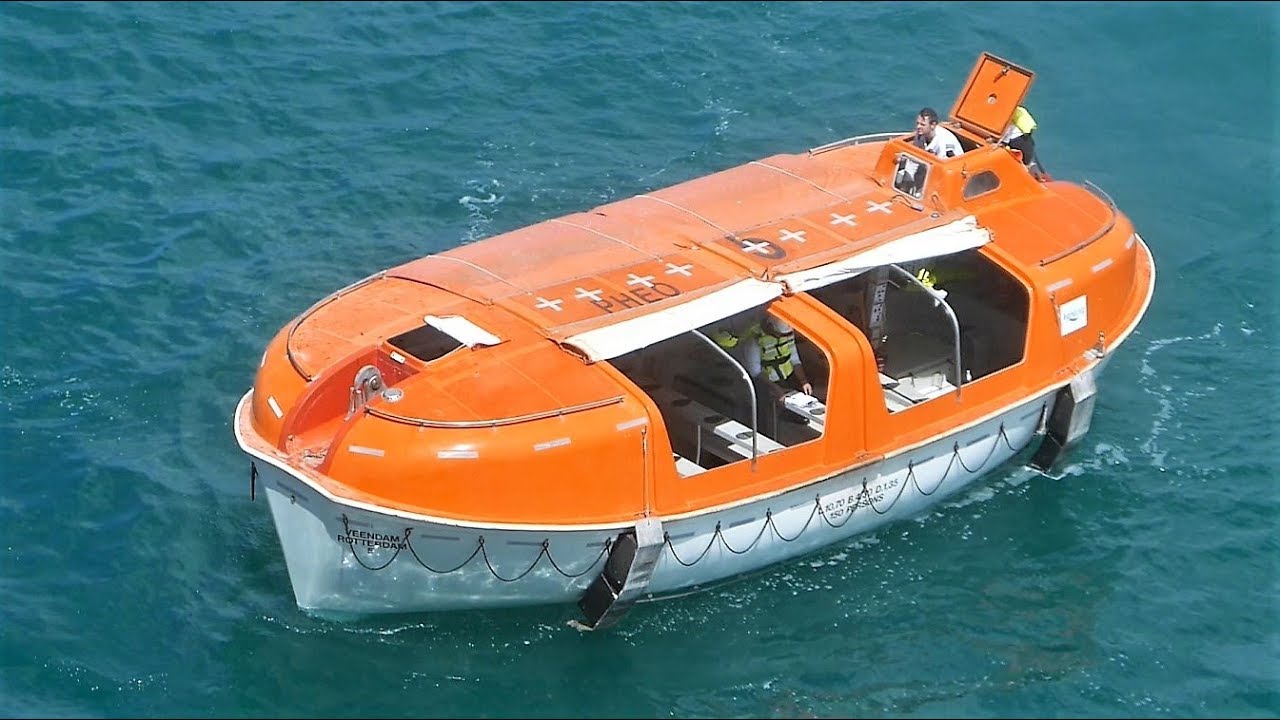 Do we get into a tangle with so many lifeboats in the water? No really. First of all every lifeboat knows how to get back to Mama but also from the bridge it is most of the time easy enough to see where the lifeboat belongs as they do not all have the same color. Company’s vary with their color schemes and as the lifeboats are a prominent part of the superstructure of a cruise ship, and thus very visible, they at once become part of the designers focus. 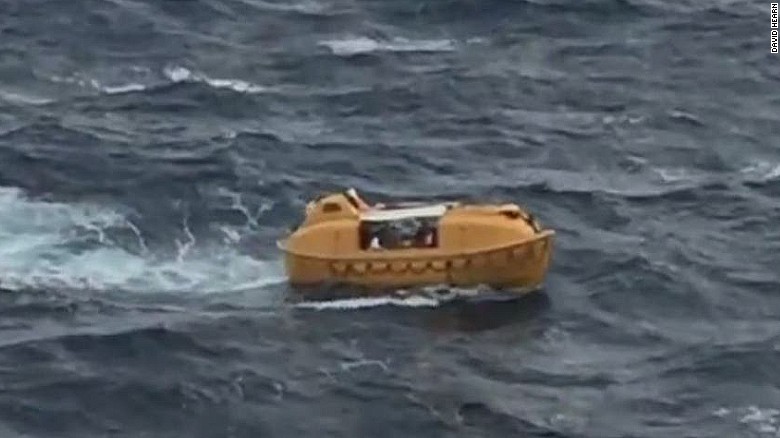 Disney and RCI use yellow.

A designer cannot just do anything he or she wants but there is some leeway with colors. Solas (Safety of Live at Sea = which regulates all safety on board the ships) requires that a lifeboat shall have a clearly visible top. So a lifeboat with a blue or a green top is not allowed as you cannot see it from a helicopter or from a ship that is searching for survivors. But as long as colors are approved as “clearly visible“designers have some leeway. Most prevalent is orange. We as a Dutch company use orange as it happens to be our National Color and it is clearly visible.  Royal Caribbean decided some years ago to go completely yellow as it looked good with their white/bluish hulls and yellow/blue lettering. Disney has yellow as well as it works with their black hull and red funnels. Norwegian Caribbean went a number of years ago for a sort of dark pink / reddish purple / burgundy which fits in their color scheme. And I have seen container ships which had fluorescent pink. Not my preferred color but they were extremely well visible in a spot light. Fire engines in some countries have that color as well or at least at the front so you cannot mistake them when looking into your car mirrors. 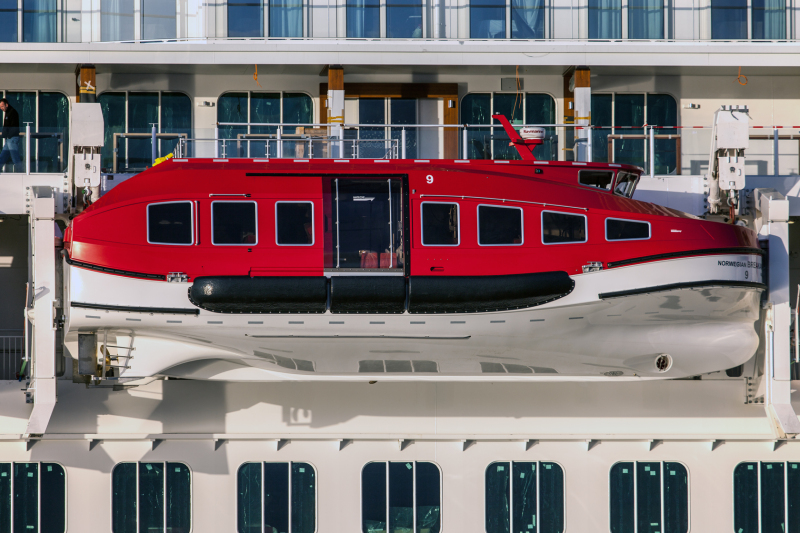 NCL is using this red burgundy or purple color which eventually goes to a dark pink under the influence of the sun.

So today it was easy, Orange belonged to the Nieuw Statendam and Purple/pink belonged to the Norwegian Bliss. Not much chance to get mixed up. In my whole career I only know of one occasion where there was a mix up. Also here in St. Thomas. The year was 2006 and the Xdam and the Ydam, identical sister ships, where docked together at Havensight. And both held, as one does, a full lowering exercise. Thus 8 boats of each ship into the water. 16 boats in the water and both bridges were desperately trying to keep the boats that went happily “sightseeing” apart. Boat 3 of the Xdam then returned to davit 3 of the Ydam and was duly picked up. The Deck crew of the Ydam only realized what was going on when the Xdam 3 appeared above deck when fully hoisted. The boat was lowered of course and sent to where it belonged. Now HOW WAS THIS POSSIBLE? I am not a mathematician but it would be interesting to calculate the odds. The boat commander of lifeboat nbr 3 of the Xdam had been transferred from the Ydam to the Xdam the week before. On the Ydam he had also been commander of lifeboat 03. (How big are the odds for that?) So when Boat 3 of the Ydam was called home, this commander just reacted by reflex, followed last week’s routine and went back to where he had been returning to during drills all those weeks before.

Morale of the Story: make sure that if you have two of the same ships doing the same drill at the same time, that the ships work on differently VHF frequencies and that all Lifeboat commanders have been clearly instructed about which channel to listen out to.

Tomorrow we are at sea heading towards Half Moon Cay. We have the wind and the current in the back so what can bother us. This is shaping up to be a very nice cruise.