I am somehow not in synch with the world leaders as every time, just as I have published my blog, something exciting happens. Same yesterday, I put my blog on line by 1600 hrs. ships time; early as I had to go on standby to teach the cadet and at 16.30 hrs. the Captain received orders to stay in port and send all the guests home.  After careful consideration the decision was made to abort our cruise and ask the guests to fly home, as at this moment they would still be able to reach home. As well as in the Europe, as in the USA and anywhere else, the countries could stop all (international) travel by Monday. Mexico is not yet in lock down as there are hardly any cases here but that might well happen as the numbers in other parts of the world continue to rise. Most of Europe will reduce travel and movement as of Monday and then it might become extremely difficult to get home.

Thus wheels were set in motion to get our 700 guests safely home. The captain made several announcements to alert all the guests and crew and then the Holland America Line Travel Organization took over. For those with HAL travel arrangements it was all quickly done, for those with private reservations (or no reservations as they came by car either in San Diego for Fort Lauderdale and were doing a back – to – back) the company helped with arrangements. For that purpose Guest Services had set up a relay system by which every hour or so the guests of one deck were called down and arrangements were then made.

The whole ship was then mobilized to assist the guests with disembarking. The first departures from the ship were very early in the morning and the last ones will be at 18.30 tonight. From that early moment on, the cabin stewards were standing in the corridors with trolleys’ so the moment a Cabin door opened, the trolley was there for the luggage. An abrupt change like that has a multiple impact on all the running operations of the ship. Guests who as late as 1600 hrs. put out their laundry, now needed it back ASAP before they could start packing. So also the Ships Laundry, went on high alert. They waited until 21.00 hrs. for the last laundry to come in, and then made sure that everything was dealt with quickly and went back rapidly to the guest to pack.

Then apart from the Guests also the “crew” with guest status were disembarked today. Such as the Billboard on board Piano players and the Lincoln Art quartet. We were already sailing with a lower number of entertainers and lecturers than normal as they were not allowed to transfer from other ships or could not get flights from home. Yours truly was already roped in last cruise for extra lectures and the idea was to do this again this cruise. Plus, as the Panama Canal narrator was not coming on board, I would have been narrating that all day long as well. But that is not needed now. 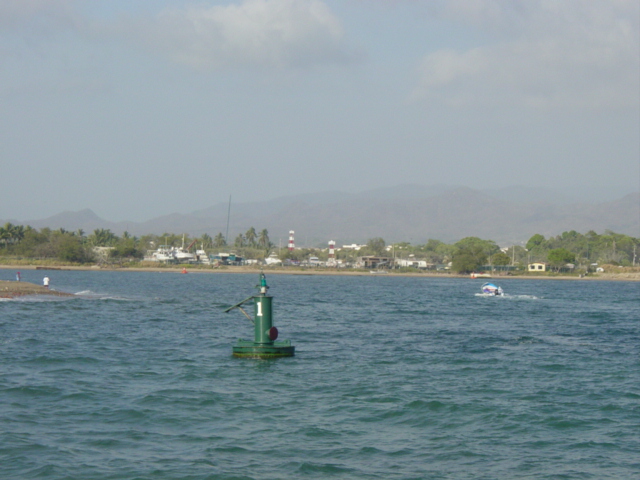 I am not going to post pictures about the Covid -19 or Corona Virus. See here what Berth 3 looked liked in 2000. The red towers are the leading lights into the harbour.

What is going to happen now? We do not know. The company, and we here we mean Carnival Corporation has to redirect all the 150+ company ships and the ms Rotterdam is only one of them. We will stay overnight here in Puerto Vallarta for a second night and then the captain will receive further guidance for the next step.  We were supposed to be one of the last ships to disembark our guests, at the end of our regular cruise; now we are one of the first ones, but our sisters ships are also on the way to home ports.

If you want to see where they all are, we are on the ships use marine traffic:

Which gives an almost real life time position of the ships. Plus what ship it is. The website still gives Huatalco as the next port, and that is because when we prepared for departure yesterday afternoon at 15.30 hrs. That was what was put in the AIS transmitter. It will be changed the moment we receive orders for our next destination.

Once the company has decided when we should go through the Panama Canal, we could meet again if the company would decide on a joint anchoring area. Or we could be directed to go somewhere else. We just wait as there are too many factors in play to make even an educated guess. The ship is fully fueled, fully stocked, and because we were in motion for a 14 day cruise with guests, we have now ample provisions on board for a much longer cruise with crew only. Tomorrow we will know more. 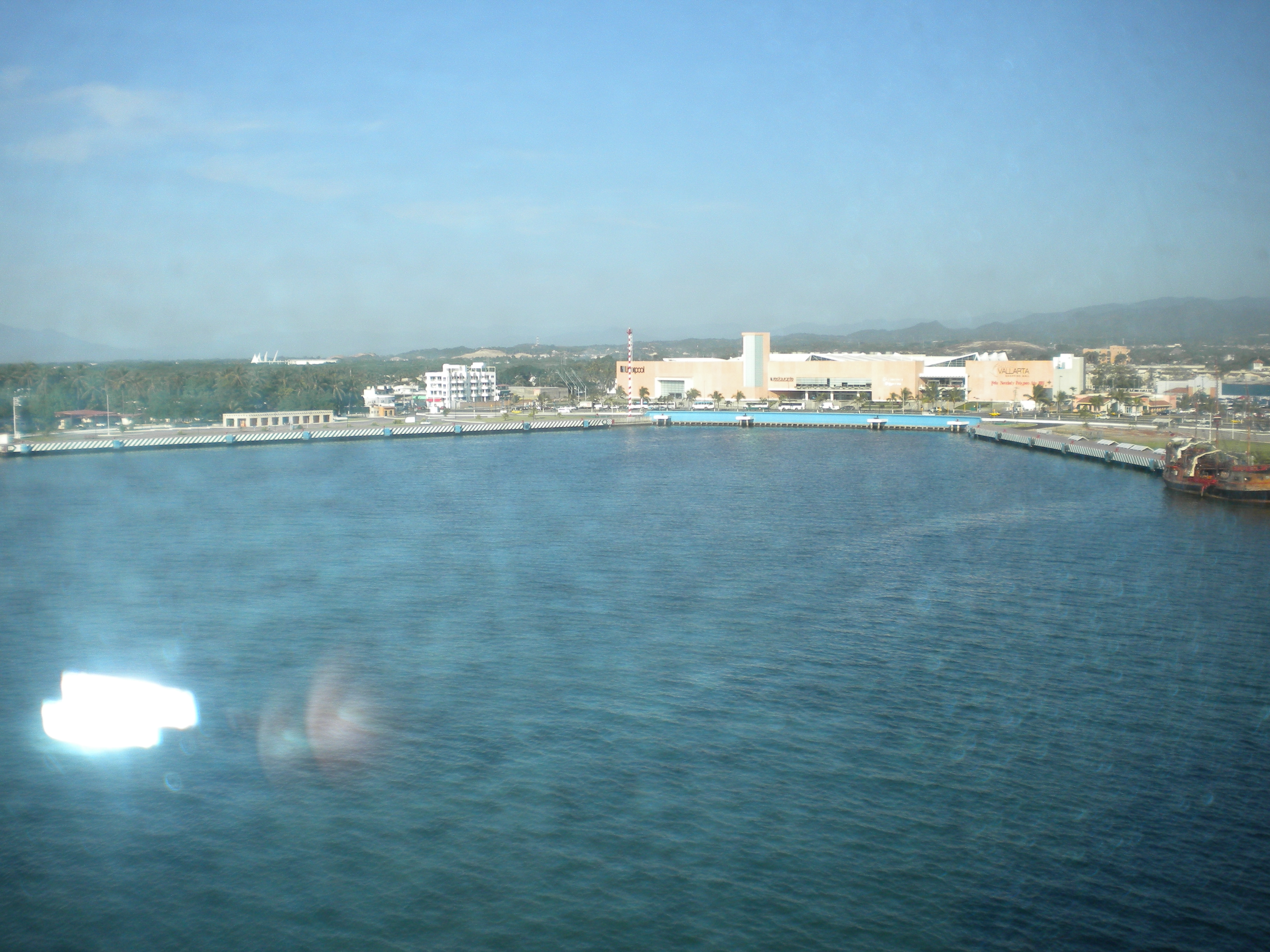 And this is 20 years later. At the left side of the main shopping mall is a red /white blocked pole which is now the leading light by means of a sector light, so you do not need 2 towers/poles any more.

The Puerto Vallarta authorities have advised that the dock will remain available. With all the cruise ships coming to stand still, there are no ships coming to Puerto Vallarta either and thus we are welcome to stay at our pier as long as is needed.  This gives the option for the crew to go ashore a little bit and I hope that they will do so, as once we start sailing it could be quite a long time before we can get ashore again. So we will see how things progress.

The weather in Puerto Vallarta is still beautiful and will also be so tomorrow. Partly Cloudy 29oC / 84oF and a gentle breeze. Tomorrow is also a National Holiday in Mexico but I have no idea if the Mexicans are going to keep it low key or not.