We have two sea days to get back to Fort Lauderdale and today is the first one. We are sailing with the wind and the sea and thus it is perfect weather on deck. Although one guest was complaining that it was now too warm because the breeze was gone. I tried to explain the concept of following wind but that was too nautical a topic to really understand. So I tried to explain it by using a cabriolet car as an example because then you have the same effect on land. But the comment was “Don’t like open top cars”. So I did not get very far. But most guests enjoyed the fact that they were not blown all over the place, when stepping out of the shelter of the superstructure, as happens when going the other way. 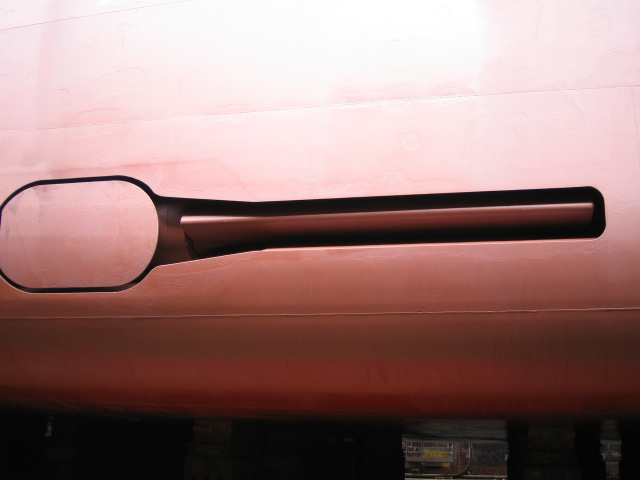 The starboard stabilizer of the ms Veendam in housed condition. When needed it is pumped out from left to right and then a flap at the end provides an opposing lift in relation to the ships movement.

The only challenge we have is the moving ship. The Captain has the stabilizing system going but we have a following swell just under the wrong angle with the stern. It is the same thing as what you experience when on a cruise towards the Panama Canal. The day before, the ships sails north of Colombia and Wind and Swell are normally with us as well then. And again under the wrong angle to the ships heading. If the swell is right behind the ship, same direction as the ship, then the ship might pitch (bow going up and down) but that would only be in very bad weather. If the swell is fully on the side, the stabilizers will take care of it, at least up to 90% of the roll. A percentage that is the same for all stabilizing systems worldwide. The problem is with the swell under an angle, especially when under a stern angle. The gyroscopic system that directs the stabilizers has a hard time sensing the movement as it is a combination of pitching and rolling and more importantly it is not a continuous movement which it can adjust to and then compensate for. And thus the stabilizers do what they can, but the swell is often too variable. And thus on occasion we yawn and heel bit. (The nautical word for lurch)

I can give a whole technical explanation, but You Tube can do it much better: https://www.youtube.com/watch?v=A2QfV11XYD8

What is absent here are birds. If you sail on the Pacific side of Middle America you have birds hanging around the ship constantly. Mainly starlets and brown boobies but they are there, either resting on the ship (to the great distress of the Bo ‘sun who has to clean up after them) or hanging on the uplift caused by the bow and hitching a gentle ride this way to wherever they want to go. No so much on this side. Close to the coast we have the occasional seagull or a small lost bird, blown off track and recovering on the deck but we do not have the constant companions we see in other parts of the world. I am not an ornithology expert so I have to assume that in the Caribbean basin there is no type of bird present who hangs out at the sea in the shipping lanes. A pity for our guests who now have to content themselves with the occasional fish, dolphin or whale, but I know the Bo’sun does not mind it at all.

Talking about fish, the question sometimes arises, do we see Whales in the Caribe? Yes we do although a whale is not a fish but a mammal, but it does look like a big fish. Some are passers by on their migration journeys, some (such as humpback whales) concentrate in certain areas such as the East side of the Dominican Republic. At the cruise port of Samana there are even tours to see those whales. When Holland America calls there, the ship offers these tours as well, conducted by company’s who engage in sustainable whale activities; which basically means the boat skippers know that they are there for the whales and the whales are not there for them. So the tours are conducted in a whale friendly way. Then of course we have dolphins everywhere, from big to small, although the smaller ones are known under the general name of porpoises, are pre dominant. They indeed do like to ride the bow wave but only with a certain speed (mostly 12 to 16 knots in my experience) but they do not seem to like following winds and sea as I cannot recall ever having seen them when a ship is sailing with the wind and the sea. As we are doing now.
Late this afternoon we will pass The Grand Turk and Caicos Islands & banks at a distance of less than 10 miles and then we might see some shore side wild life again that uses the islands as a home base. Then after the Caicos we have open sea until we come to the Bahamas. We call it the Grand Bahama Bank but officially it is called the Bahama Archipelago due to the numerous islands which together made up the bank and the territory of the Bahamas.

The weather tomorrow will be of interest as there is a small frontal system coming over from the Gulf of Mexico. That gives as forecast sunshine Nassau and rain in Freeport. Our course lays right in between those port when we sail through the North West Providence Channel. So the question will our course line be on the sunny side or on the rainy side. Sun Block or Umbrella ? 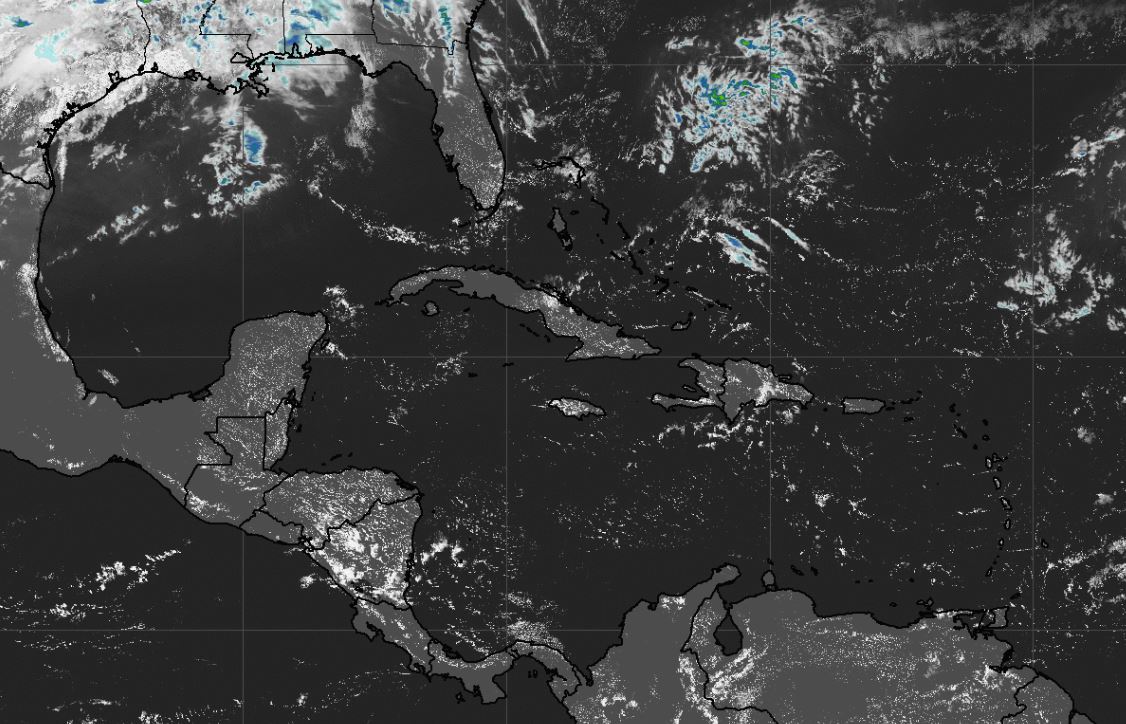 The satellite photos of today. Nice and sky skies with only small areas of cloud. But a weather system with rain is laying over the Gulf and approaching Florida and will be over the Bahamas by tomorrow afternoon.