What HAL does in Asia? Holland America employs since 1971 Asian Crewmembers. This came about due to the rather progressive tax regime that the Dutch Government embarked upon in the late 60’s. Contrary to some other countries, the Dutch crewmembers had to pay full tax on their earnings. This meant that the wages had to go up and that made the cost of a cruise ticket prohibitive.  HAL management had the option to forgo the passenger ships and concentrate on cargo only or, to do something that would keep the wage cost under control. As a result Holland America experimented with Indonesians, who were from a culture that was used to the Dutch (and vice versa). Indonesia had been for 300 years part of the Dutch Empire until Independence came after the 2nd world war. That made it easier to understand and work with the Dutch Officers who remained running the ships. The change over was very successful and the situation has remained the same until the current day. In the late 70’s and early 80’s Philippinos came on board as it was found that certain skills could not sufficiently be sourced in Indonesia.  Carpenters, locksmiths, Upholsterers, Bar tenders etc. A situation that also continues to the current day.

Until about 15 years ago, new crew that came on board learned by “Osmosis” what their duties entailed. Training on the job. That worked quite well as there were not that many different functions on board. A dining steward, was a dining steward and carried out a standard function in a standard dining room lay out. To stay with that example; then speciality restaurants arrived, free style dining was introduced, more menu choice, etc.etc. and that asked for more skills.  Compulsory training for those at sea explosively increased.  Learning on the job did not suffice anymore. Similar things happened in other departments as well and the need for more formal training arose.

Holland America reacted with the formation of a school system in Djakarta, called SS Djakarta, as it was run as a ship. (This was during the days that the company still operated Steamships, hence the SS)  In 2003 a new school was founded, a complete new building was erected and the school is now called MS Nieuw Djakarta. (MS as we now have Motor Ships and no more steamships) A similar project is also running in Manila but there it is fully focussed on kitchen personnel. 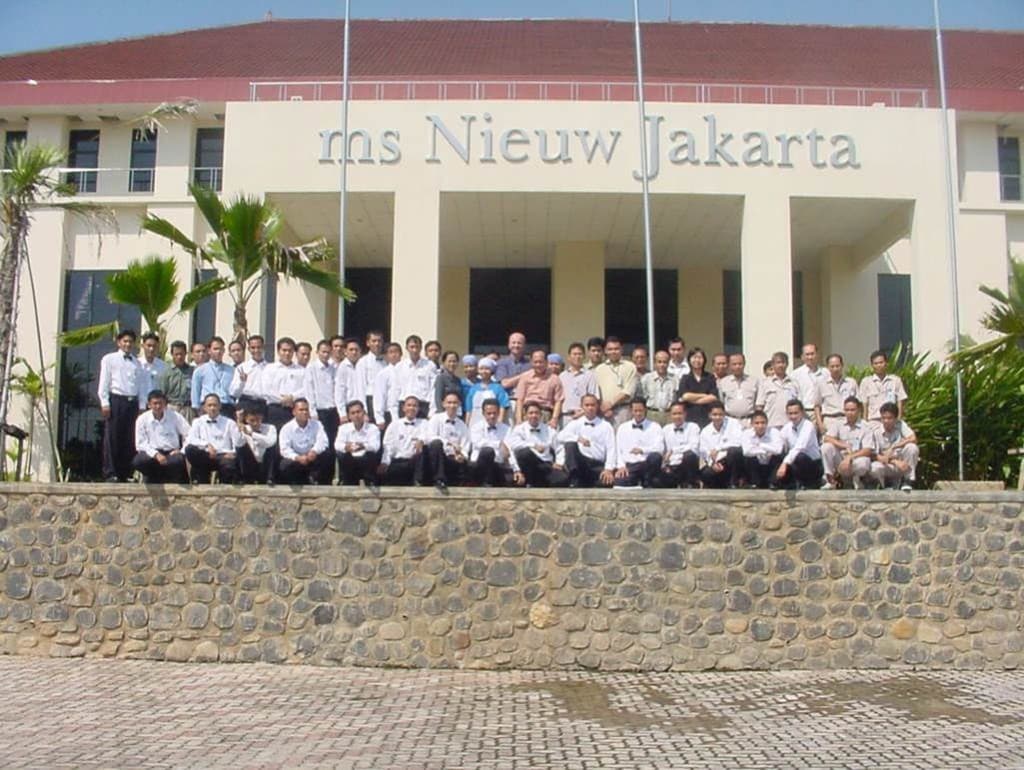 The school is located east of Central Djakarta in an area called Cikarang. It provides training classes to students, who are the future crewmembers, for Deck, Engine and Hotel.  The training periods vary from 5 day courses to 25 days. The latter gives a full prep for a function on board or a full English curriculum.  The courses are as diverse as becoming a laundry attendant, learning to swim, to being fully versed in the company’s alcohol policy’s.

The school is led by an Indonesian Staff under the leadership of an Academic Director. Overall Management and the company connection is the responsibility of an ex Holland America Hotel Manager who is known as the HAL Representative.  In total 45 persons are fully employed at the school. 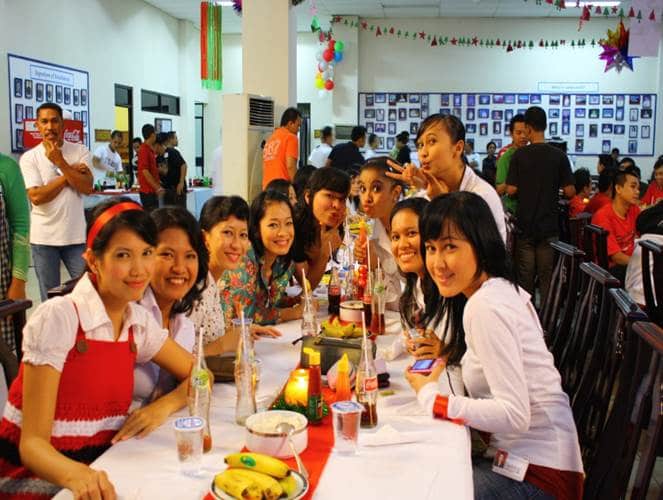 The Lido Restaurant with some very happy future crewmembers.

During the period that a student attends the school, he/she sleeps at the school where there is a dormitory system.  The classes and the free time is all ran, as if it is a real ship, to such as extent that the cafeteria is called The Lido.  The Teachers and the Crew wear uniforms and only private clothing is worn during the recreational periods. 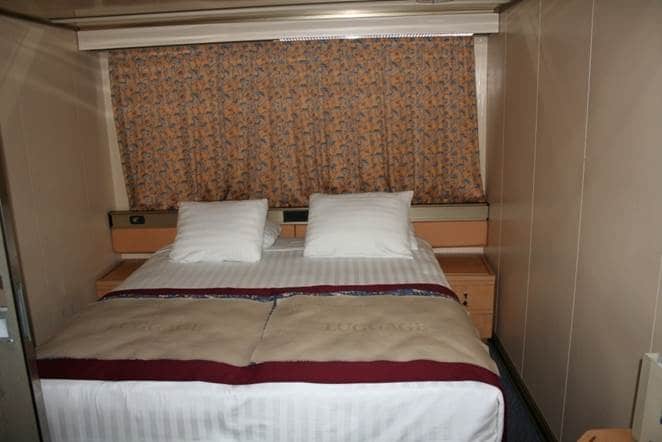 A mock up cabin for housekeeping training.

When a student is ready to go sea, he/she is assigned to one of the ships and then the real life starts. If all goes well on board, there will be a moment that the crewmember is ready & recommended for promotion. Then he/she will return to MS Nieuw Djarkata for the next training session, before promotion can be approved. 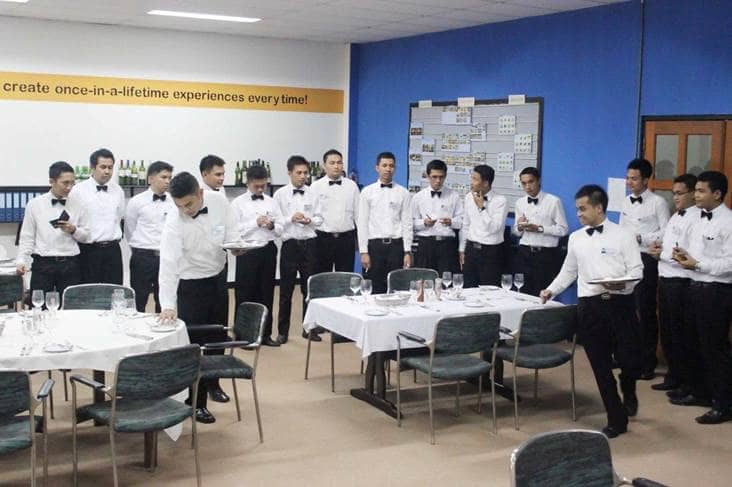 Through the years I have seen that the system really works well. Crewmembers come more confident on board and have fewer issues with adapting to shipboard life. They also know that promotion comes with skills and further learning and that this is the same for everybody. All in all it is a great system and makes it a lot easier for shipboard management to maintain the HAL standards. 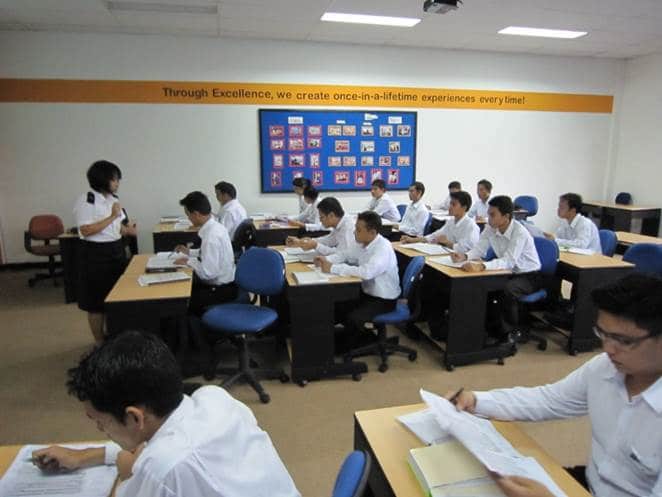 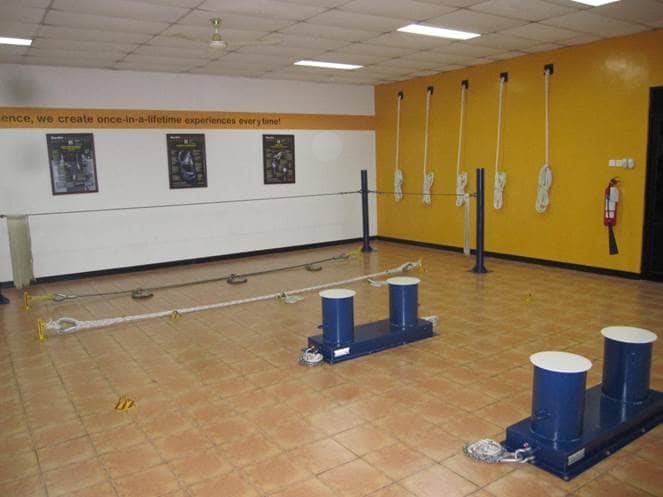 With a BIG thank you to Mr. Joost de Raad, Hal Representative at MS Nieuw Djakarta for providing the photos.