It is always nice if the weather does what the weather forecast says it should do. But it did. It followed exactly the picture of the weather chart I showed yesterday. Hardly any wind at all while between the islands and then slowly starting to breeze up once we cleared Hispaniola. Now the wind has reached full trade wind force as we are nearing the middle of the Caribbean Sea. Then tomorrow when we come close to Aruba the wind should abate again somewhat but we will have to see if it will really happen.  In the meantime the guests could enjoy a very nice day at sea and the captain was getting them in the mood already for Aruba as it will be Carnival Day there.

Carnival in Aruba is not a one day affair. It starts on January 5 and ends on 5 March 2019 so the island is in a very happy mood for two months in a row.  The island has about 15 Carnival Groups, something similar to the Samba schools of Rio de Janeiro that make up the parade over there. Looking at the schedule……………………

…………………there is something going on nearly every day but this coming Saturday and Sunday are the two big parades which sort of conclude the two months of festivities. 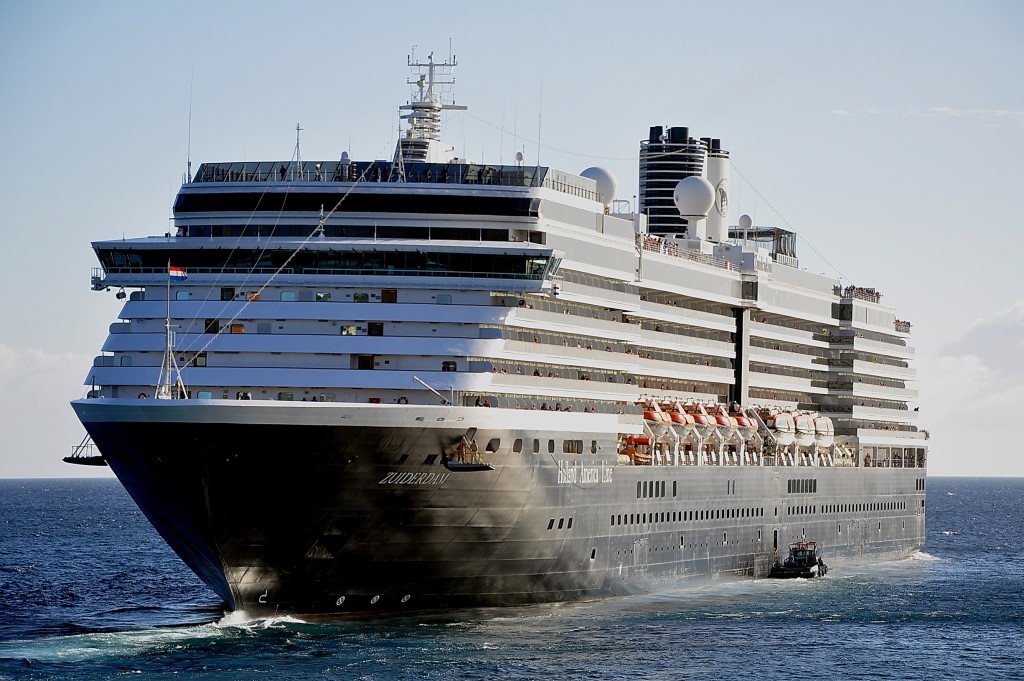 One from the archives. The ms Zuiderdam arriving at the Oranjestad, Aruba pilot station, For reasons unknown she is going astern and thus the pilot boat is facing towards the stern.

For me the most important thing is if the road is free to the airport. Tomorrow I will be leaving the ms Zuiderdam to transfer to the ms Volendam. For that I will fly from Aruba to Atlanta, stay there overnight and then fly on to San Diego and join the ms Volendam on 04 March.  I have a night in Atlanta because if I do it in one day, then I might miss the connecting flight as I have to go through USA immigration first. I always allow 3 hours for that.  I have been coming into airports where the immigration hall was empty and I was through in 5 minutes but I have also been standing in line (in New York) where there was a plane from Tokyo and Tel-Aviv ahead of our plane, and the cumulative language barrier slowed the whole process down considerably.  So I allow time.

That does not mean that I was already packing today but faced a full day’s work of refresher courses for the Hotel crew and a review of the Engine spaces.  On the bridge the whole bridge team was under review as well as we have currently a Fleet Captain on board.  So this week the ms Zuiderdam was blessed with a Fleet Master, me, and a Fleet captain, Captain Pietro Sinisi.  He does on the bridge what I do off the bridge. While his focus is to measure the competence of the bridge team, my focus is to enhance the compliance quality of the whole ship, outside the bridge procedures.  While my job stays my job as it is the progression in seniority and experience; a Fleet Captain is assigned for two years and then returns to being a regular captain again. Captain Sinisi comes from Costa and he will return to the Costa Fleet in July when his two years are over. 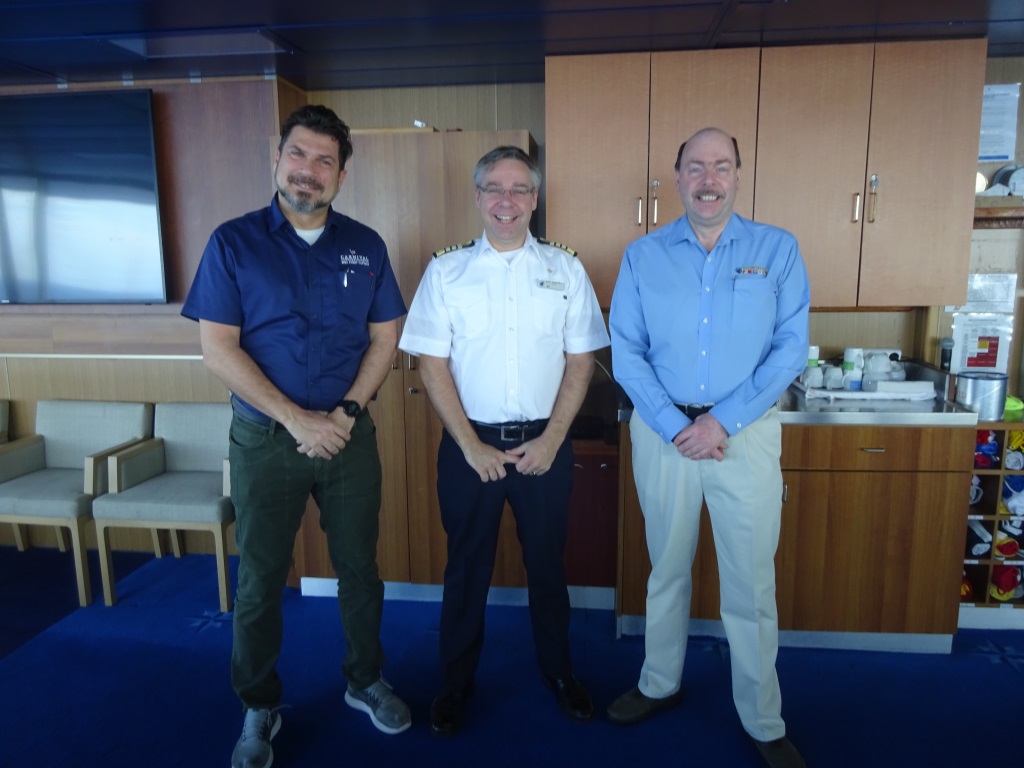 So what is a Costa captain doing on a HAL ship?  It is called cross branding and as we are now one happy Carnival family each brand puts forward a captain who for two years will be a Fleet Captain. We had from our side Captain Sybe de Boer (now master of the Nieuw Statendam) and last November Captain Jeroen Baijens (ex Noordam) took over and will be in that function until November 2020. And he will be visiting the other brands of the Carnival Corporation.

So what does the Fleet captain do?  He verifies and critiques the bridge operations based on the standards set by C-Smart our simulator facility in the Netherlands. He watches the bridge team operate and he attends the briefings conducted by the Captain for the coming ports and the running of the cruise. A fleet captain is normally on board for 7 days so he sees sufficient arrivals and departures to get a good picture of how the Navigation Team works and if it is up to standards. I do not think there will be much of a problem on the Zuiderdam.

As said, I will be leaving the ms Zuiderdam tomorrow in Aruba and so there will be no blog for the 2nd and 3rd of March, as I do not think that the Atlanta Hilton is high on the list of interest.

Weather for Aruba: mainly overcast with a temperature of 79oF or 26oC. I do not know what the locals think about overcast weather on Carnival Day but for the guests it might just be very nice.